Instagram ads for app installs could be a major engine for getting more engaged users.

This is the upshot of a study released today by mobile attribution/analytics firm Adjust, which looked at how well users engaged with apps downloaded through ads during a private beta test conducted by the picture-sharing network this summer.

The study included display ads as well as app-install ads, but Adjust looked just at the engagement of users of apps installed from Instagram ads with “install now” buttons. Adjust released only a few metrics, but they show what CEO and cofounder Christian Henschel called “incredibly promising results.” 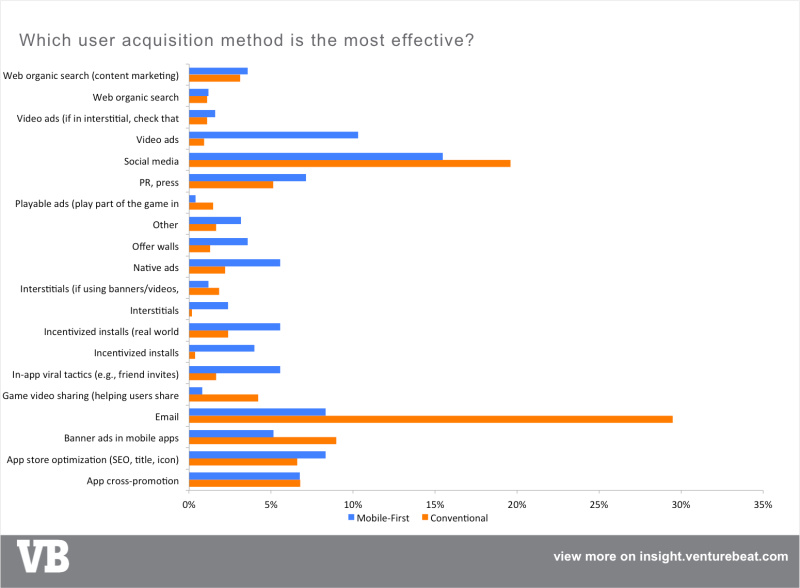 Above: Social media is one of the most effective methods of mobile user acquisition, according to a VB research study.

Post-installation, users spent 70 percent more time in the app when it was downloaded via Instagram ads than did those who had downloaded the app in other ways. When measured two weeks after the install, they stayed with the app 20 percent longer.

This engagement occurred primarily in lifestyle apps on both iOS and Android devices — dating ones like Tinder, shopping ones like Zalando and Amazon, and fashion apps. The Instagram test also included advertisers from the gaming, ecommerce, and travel industries.

Additionally, the number of distinct sessions was 15 percent higher in apps that were downloaded from the Instagram ads, compared to apps downloaded elsewhere.

Henschel said these few but intriguing findings mean that Instagram’s user base of about 300 million users will “open up as a major new channel” for app publishers. Users who spend more time in apps, and who return more often to the app, are more valuable to publishers because they are more likely to purchase app-related offerings or to spread the word about the app. 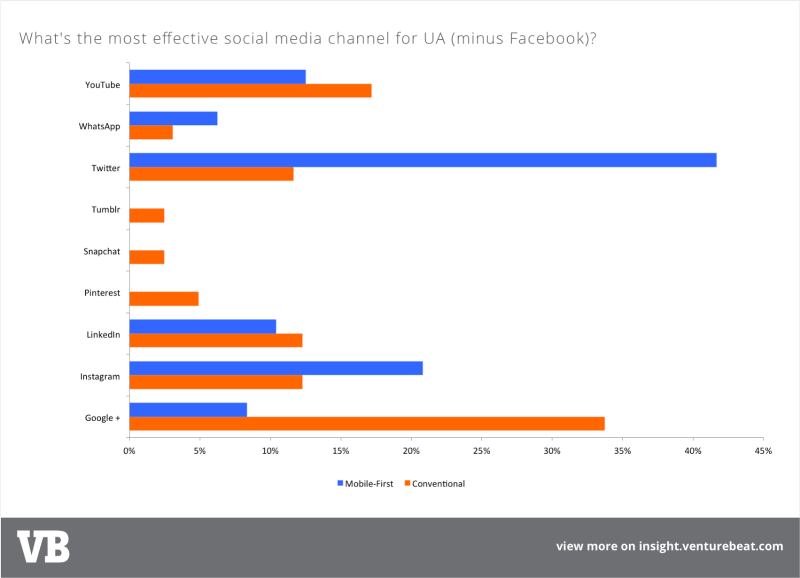 Because of Instagram’s focus on “celebrities and brands across categories like lifestyle, leisure, luxury, retail, and travel,” he said, the lifestyle apps advertised for the beta “were a particularly good fit for this audience.”

“The audience and product alignment are there,” he said.

He also noted that native ad formats, such as the ones used in Instagram that blend with the surrounding editorial content, are “less disruptive to the overall [user] flow.” Such ads seem to fit in more with the subject at hand, like a fashion-related app in a feed of photos of designer clothes, so there is a greater willingness to engage with them.

The photo-sharing network started offering ads about two years ago, but with a limited number of formats for a select group of advertisers. Last week, Instagram announced it is now offering additional formats such as video ads, and that it will open up its advertising to any company by the end of this month.

Instagram recently reported it has seen boosts in app installs from ad-install campaigns. In a blog post last week, it said that fashion site Gilt Groupe “ran a campaign that drove an 85 percent lift in app installs.” It also noted that game developer Kabam acquired “new players that stayed in their game longer and purchased more.”

Adjust’s study used a sample size of nearly 100,000 users who had installed one of the apps from an Instagram ad. It looked at the 106 advertisers in the test that use its platform, and that were employing Instagram’s new actionable ad format with “install now” buttons for downloading apps.

As a Facebook Marketing Partner, Adjust employed an API to attribute users to Instagram campaigns, and then its own SDK provided data about app usage after the install. The company said its SDK reaches apps on about half of the world’s smartphones, with 1.3 billion live instances.