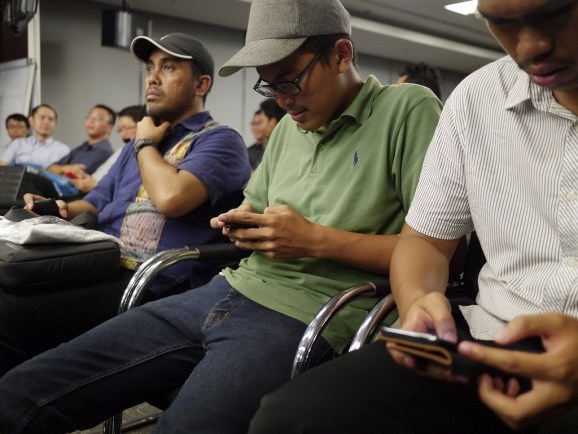 Global connectivity has reached the point where a kid can develop a mobile game in his garage in Kansas, release that game into the various app stores of the world, and have downloads from Portugal to the Philippines by the end of his evening.

This capacity to “go global” from day one stems from a combination of powerful, low-cost Android smartphones and advanced mobile networks in the developing world. There are now more mobile devices than people, and rapid technological advancement has in turn created a rapid upgrade cycle from feature phones to smartphones. The result is an unceasing, and altogether necessary evolution in both the app universe and the mobile adtech ecosystem.

If our hypothetical Kansan app developer is looking to monetize his game through advertising, then he’ll need to make sure he reaches these new global users with highly targeted, relevant ads. With nearly three million apps across the App Store and Google Play, his game could easily get buried under an avalanche of similar apps, no matter how innovative or groundbreaking it might be.

So how do you break through the noise? How do you deliver ads that resonate with a diverse, large, and international community? How do you effectively monetize via in-app advertising? These are questions that face every app publisher today, whether they’re a solo coder in a garage or a well-known corporation.

With 3.7 billion unique mobile subscribers in the world today, roughly 73 percent of the world’s population is using a mobile phone. 70 percent of this group lives in emerging economies — not in the brand-soaked regions of the United States and Europe. For many of these users, their smartphone is their primary connected device. Moreover, growth in emerging economies is also fueling an unprecedented expansion of the middle class. This, in turn, facilitates soaring consumer spending on goods and services. These trends represent huge opportunities for any aspiring app developer, no matter where they happen to be developing.

Most users within emerging markets are discovering the exciting universe of mobile apps and games for the first time. When marketed to at all, they want to receive marketing messages from brands in languages they understand, with offers they can easily act upon with a click. Customers in Venezuela and Vietnam will each want to see highly targeted, language-specific display, native and video ads that are relevant to them.

Delivering localized ads at scale is a tall order, but a necessary one for any developer that hopes to gain headway outside of their home market. It requires working with a mobile ad platform that allows the developer to easily pull from demand sources in markets around the world, without having to spend too much time configuring that demand within the inner workings of the platform itself.

Ease of use is paramount in order to even have the time to figure out what will be effective, relevant, and targeted — market-to-market. Too often app developers and publishers rely on a multitude of cobbled-together demand stacks, each with their own unique interfaces, and the complexity of trying to fine-tune each of them for all of the unique markets and languages of the world is daunting, to say the least.

I’m certain most developers would prefer to be spending time on the next iteration of their apps or games, rather than attempting to architect ten different demand-side platforms who may or may not even have inventory for the emerging markets now heating up smartphone sales around the globe.

We’re clearly starting to see “real” money spent specifically mobile-first.  Advertising budgets are beginning to consider mobile as a (or the) primary channel. The next Flappy Birds — the one so popular that a developer actually removes it from app stores — is continuously around the corner. The only way to keep up with the rising tide is with global, independent, mobile-first integrated platforms that easily connect these local publishers to the seemingly endless global budgets that are frantically trying to find them.

Jay Hinman is the VP of Marketing at Smaato.