Justin Hefter wants to change the world through games. He hopes to create lasting peace one relationship at a time, mainly by getting people from different cultures to play games with each other. That’s why he launched Bandura Games, which was created to promote world peace by three founders: an American, an Israeli, and a Palestinian.

You can chuckle about his plan if you like, but he’s dead serious. After all, fun should have no borders. The company is launching an Indiegogo campaign next week to raise money for its first project, dubbed RunZoo, an endless runner mobile game.

“One of the goals of the campaign is to help create partnerships with international groups and large brands to get it into the hands of young people,” Hefter said.

The story in the game doesn’t relate to the Israeli-Palestinian conflict. The characters are cute animals, escaping from a zoo. They’re running to a land far away where the animal kingdom lives in harmony. But you need help from friends to get there. So it encourages cooperation. On top of that, it incentivizes players to make friends with other players in different countries. Initially, the relationship with a friend starts out anonymous. Over time, you find out where they are from, and you can add each other as friends. The animals come from a variety of regions. 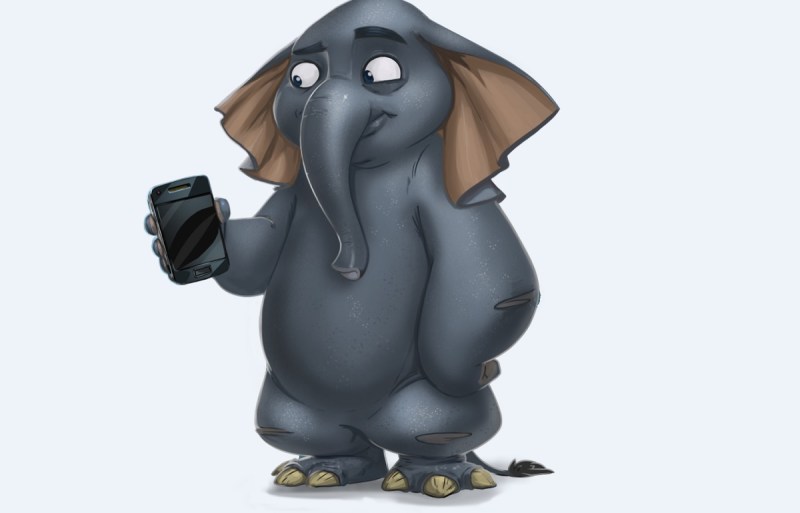 “That’s what makes us unique as a game company trying to make a positive impact in the world,” he said. “We believe any game has a positive impact, but the features built within can share a lesson.”

Hefter graduated from Stanford University in 2011. He helped put together Jews and Muslims on campus through coffee get-togethers.

“I always wanted to scale it up,” he said. “Of the platforms that can provide fun and shared connections for people, games are best. I felt we have so much in common. In the Middle East, we watch the same sports. Play the same games. Our pairing system is based on mutual likes and interests. We want to create relationships that would have otherwise never happened, through games that anyone would find fun.”

Hefter felt like he wasn’t contributing enough to the world. He quit his job as a management consultant and traveled to Israel. In January 2014, he started the company. During his time in Israel, the Gaza war broke out. His cofounders included Etay Furman and Ammoun Dissi.

“We were in meetings while rockets were falling,” he said. “We would take a pause during some of the booms and continue brainstorming. A lot of relationships were severed and people were dejected. I left uplifted. In the midst of darkness, we created a bright spot of light.”

It has two full-time people, including chief creative officer Randy Angle, and nine contractors. He raised $100,000 from friends and family. The team is diverse and 40 percent female. While Hefter is based in San Francisco, the development team is in Pakistan.

“We want to maintain the diversity,” Hefter said. “We think we can become the best because we have recruited people from different places of the world. I’ve done international peace work. It’s always very sensitive when you have people coming from communities that are closed. We are trying to recruit those outliers who want to understand the communities and want to change. I think we will see a change to a more open society.”

He added, “I worry that social media reinforces existing relationships and attitudes. But social media can be a powerful tool for good. Games can be too. I would love it if the social giants went on a campaign to do good.”

At first, the game brainstorming wasn’t working. The initial team considered a game where you defend Jerusalem from zombies. But a woman, Ammoun Dissi, joined the team and argued that the game should be nonviolent. They started over and abstracted the subject matter away from the Middle East conflict. Instead, they wanted to make it a more global game with a universal appeal.

They started testing using a board game version of Temple Run, the pioneering endless runner game. Multiplayer games are increasingly popular, and they help reinforce someone’s friendships on social networks. The team figured out how to turn it from a competitive game into a cooperative one and play-tested it. People liked the cooperative version, where partners can share boosts so the player can keep on running.

“We think we can make cooperative games for the whole world, and bring billions of people together,” Hefter said. “Our goal is to connect as many people as possible. Even if you don’t care about the message, you can have a lot of fun and make a ton of friends playing RunZoo.

He realizes that sounds like a beauty contest contestant supporting world peace. But he’s going to try anyway. If the company hits a $37,000 goal, it will be able to create a version of the game for a soft launch. After that, it hopes to launch the game globally. Over time, the company hopes to create a whole suite of games built around a single community.

“We want to reach millions of people with the game, and we’ll need to raise a significant round of funding to make it a reality,” Hefter said. “When you say world peace, people don’t take it seriously. But there are more than a billion gamers out there on smartphones. If you get enough people playing together, world peace isn’t that far away from that. In ten years, they will have more in common. They will have a shared economy. They will be less likely to go to war with each other. But the games have to be fun to spread around the world.” 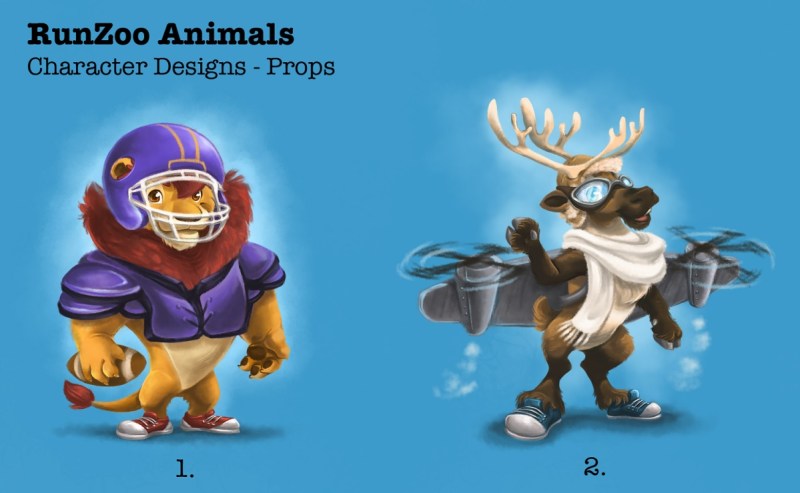