The Leaf health-tracking smart jewelry line from Bellabeat has sold more than 40,000 units since beginning shipments in June. Now the company has restocked its supply and is selling its pendants in two new colors: silver and rose gold.

And the devices have been doing a lot of tracking. To date, Bellabeat said the baubles have collected 16,000 hours of breathing, 4,352,231 hours of sleep, 11,429,400 hours of activity, and around 180 million period logs. That last one is something unique, as women can use the device to track their natural monthly cycles.

The Leaf hangs around a woman’s neck and measures her motion. From the data it collects, it calculates her amount of breathing, sleep, activity, and stress. There’s a ton of competition out there, but most are fitness-oriented, while Bellabeat zeroes in on women’s health and stress.

The Mountain View, California-based startup is the brainchild of Urška Sršen, cofounder and chief creative officer at Bellabeat. The 25-year-old Sršen said in an interview with VentureBeat that the team designed the Leaf and its new accessory collection with women’s jewelry in mind. It is a nature-inspired design, and you can clip the leaf to any chain or wear it with the included chain necklace.

The user data will enable Leaf to improve the firmware and algorithms behind the Leaf app, which can give personalized insights and customized advice to users, said Sandro Mur, chief executive of the company, in a statement. 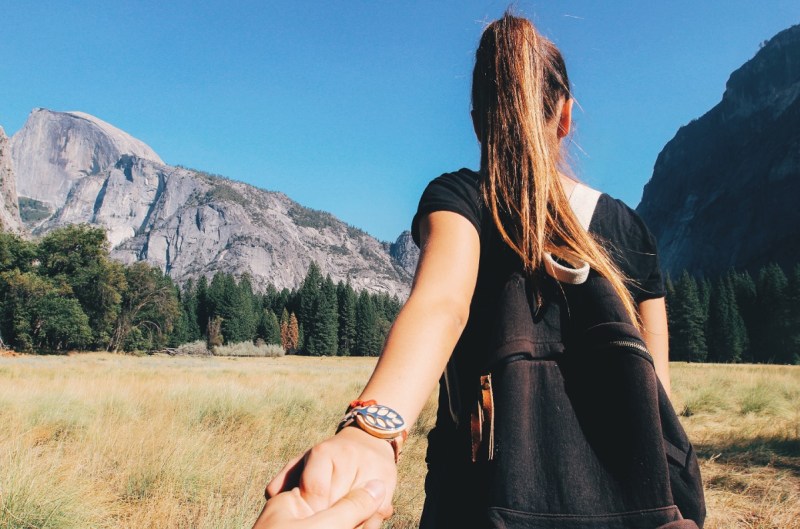 Above: The Bellabeat Leaf tracks your steps.

From now on, users will be able to manually switch between different activities recognized by the Leaf, such as running, swimming, cycling, yoga, tennis, and more. That yields a better estimate of the daily movement and calorie burning by the user. It tracks breath during sleep hours to help understand sleep patterns better, and it can now measure periods of restless sleep.

The Leaf creates a correlation between sleep, activity, breathing and menstrual cycle, which allows the app to generate customized data-backed advice cards, helping the user regain their physical and emotional well-being. It can be used by women trying to conceive, by identifying ovulation days.

“The problem with most health trackers out there today is the fact that you can spot them from a mile away — one look at the robust rubber bands and you know you’re looking at a piece of wearable technology before asking a single question. When we first started thinking about the Leaf, we didn’t want it to just be a good health tracker — we wanted it to be beautiful as well,” said Sršen. “The first batch of 20,000 units sold out almost immediately, while the second batch of 20,000 followed the same scenario, and the waiting list for the third batch is some 200,000 women strong.”

The Leaf costs $250 for the Limited Edition and $119 for the regular Leaf. 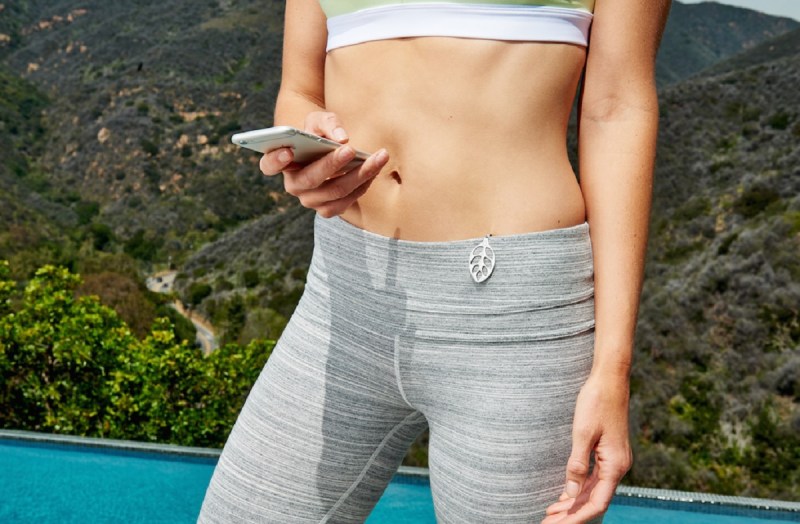 Above: You can wear the Bellabeat Leaf anywhere.