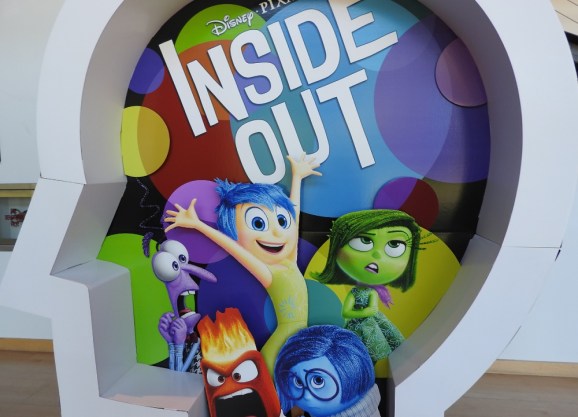 Inside Out is Pixar's 2015 film. Disney is also making a mobile game based on it.

Mark Zuckerberg finally shared the thought that Facebook may soon create a “dislike” button, in addition to its ubiquitous “like” button, to allow people to “express empathy” at events such as someone posting about an ailing parent.

That’s a step in the right direction, but Facebook should really take a lesson from Pixar’s blockbuster summer film Inside Out. The movie personifies the emotions inside a 12-year-old girl’s head. The emotions include “joy,” “sadness,” “fear,” “anger,” and “disgust.”

On Facebook, we’ve been forced to deal with the fact that we only have the “like” button to express our interest in someone else’s post and share our reaction with others. One of the lessons in the movie is that when the girl isn’t able to access her emotions, she simply shuts down and doesn’t feel anything. If you have only “like” or “dislike” options, your chances of miscommunicating your intent are much higher. And Facebook doesn’t benefit if people miscommunicate online.

Facebook has probably worried that letting loose negative emotions such as “disgust,” “fear,” “anger,” and “sadness” will cause a lot of havoc and conflict. It might also set people loose blasting the brands that constantly advertise on Facebook’s feeds. But that’s a paternalistic notion bordering on censorship.

And there’s no reason to stop at five emotions, given the proliferation of “emoji” emoticons that are available on other kinds of networks. Ronnie del Carmen, co-director of Inside Out, said in a press briefing that the movie makers considered adding many other emotions as well, but they finally decided to cap it for simplicity. Five emotions seems like a nice compromise.

Anything less than this makes it seem like we’re stuck in a happy world where we can only like things. But as Inside Out demonstrated in its story, it’s really a complicated world full of conflicting emotions. Allowing people to get beyond the self-censorship of the “like” button will actually improve communication. That should get everybody talking more, and Facebook would surely benefit from the social networking that results.