In an update announced today, ephemeral messenger Snapchat is rolling out its first in-app purchase.

Users can now pay 99 cents to replay old snaps. Previously, Snapchatters were only able to replay one snap a day for free. Users will still have the one free replay daily, but now they can replay as many snaps as they like as long as they’re willing to pay. The fee will get users three replays. Snapchat only allows each snap to replayed once, before it disappears forever.

In addition to replays, Snapchat is also launching a new set of lenses for selfies. To activate the new lenses, users can press and hold on the screen while taking a selfie. There are seven different lenses that will do everything from bulge your eyes to turn your tongue into a rainbow.

The update is available starting today. 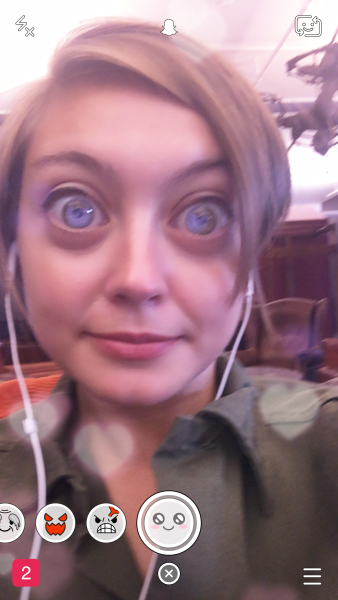