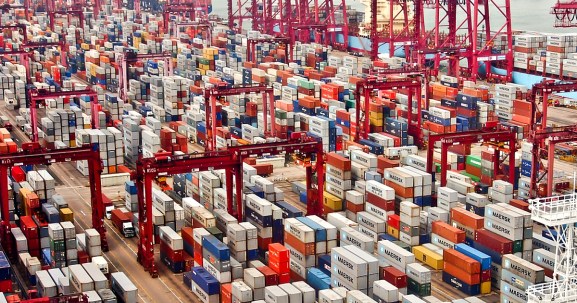 Alibaba is said to be in the process of raising tens of millions of dollars for its logistics unit Cainiao, as part of a wider $16 billion push to build out a logistics network that it announced back in January 2013.

In the latest development, Cainiao said Wednesday that it has signed a Memorandum of Understanding (MoU) with the United States Postal Service (USPS).

The agreement is designed to “develop new international shipping solutions, and enhance the logistics service experience for both sellers and buyers involved in cross-border ecommerce,” Cainiao said in a statement.

It cited research from Accenture and AliResearch (Alibaba’s research arm), predicting that the global B2C cross-border ecommerce market will grow from $230 billion in 2014 to $1 trillion in 2020.

“Through the MoU, Cainiao and USPS [have] agreed to work together to speed delivery of merchandise sold through AliExpress to consumers in the United States. USPS will also collaborate with Cainiao to help expand [our] delivery networks worldwide, especially in South America,” it added.

Alibaba invested $4.5 billion in Chinese electronics retailer Suning last month to expand its delivery network in the country — a deal that made it Suning’s second-largest shareholder.

Logistics remains a major headache for ecommerce companies in China due to the country’s unfathomable size. And while this latest deal with the USPS won’t help with efficiencies in its China network, it’s certainly a huge step forward for sales to the U.S.

“The collaboration between Cainiao and USPS seeks to capitalize on growing opportunities… between China and America by making it easier and more efficient for Chinese companies to sell and deliver goods directly to U.S. consumers,” Cainiao said.

While today’s news is fantastic for Alibaba, the tech giant is still bracing for tougher times ahead as China’s growth slows.

Alibaba also publicly hit back Monday after financial publication Barron’s predicted that its stock price could fall a further 50 percent.