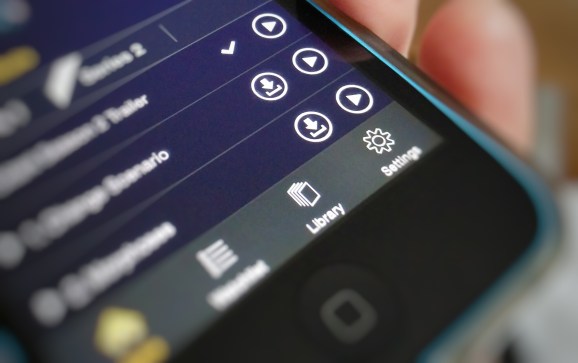 The subject of downloads has been a major talking point in the video-streaming realm this month, with three major companies all laying their offline-viewing cards on the table.

Kicking off on September 1, Internet juggernaut Amazon announced it was finally letting Prime Video subscribers on iOS and Android download some movies and TV shows for offline access.

Yesterday, U.S.-based entertainment network Epix revealed it too would allow subscribers to download movies directly to their mobile devices. And last week, Wuaki.tv, the Europe-based on-demand video-streaming service owned by Japanese ecommerce giant Rakuten, announced it was bringing offline access to Android and iOS devices, calling it an “innovative feature,” while boasting that it had “beaten Netflix to offline downloads.”

The elephant in the room amid all this hullaballoo is, of course, Netflix. One of the world’s most prominent online video brands has steadfastly refused to offer downloads, leaving no room for doubt, through its explanations, that offline viewing simply isn’t in its plans. Last year, it said that offering downloads would disguise the bigger problem — poor-quality Wi-Fi — which it says will only improve. Last week, the company further asserted its position, saying that downloads would add needless complexity to the service.

So contrary to Wuaki.tv’s claims, it hasn’t really beaten Netflix to anything. Netflix could have offered offline access a long time ago, but it has always been clear about its plans — it isn’t in a race with any company to enable downloads. Moreover, Wuaki.tv and Netflix are very different propositions — the former is a pay-as-you-go video streaming service for all the latest hits (and older classics), whereas the latter is a subscription video service that gives you access to a bunch of pretty good TV shows, movies, and a host of Netflix original titles. The two services aren’t in direct competition.

Furthermore, is Wuaki.tv’s new offline offering really as “innovative” as it claims?

Before Amazon introduced offline access for Prime subscribers a few weeks back, it had already let users of its pay-per-title Amazon Instant Video service download titles for some time. And Google Play Movies & TV has also offered offline access to its library of videos for a while. Offline access among video-streaming services is hardly a new thing.

Netflix said it bases its business decisions on hard data backed up by actual experiments it conducts on its customer base. However, three big video-streaming companies all ramped up their offline viewing credentials this month, and there’s a reason why — customers want it.

Offline viewing of shows made me install and use @amazon Prime video. Pretty impressed with selection. Maybe time to ditch @netflix?

The Amazon Video iPad app now let's you download content for offline viewing. In my book, this gives them a big edge over Netflix.

This month may not be remembered for anything particularly innovative in the digital media realm, but it helped demonstrate one thing: The future of streaming very much leans on downloads, despite Netflix’s nay-saying.