Microsoft has developed the integration in partnership with independent startup Alpine Metrics.

Nadella attempted to use the new integration onstage during a demo by opening up the Cortana personal digital assistant on a PC running Windows 10 and stating, “Show me my most at-risk opportunities.”

Cortana misinterpreted his voice query three times — the first time, she thought he’d said, “Show me to buy milk at an opportunity” — but Nadella’s supporters backstage were able to bring up information in Salesforce in response to his query.

Salespeople will be able to run queries on their Sales Cloud instances simply by speaking. Power BI will provide dashboards and charts that can appear in Salesforce. Sales Cloud will get sales forecasts using predictive analytics as a result of the integration, too. And while the speech recognition might be the exciting part, the forecasts are likely the most important part.

“I’m told one of most subjective things in the world is salespeople’s estimates of their ability to close a deal,” Nadella said. 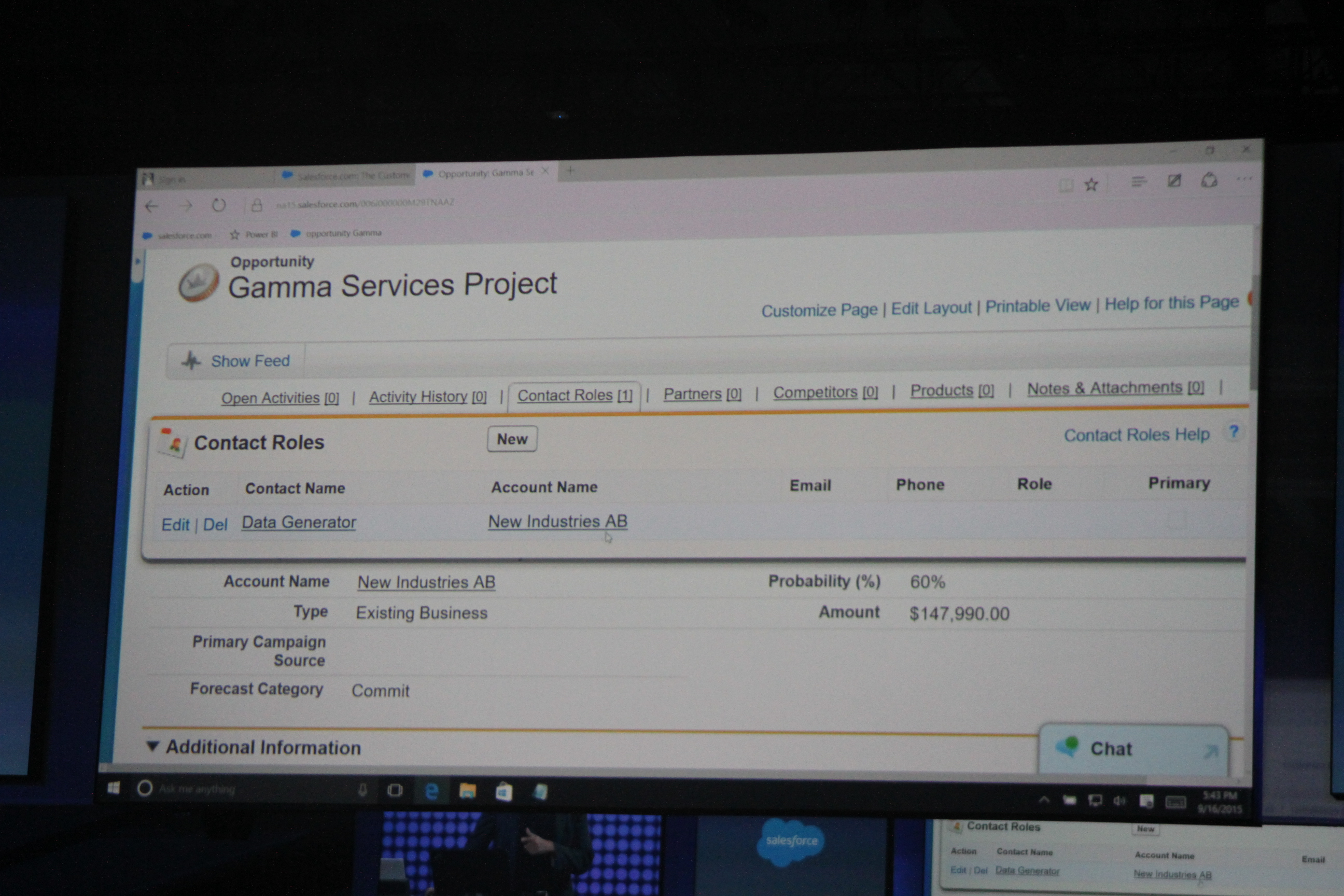 Above: A screen that came up after Microsoft chief executive Satya Nadella ran a Cortana voice query, stating, “Show me my most at-risk opportunities,” at Salesforce’s 2015 Dreamforce conference in San Francisco on Sept. 16.

News of the new integrations, which came during a keynote at Salesforce’s 2015 Dreamforce conference in San Francisco, comes just hours after Microsoft and Salesforce announced a deeper partnership to deliver several new product integrations.

Cortana Analytics Suite is a wide-ranging portfolio of tools that companies can use to store, analyze, and act on data, with Microsoft’s Cortana personal digital assistant playing a key role. The first Cortana Analytics Suite launch turned Cortana into a front end for Microsoft’s Power BI business intelligence software. Now Cortana will work on top of non-Microsoft software.