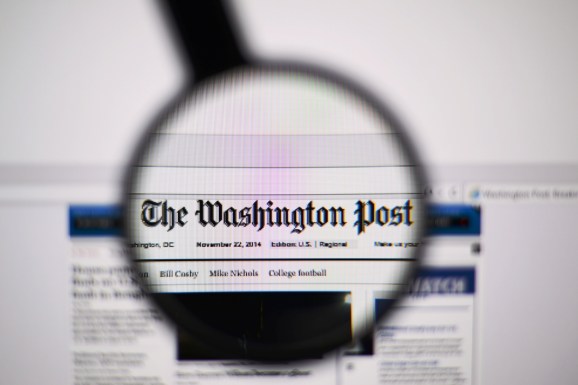 Amazon has announced the latest benefit for its $99 / year Prime subscribers: free access to The Washington Post National Digital Edition for six months, and a heavy discount thereafter.

This move should perhaps come as little surprise, given that Amazon founder and CEO Jeff Bezos snapped up The Washington Post for $250 million back in 2013. But it’s a notable evolution for the Amazon Prime membership, which now includes a major newspaper subscription perk, in addition to a Netflix-style video catalogue, ad-free music-streaming, and speedy delivery on millions of goods.

“Offering free access to new subscribers through Prime allows us to connect with millions of members nationwide who may not have tried The Post in the past,” explained Steve Hills, president and general manager at The Washington Post, in a press release. “With this special offer, Prime members can see firsthand why more than 50 million people monthly choose The Washington Post as their source for news.”

Looking beyond the “6 months free” attention-grabber, a digital subscription to The Washington Post will only cost Prime subscribers $4 / month after the introductory period, compared to the usual $10, which works out to a 60 percent discount. Prime members will be able to read The Washington Post on Android, iOS, Amazon Fire devices and the paper’s website.

For comparative purposes, The Washington Post will now only cost Prime members $48 each year, compared to the New York Times’ All Digital Access subscription which works out to $455. The NYT‘s cheapest digital subscription, which works on the Web and smartphones (not tablets), still costs $195 each year.