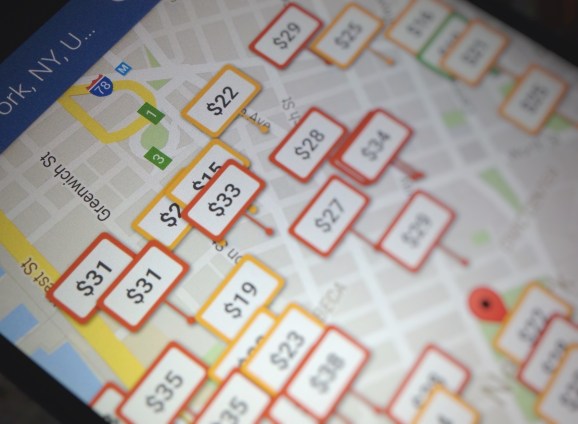 Headquartered in London, Parkopedia is a privately funded company that describes itself as a “Wikipedia for parking.” Through the website and suite of native mobile apps, Parkopedia lets you see information on parking meters, parking spaces, parking lots, and even private driveways offered up for hire. Much of this data is added to and updated by the Parkopedia community.

Parkopedia’s data is also used by a myriad of big-name companies, including Audi, BMW, Ford, Toyota, Volvo, Jaguar Land Rover, and more, and is available through in-car sat-nav devices. A key feature of Parkopedia’s offering is that it provides dynamic, real-time information on available spaces in barriered parking lots, which is useful for drivers wishing to avoid that painful “FULL” sign on arrival.

But more than that, in a limited number of locations Parkopedia also provides real-time availability for on-street parking, where sensors are installed. For example, in the City of Westminster, London, Parkopedia receives sensor data from Smart Parking, which serves up information on unoccupied on-street parking bays in the city center.

This can be an expensive, arduous initiative to scale across cities and countries, though, which is why Parkopedia is now launching a new product of its own. The service doesn’t rely on sensors or any other kinds of difficult-to-scale hardware. Instead, it uses predictive algorithms, historical data, and other information garnered from cars that have Parkopedia integrated. It claims that it’s around 80 to 90 percent accurate at present, and should improve even more as it receives additional “floating” car data.

With more than 38 million parking spaces listed across 6,000 cities in 53 countries, Parkopedia has garnered the attentions of Garmin, which will be the first navigation provider to offer the parking service, kicking off in a handful of cities across Germany from next month.

Garmin has built a solid reputation in the GPS navigational realm since it was founded back in 1989, producing everything from GPS watches and heads-up displays for car windshields to standalone mobile apps. Indeed, one of these apps is Navigon, a Google Maps-style navigation platform acquired by Garmin in 2011. From October, users will be able to find real-time space availability predictions for on-street parking, as well as filter and compare parking options by distance, price, and availability. 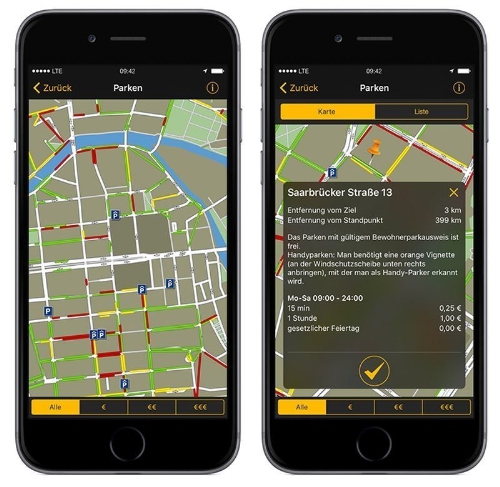 Earlier this year, Ford announced it was experimenting with new ways to solve parking problems in major cities, creating apps that allow people to find nearby parking spots. It also revealed an experiment in social collaboration, where residents are able to reserve a parking bay in busy neighborhoods.

While Parkopedia isn’t the only company to be tackling the perennial problem of parking in major conurbations, it is using its vast collection of data to help ease congestion and ensure drivers can spread themselves around and not all fight for the same spaces. It’s kind of like what the likes of Google and Waze are doing for traffic, predicting and revealing the best routes to travel as traffic flows shift.

“Parkopedia has been providing a dynamic parking service to our online, mobile, and automotive customers since 2007,” said Parkopedia’s CEO and sole founder Eugene Tsyrklevich. “This service allows drivers to navigate directly to an available space in a parking garage as opposed to circling the block and creating unnecessary pollution and congestion.”

Parkopedia told VentureBeat that its research and development arm has been working on this project night and day for the past three years. And although it has a limited rollout to begin with, it is looking to cover all the largest cities in both Germany and the U.S. by 2016.