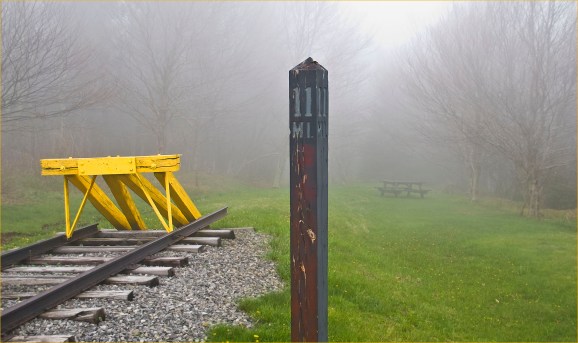 It's the end of the line.

With the release of iOS 9 this week, the discussion over ad blocking has reached a peak.

That’s because the latest version of Apple’s mobile OS includes tools for developers to create ad-blocking software, affording mobile users the same freedom from advertising that desktop browser add-ons like AdBlock Plus and Ghostery have provided for years.

In the U.S., 16 percent of Internet users employ ad-blocking tools, according to a recent study by PageFair and Adobe. (Note: PageFair provides tools for publishers and advertisers to get around ad blockers.) The percentage is even higher in Europe, with the highest rate of ad blocking in Poland, where 39 percent of the population blocks ads.

Expect that number to rise even higher in the coming year, as iOS tools like Crystal give people the ability to remove mobile web clutter, promising that this will increase page load times by 4x, cut data usage in half, and increase battery life.

The discussion around ad blocking has been going on for weeks. Instapaper creator Marco Arment wrote a self-reflective piece on the ethics of ad blocking in mid-August. Investor and former Apple executive Jean Louis-Gassée provided a very smart analysis titled “Life after content blocking” later that month. Over on the Awl last week, Casey Johnston wrote a long essay called, cleverly, “Welcome to the block party.” And today, Verge editor Nilay Patel got in on the action, welcoming us to the hell of an advertising-free web. They’re all good pieces, and I recommend anyone interested in the issue to read all four of these.

The story, in a nutshell, is that readers are finally getting fed up. Fed up with incessant banner ads, obnoxious pop-ups, and videos that automatically start playing when you load a page. Fed up with fullscreen takeovers that force you to find, and click, a tiny “x” before you can read the article you actually came for. Fed up with cookies and widgets that track their every move online, allowing advertisers to target them with increasing precision. Did you look at an underwear website a few weeks ago? You’re going to be seeing ads for underwear every time you visit Facebook — or any of dozens of other sites — thanks to retargeting software that lets the underwear maker target ads to you based on the fact that you expressed a fleeting interest in their product.

Advertisers are throwing all this crap on the web for two simple reasons: It works, and publishers are out of alternatives.

Advertisers use retargeting and data-collecting ads because they provably increase the efficiency and accuracy of their ad spend. Those ads really do get people to buy more underwear, and if the price for that increased revenue is putting photos of tightie whities into a bunch of people’s browsers, so be it. Banner ads don’t really work, but there’s a tiny, tiny percentage of people who click on them, and some small fraction of those people will go on to buy something, so it becomes a numbers game: Throw up enough banner ads, and you’ll generate a return on your investment.

Publishers allow these ads because they need the revenue from advertisers. For a decade and a half, the predominant business model for online publishers — not to mention gigantic platforms like Google and Facebook — has been advertising. The problem is that, thanks to the law of supply and demand, the value of advertising has been steadily decreasing over the past 15 years. Advertising is sold based on impressions, or the number of times that people have seen it (or are assumed to have seen it). As web use goes up, people see more web pages, and that means publishers are delivering more impressions. As the number of impressions approaches infinity, the value of those impressions approaches zero.

For publishers, that means that ad revenues have been steadily decreasing for years. The most obvious response is to try to increase the number of impressions to offset their declining value. There are two ways to do that: Increase traffic, and put more (and more intrusive) ads on each page. The first strategy leads to BuzzFeed-like clickbait and desperate reblogging of the stories deemed to have the most traffic potential. The second leads to ad-choked pages and increasingly in-your-face advertising.

A third approach is to try selling native advertising: Ads disguised as content, so ad-blockers can’t block it and readers are confused about whether they’re reading independent content or an ad. Lots of publishers are embracing this model, and advertisers love it, for obvious reasons. Readers, however, find native ads obnoxious, because their implicit value lies in deception.

These three responses, of course, have resulted in the ad-choked, click-bait, sponsored-content Web we have today.

There are two other strategies available to publishers, but they haven’t worked in most cases. One is to try to stay above the fray, offering premium content in search of higher-value advertising aimed at a more premium audience. That works, but only if the publisher has a truly premium audience (like Techmeme) or enough scale to build out a network of sufficient size to get advertisers to take it seriously (like Vox Media).

The other is to find a non-advertising revenue source. VentureBeat, for instance, is building a research business, selling high-value reports to companies willing to pay for valuable information. That’s a good bet if, like VentureBeat, you have a deep pool of in-house expertise and a relevant audience. It didn’t work for GigaOm, which went out of business last year, but VentureBeat is running its operation differently enough that I think it’s got a good chance.

Other publications have experimented with paywalls, to varying degrees of success; events (VB does these too); micropayments; and tip jars or fundraisers, where readers can chip in a few cents or a few dollars to help support publications they value. There are very, very few examples of these working at any kind of scale.

The thing is, there’s not even really a debate about ad blocking. It’s coming, whether advertisers and publishers like it or not. The economic forces governing Web advertising have led us to a point where ads are out of control, and readers have no choice but to take measures to protect themselves and their bandwidth.

For publishers that are dependent on ads, that means a very grim future indeed.

The question is, can they evolve new business models in time?