I know now why you cry, and it’s something that I will always do when your Super Mario Maker course is too hard.

Modern Mario games are not supposed to make you tear your hair out, but I’ve played plenty of Super Mario Maker stages that have infuriated me with their difficulty. And the thing is that these are some of the best stages you can play. But just as many hard stages are real stinkers, and that has helped me come to a realization about what makes the difference.

The video above has me playing one of my favorite levels so far. It’s called Spin Chomp from Super Mario Maker creator Noie. And it killed me more than 100 times.

Actually, that isn’t true. Spin Chomp never “killed me.” Instead, I failed and died on the level. It may sound like a distinction without a difference, but it’s the most important lesson you should learn if you want to upload a super challenging Super Mario Maker stage.

And that lesson is this: Be fair and let the player defeat themselves.

Check out this portion from Spin Chomp: 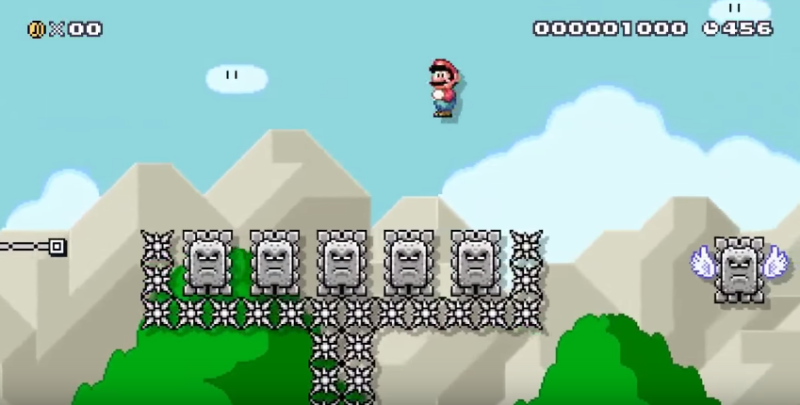 Above: One of the many tough sections of Spin Chomp.

A level like Spin Chomp works because it’s obvious what you’re supposed to do and the creator doesn’t try to overwhelm you with a million difficult things all happening at once. Instead, if you look at the image above, you’ll see that the stage is all about executing a series of tough jumps. If attacking enemies do appear, they only show up to ensure you have to do a tricky jump at a certain time. 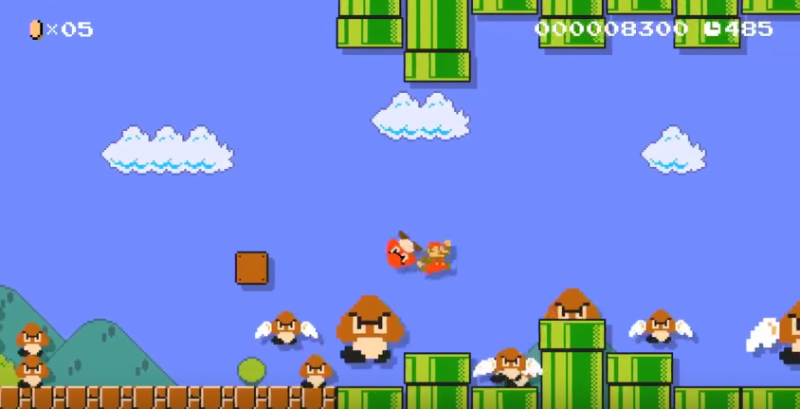 Above: Filling the screen with enemies is kinda lazy.

Compared to Spin Jump, the level above isn’t about clarity. It’s about making a level that has so much crap all happening at the same time that the player can’t hope to get through it unscathed. That’s hard, but it’s not fair or fun.

It’s easy to make a hard Super Mario Maker stage by placing a thousand Goombas and Bloopers, but it’s also lazy. Instead, avoid that kind of design, and try to think of your level as a series of challenges. This works for both easy and difficult stages.

Watch this video of another Super Mario Maker stage to see what I mean:

If you ignore me scaring the piss out of my cat at the end of the level, you’ll see that this difficult stage smartly compartmentalizes itself into several back-to-back challenges. 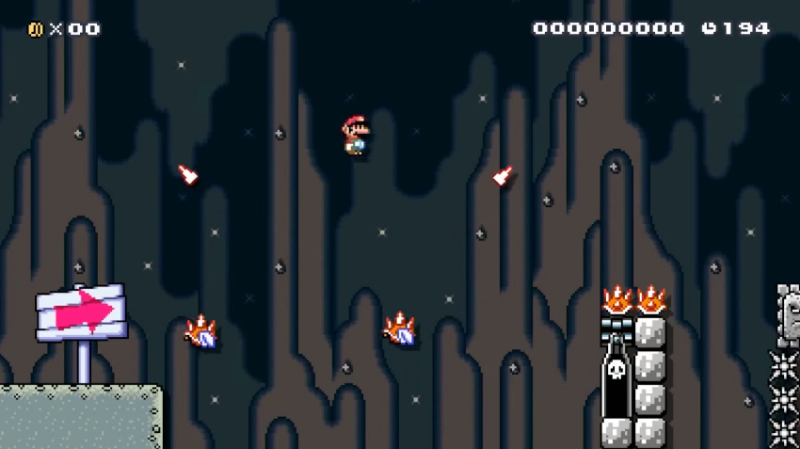 Then you have to immediately shift from doing high jumps to small, precision movements: 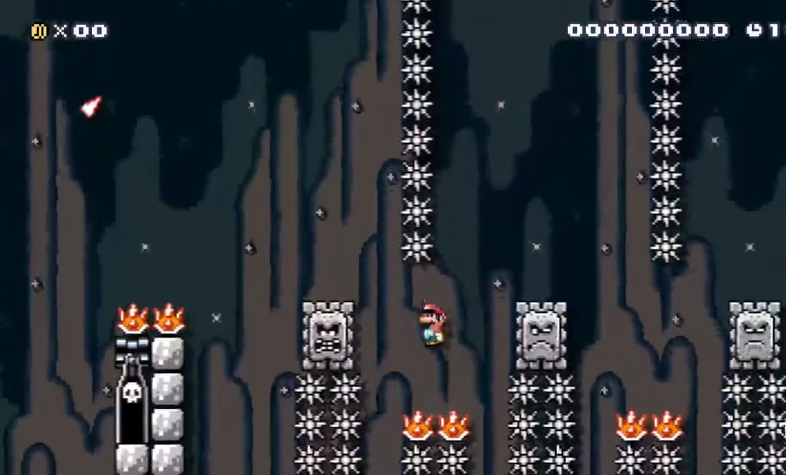 After that, the level wants you to combine the long jump while precisely avoiding deadly obstacles: To break up the jumping action, the stage even has a few secrets: And it continues like that all the way through to the end. As hard as this stage ever gets, I would never call it complicated, and that is the key. I always knew what I needed to do, or I had plenty of time to figure it out. After that, it just came down to executing. So unlike with some other stages, I kept going until I finally beat it, and I can’t wait to take what I learned and apply it to making my own tough stages.