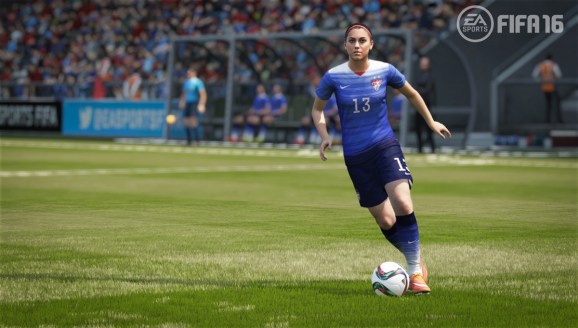 FIFA 16 features some of the top women's teams in the world, such as U.S. player Alex Morgan.

Like a scout evaluating a kid who could become the next Neymar, I’m still going over everything that the multiplatform FIFA 16 has to offer. I’ve put in plenty of minutes on the pitch — and have my fair share of yellow cards to prove it. But in this case, I don’t want to leave anything on the field. I’ll make sure it’s all in my final review instead.

I still have some thoughts to share regarding my experience with EA’s latest soccer title — played here on Xbox One — which releases today. Think of them as the kickoff to the kickoff.

Finally, women’s teams have made it to FIFA. You can now play as 12 of the most prominent international squads, re-creating some of the best matchups from the recent Women’s World Cup.

Playing with Alex Morgan, Marta, and their respective rosters is fun and provides a unique dynamic. Matches feel a little different, primarily in their pacing, which brings a new feel to the typical FIFA experience.

Staying on the ball with off-the-ball controls

FIFA 16 introduces “no touch” dribbling, which adds an extra layer of depth to its already intricate control scheme. Now, players can move and juke without touching the ball, similar to stars like Lionel Messi, Cristiano Ronaldo, and the aforementioned Neymar. The idea is to fake opponents into thinking you’re going one way while you go in another direction. 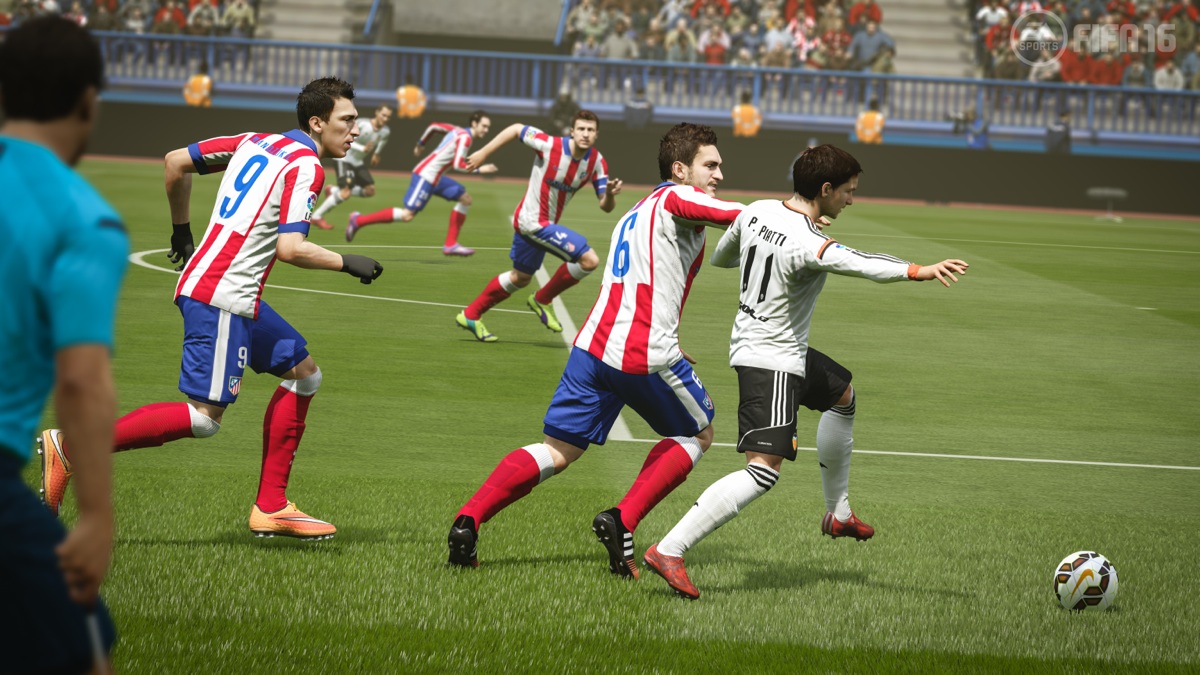 Above: New features for this year’s game include no-touch dribbling.

It’s a neat feature that I’ve enjoyed experimenting with. I’m just not sure if it’s another interesting gimmick that EA will eventually simplify and downplay in future editions.

Career mode is one of the most enjoyable aspects of FIFA, but it hasn’t changed much in the last few versions. While 16’s enhancements are far from revolutionary, training your players during each week is a great development. Plus, it’s a clever way to incorporate the drill-based minigames that keep us at the loading screens a little longer than usual.

One of the first things you’ll notice when playing 16 is the new FIFA Trainer feature. With the click of a stick, you can now toggle a simple overlay next to your player, which gives contextual gameplay tips. These include simple maneuvers like shooting, tackling, and performing clearances. The Trainer is supposed to automatically level up based on your performance, dishing out more complex tricks if you prove your ability. 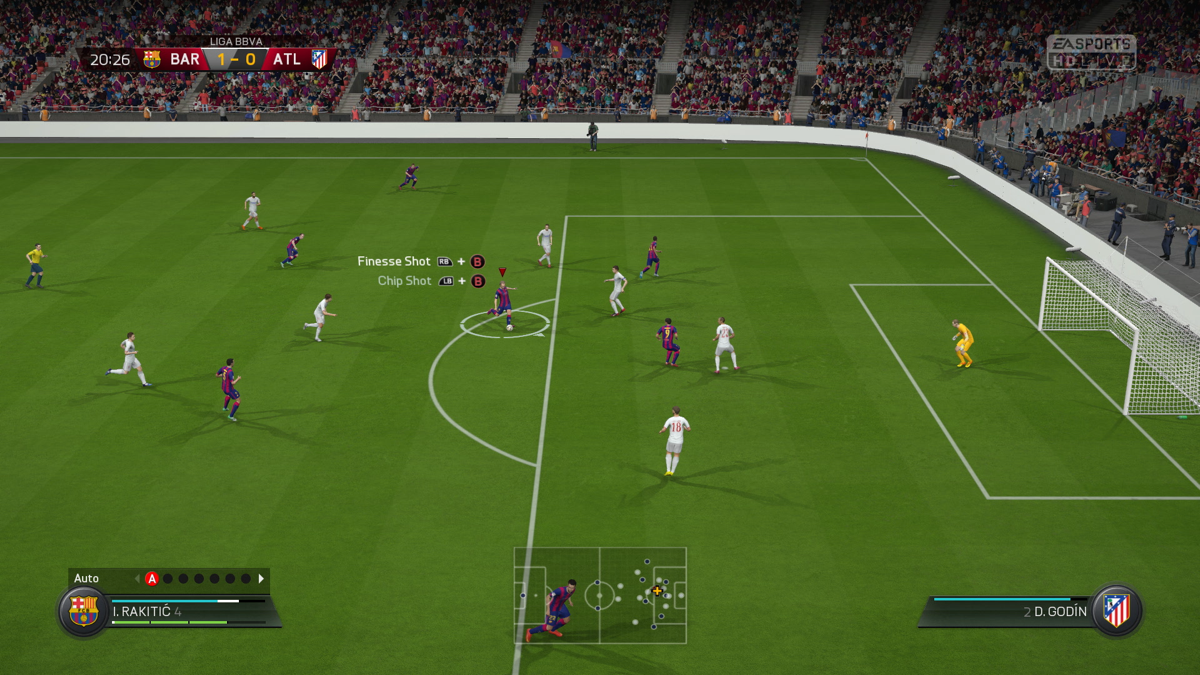 This is a good idea in theory, but the execution needs significant improvement. The overlays have been more distracting than helpful, and the auto-leveling just doesn’t work well. I found myself having to manually set the Trainer’s levels to get advanced tips (unless I was winning by a huge amount of goals).

It’s cool for beginners, but I don’t see myself using it much once I start playing more casually.

Lots of new. But not enough wow.

I’ve mentioned how FIFA 16 has a ton of new features, but it still falls victim to the yearly game conundrum. As someone who plays FIFA 15 on a regular basis, I’m just not sure if 16 is worth the upgrade.

Of course, this year, we have the women. That’s huge. But I want more teams and not just national selections. How about incorporating the National Women’s Soccer League? Maybe next year.

Anyway, the team I live and (and would die) for, Vasco da Gama, is back (along with many other Brazilian clubs). That’s fantastic, too. But no-touch dribbling, a half-baked Trainer mechanic, some Ultimate Team additions, fog (yes, fog), and a few other gameplay tweaks just doesn’t feel like enough.

Pro Evolution Soccer is coming. And it’s coming hard — like a possessed Arjen Robben. If FIFA keeps adding a couple of things here and there each year without constantly reinventing itself, Konami might take back the throne as king of virtual football.

But if you can’t get enough of EA’s rendition of the beautiful game, you’ll find a lot to like with FIFA 16. While it doesn’t reinvent that tried-and-true formula, it doesn’t break it, either.

Check back soon for my final take.

FIFA 16 is out September 22 for PlayStation 4, Xbox One, PlayStation 3, Xbox 360, and the PC. The publisher provided GamesBeat with an Xbox One code of the game for review purposes. GamesBeat will update its impressions with a final score once our reviewer has more time with it.