Samsung has a myriad of product ranges under its belt, from printers and fridges to mobile phones and laptops. Now the company is looking to reimagine one of the products it’s perhaps most renowned for — the TV.

Teaming up with French furniture designers Ronan & Erwan Bouroullec, Samsung has launched the Serif TV, which the Korean electronics giant touts as “a radically different approach to the user experience of TV.”

Launched at the London Design Festival yesterday, the Serif TV has been created to resemble a Times New Roman (or similar serif font) letter “I” when viewed from the side.

It’s designed to transform the TV into a piece of furniture, much like in the early “cathode ray tube (CRT)” days, when screens were often hidden inside units concealed by a sliding door.

Three years in the making, the Serif TV has a shelf-like surface on top which can hold remote controls, ornaments, vases, and other small items. It also sports a “woven fabric panel” that conceals the wires and ports on the back of the TV.

This represents the award-winning Bouroullec brothers’ first foray into the technology realm. They were heavily influenced by typography when setting out their design: “Like typographers designing a letter, we studied both the object and its interaction with the space around it,” said the duo. 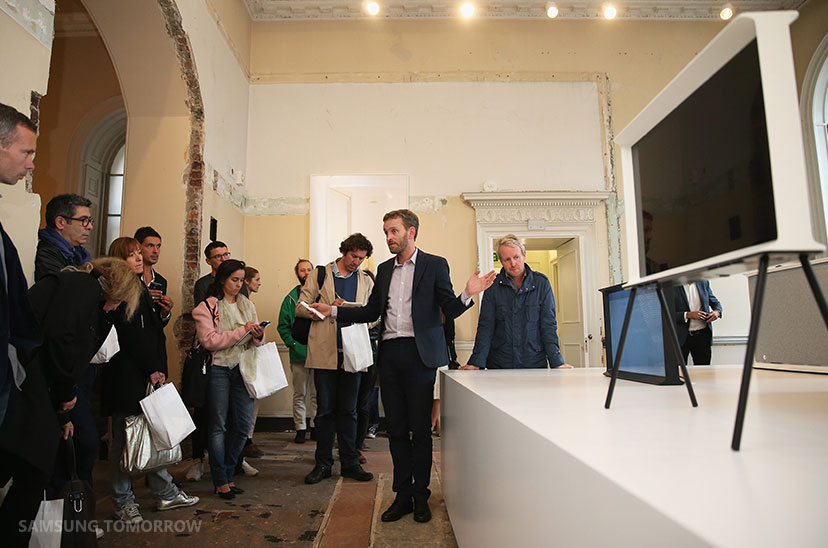 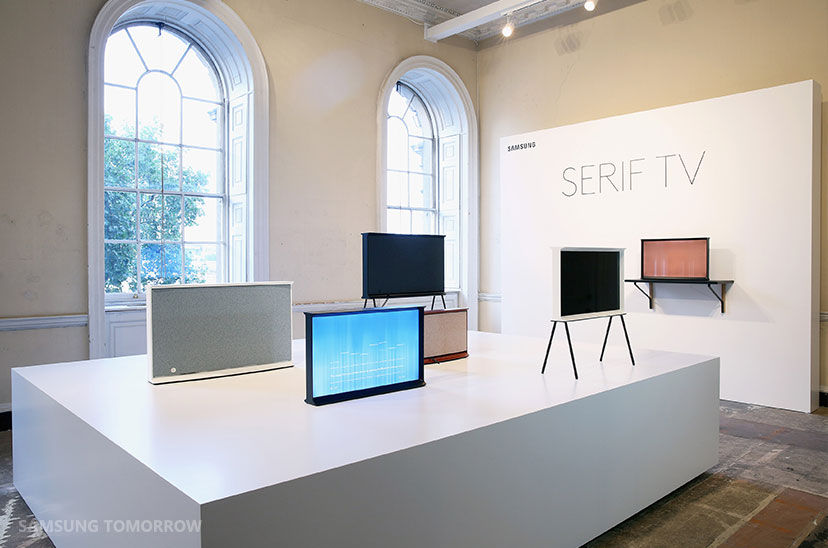 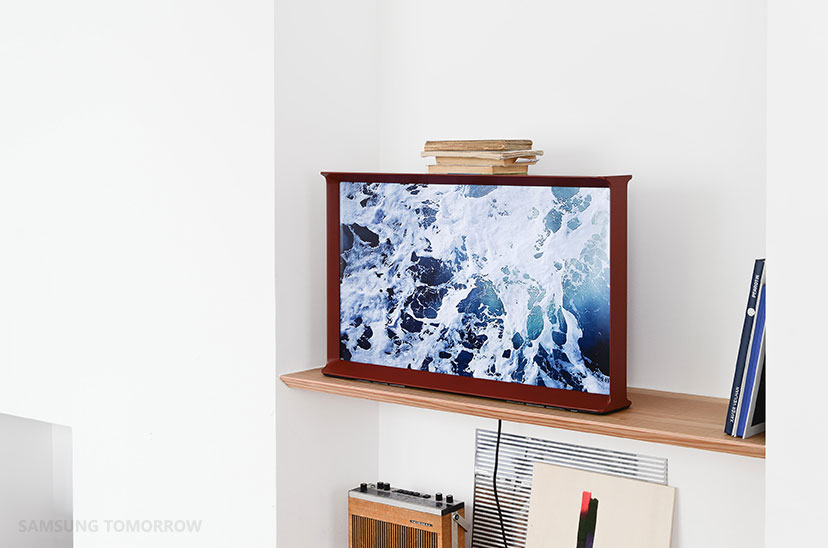 The redesign extends beyond the external aesthetics, with Ronan and Erwan not only giving a new look to the remote control but to the user interface, as well. Indeed, a new so-called “curtain mode” blurs whatever is being broadcast on the screen, “transforming it into shimmering abstract shapes like a digital curtain,” the Samsung press release states.

“In every aspect, Serif TV could only come into existence by artisan spirit and the project has been truly meeting of passions between Samsung and the Bouroullec’s,” said Yun-Je Kang, design chief at the visual display unit of Samsung Electronics.

The new Serif TV goes on sale in the U.K., France, Denmark, and Sweden from November 2, 2015. No prices are available as of yet, but Samsung does state that it will be sold in three colors (blue, white, and red) and sizes (24-inches, 32-inches, and 40-inches).