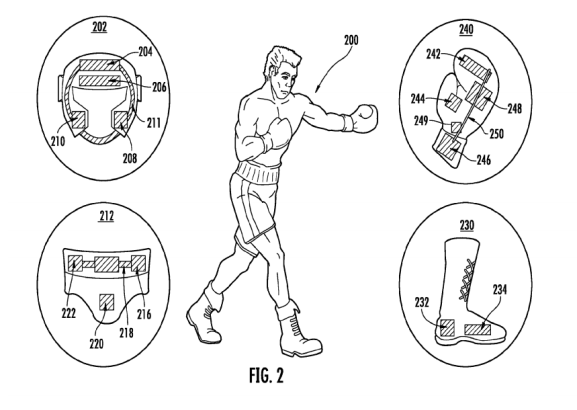 HBO has been awarded a patent for a sensor technology that measures and transmits the force at which a boxing glove hits someone’s face.

The patent describes a system where accelerometer and gyroscope sensors are embedded in the front of a boxing glove. A database containing motion profiles of various kinds of punches recognizes and identifies data from the sensors. The sensors can also track the starting time of a punch and the speed of a punch, among other things.

The idea is to be able to include punch force and other stats within the real-time stats of a fight broadcast, in the same way that pitch speed is given during baseball broadcasts.

This could be very interesting in fights like Mike Tyson vs. Michael Spinks in 1988 where the knockout punch appeared to have very little steam on it.

HBO isn’t the only media company interested in using sensors. Every NFL player in every game this season will wear a pad containing a computer chip connected to sensors. So fans watching at home will be able to see where players are, how far they travel during each play, and how fast they move.