Microsoft has sold more than 60 million Halo games since 2001. But sales of the Xbox One game console have a long way to go before Microsoft captures every single one of those fans on its newest platform. That’s why Phil Spencer, the head of Xbox, sees Halo 5: Guardians, which debuts on October 27 as the biggest exclusive to date on the Xbox One, as critical to the future of the platform.

We interviewed Spencer after previewing Halo 5 at a Microsoft event in San Francisco. He hopes that the newest tale of Master Chief and agent Locke will enthrall fans and that multiplayer advances such as Warzone, a massive combat experience, and the esports-like Arena will make Halo 5 feel fresh to fans.

We also had a chance to ask him about the importance of indies, the HoloLens augmented reality opportunity, the launch of the Xbox One console in China, and the growth of esports on Xbox One. In all of his answers, Spencer’s passion for gamers and his job came through. He’s a gamer, all right. But he also knows that Microsoft has to make money in its game business or it won’t be around for the long term.

Here’s an edited transcript of our interview. And here’s our interview with Halo 5 executive producer Josh Holmes and our preview of the game. 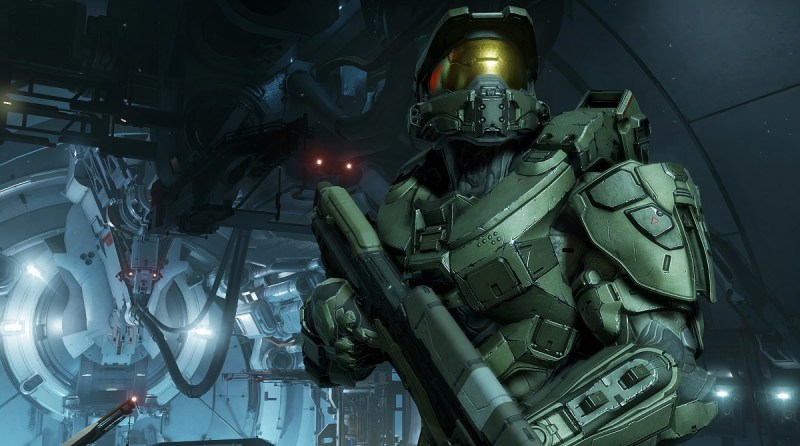 Above: Master Chief is back in Halo 5: Guardians.

GamesBeat: Halo 5: Guardians looks like it’s turning out well. We’ll see in just a bit. As you were learning about where this is going, the direction the team was moving in, what were your own thoughts about where Halo needed to go?

Phil Spencer: Halo 4 was the formation of 343, in my mind. It gave them an opportunity as a studio to ship their own product and learn about one another and galvanize as a team. They learned through that. They did a good job with the single-player campaign. For most people, the campaign in Halo 4 is thought of as a good part of the franchise. Multiplayer, they did a nice job, but even they said that the retention numbers, the stickiness of that experience, the innovation in that experience—It didn’t meet the goals they had.

I loved, when they started on the Halo 5 journey, that multiplayer is so strong. Multiplayer is core to what Halo has always been about. It’s one of those rare franchises where you get a lot of people who just play the single-player and also a lot of people who just play the multiplayer. Many franchises, it’s all one or the other. Adding four-player co-op in the single-player campaign was a cool addition, and Warzone on the multiplayer size really creates massive scale and mixes player versus player and player versus environment. I thought that was the right focus for the team.

As a platform for us, with Xbox Live being so critical to what we’re about, investing in the right areas that dovetail into the platform focus and service focus we have—I always want our first party games to matter. They should have some reason they’re on our platform, something they’re pushing us to do that we need to do better on a platform level. The relationship between a studio and the platform team, as they’re talking and sitting next to each other building the experience, makes the canvas better for all creators.

GamesBeat: I thought it would be tricky to pull people back into a story they thought was over in some ways. It’s reinventing the story of Master Chief a bit.

Spencer: They’ve added Locke as a character. The lore of Halo is deep and broad. Obviously you see that in the books and their success, and the TV stuff we’ve done. It’s a franchise Bungie created that has a lot of places you can go and investigate, whether it’s how Spartans are created, the different kinds of Spartans, the Forerunners, the Covenant. The team can take the story a lot of places. The story in Halo 5 is a good one, and it’ll be interesting to see people play through it and get their reaction. 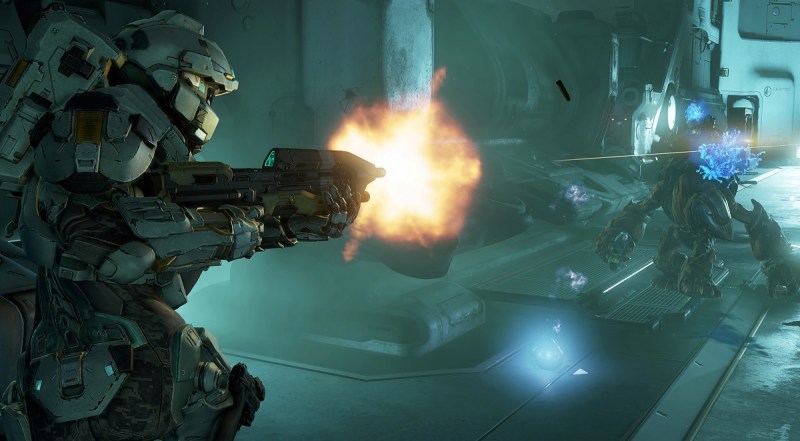 Above: Master Chief takes out a Covenant grunt.

GamesBeat: For the platform, what do you think it can do? You have to do a Halo game for the Xbox One. Do you still see opportunity to grow the audience or grab audience from your competitors?

Spencer: This fall is interesting to us. We have millions of people still playing on their 360 and it’s great that they’re doing that, but when you think about reasons a 360 customer might move—If you grew up on Xbox, Halo is clearly going to be one of those things. It was and is part of the identity of the platform from a game perspective.

The addition of backward compatibility gives you another reason. Your 360 catalog moves forward. You have a Forza game. You have Call of Duty: Black Ops coming. If you think about that 360 customer playing their 360 every day, the games that have been staples for them—We don’t plan very directly when a game has to get done. You have to let a game mature. Otherwise you end up with something half-done and nobody succeeds there. You only feel good on the day you ship, and then it’s all downhill. But it’s created a nice opportunity for us this fall. We have Halo 5 coming, backward compatibility, Gears coming out, Forza coming out. It’s a culmination of many things. It can be an opportunity for us to move the 360 base to Xbox One. That’s our biggest opportunity this fall.