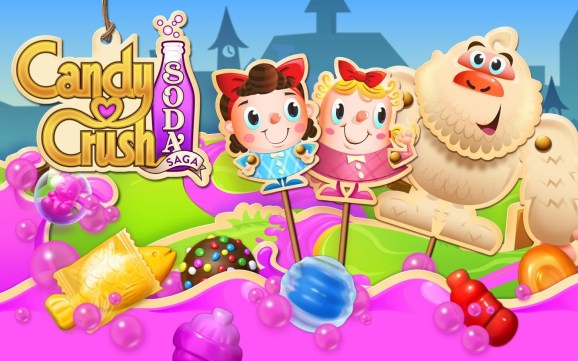 Mobile ad attribution company Kochava is teaming up with agencies, networks, and advertisers to pool data on mobile gamers, share ways to target them, and improve mobile publishers’ capabilities to find, advertise to, and acquire new users. 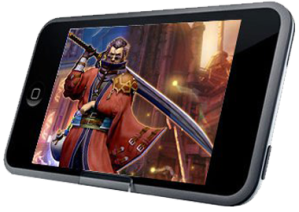 In the mobile advertising game, data is everything. Top independent players, such as Vungle, Chartboost, AdColony, and AppLovin, push over two billion ad impressions monthly through their networks, touching hundreds of millions of mobile users. Google’s and Facebook’s ad networks touch even more, and that scale provides big amounts of data, which in turn enables better targeting. And that means an improved capability to locate and deliver valuable mobile users to major advertisers, like Clash of Clans or 8 Ball Pool. Add it all up and the reality is that hundreds of smaller ad networks, demand-side platforms, and other industry players are at a disadvantage.

“The challenge of the splintering ecosystem of multiple different ad networks is that it is difficult for large advertisers to scale,” Manning told me via email. “The Collective unifies the inventory across any participating media source and enables an even playing field.”

In addition, while mobile advertisers often have significant amounts of first-party data they could use for additional audience targeting — in look-alike campaigns, for instance — they don’t necessarily want to just hand that data over to an ad network.

Data, after all, provides a competitive advantage.

“Asking an advertiser to hand over their unique user data is akin to asking a professional sports team to hand over their playbook, along with notes on what’s working and what’s not, to their competitors,” Manning said in a statement. “The Collective believes that the advertiser’s data is their data and we adhere to how the advertiser wants their data to be treated. At the same time, publishers want to make their audience data available to advertisers to enable better targeting, filtering and ad buying — at scale.” 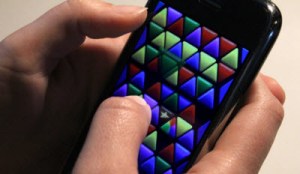 But one that shares details about the data, not specific player profiles or personally identifiable information or device identifiers. It’s sort of like putting the data in escrow with a third party and then retrieving it when the work is done. What the Collective essentially provides is an API layer that ad networks, advertisers, and ad measurement companies can call to safely pool data that will help target new mobile users. As an advertiser, you don’t share your data, your users’ privacy is maintained, and yet, magically, you get the targeting parameters and networks that you need in order to power your user acquisition campaign.

It’s a matchmaking service, a kind of user-acquisition Tinder where you can programmatically “swipe right” to find large numbers of good potential dates and then kick off campaigns on the ad networks that have their phone numbers. You only get the phone number if the potential date likes your profile (errr, ad), too.

John Koetsier will take attendees through the most important findings of VB’s recent mobile user acquisition report and will be joined by others who will share real-world tips from the trenches. Register here for free.

While “the Collective” has a vaguely Soviet ring, and the concept will certainly have privacy advocates perking up their ears, the base idea is sound.

The question is: Who will join? And … what, if anything, will it cost them?

The four founding partners are not exactly household names: AdXcel, Altrooz, Appia, and Liquid (no, not LiquidM). In spite of writing multiple reports on the mobile ad space, mobile user acquisition, and mobile monetization, I only recognized two of the names at first reading.

But that is the point. The Collective will allow boutique ad networks to target and acquire mobile users at scale and with a level of precision they’ve only dreamed of. 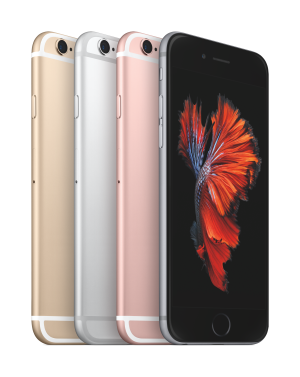 Of course, there is the question of cost.

Since ad networks are not surrendering data, just temporarily making use of it, they should be OK on that score. The bigger question in my mind is the targets of this sort of union: Facebook, Google, and maybe even the other big boys of mobile advertising. It’s clear from recent history that Facebook views attempts to loosen its grip on the mobile user acquisition market with a jaundiced eye and isn’t above punishing those attempts.

That said, the small guys don’t have a lot to lose. And, the Collective has access to a massive network of ad networks and publishers — 1,400 of them — that Kochava has already integrated into its platform. This means there should be plenty of supply and a lot of demand.

Ultimately, it’s a fresh attempt to make the mobile ad ecosystem — almost insanely complex with DSPs and SSPs, ad networks and exchanges, private exchanges and public exchanges, measurement partners and attribution partners — work better for the large bulk of the small and medium-sized players in it … not just the massive platforms that are trying to own it.