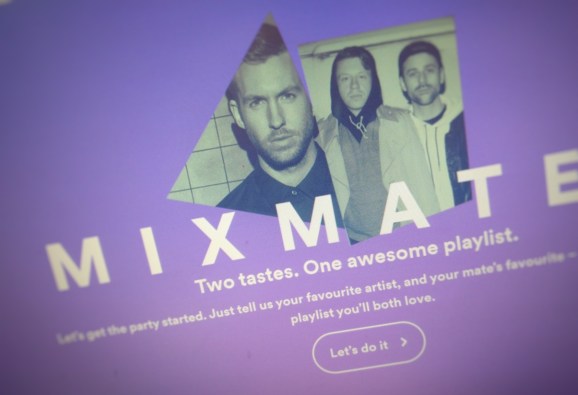 With Mix Mates, Spotify says it’s targeting university students, the launch presumably timed to coincide with the return to school in September. Students often bond over music, which can help foster new friendships on campus. However, anyone can use this tool.

To use Mix Mates, you enter both your and a friend’s favorite band, and Spotify generates a playlist which “shows the musical degree of separation” between the two artists.

The number of tracks in the playlist mirrors how many degrees of separation there are between the two artists (and thus between two friends), and includes a song from each artist in the chain. 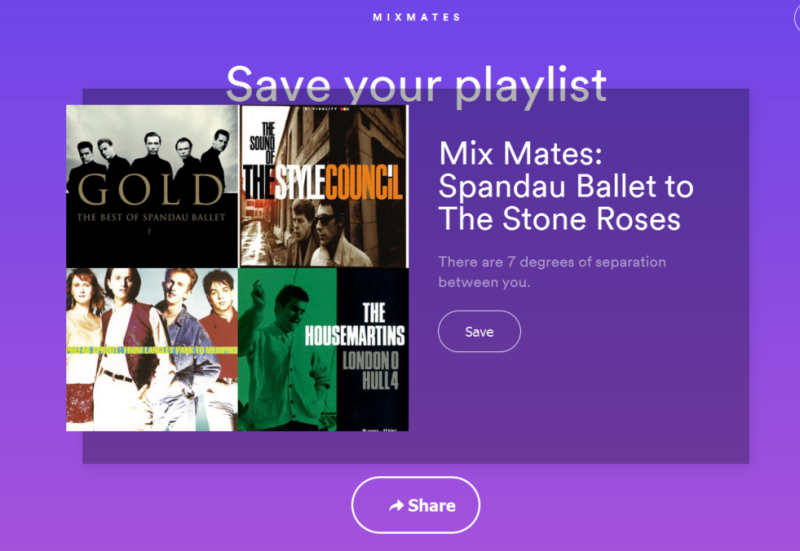 Today’s launch comes a few weeks after the music streaming giant launched a new app to show which artists you listened to before they made it big, except with Mix Mates you’re not required to link up with your Spotify account. You can listen to song samples and share playlists sans log-in, however, to save the playlists for posterity, you will need Spotify credentials.

While this could be construed as little more than a fun experiment, Mix Mates represents part of Spotify’s bigger vision to help its users unearth new music based on their existing tastes. Back in July, Spotify introduced a weekly playlist of recommended music based on listening habits, which has been met with generally positive feedback from users.

Spotify’s growing music-recommendation initiatives are powered by the Echo Nest, a music-intelligence and data company it acquired last year.