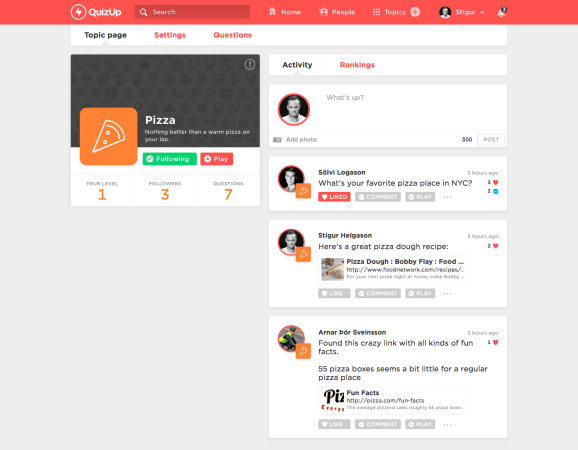 QuizUp will now allow users to create their own topics.

QuizUp, the makers of the trivia app of the same name, are attempting to latch on to BuzzFeed-style content creation with its newest update.

Today, the company released My QuizUp, which enables users to create their own quizzes.

Since launching in 2013, QuizUp has grown to over 75 million users worldwide, with seven million games played a day. Currently, QuizUp has over 750,000 questions on 1,500 topics. The topics run the gambit and include titles such as “Name The Pokémon,” “Classical Music,” “Name the Celebrity,” and “Beer.” 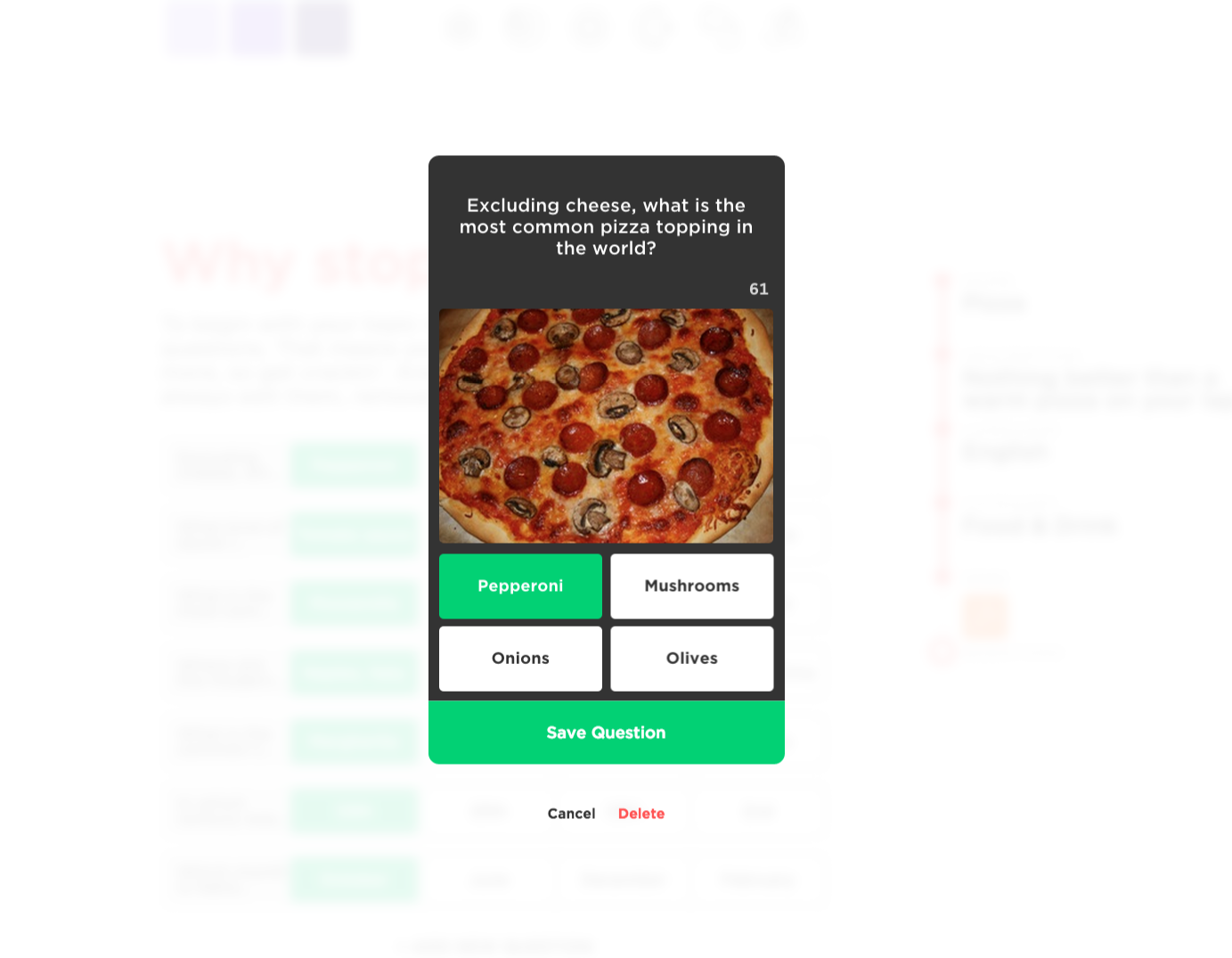 Above: QuizUp now lets users create their own quiz topics through My QuizUp.

User-generated content is a huge deal. Games like Minecraft have amassed large followings (and insane revenue) all on the shoulders of giving users the capability to craft and create their own content.

“Having users create their own topics in QuizUp is something that we’ve always wanted to be able to do,” Thor Fridriksson, the founder and CEO of QuizUp, said. “By opening up QuizUp we are fundamentally changing the content creation process by giving our users the ability to create quizzes and communities about anything, or everything they want. We can’t wait to see what our users will create using our topic creation tools. This is without a doubt the biggest change ever to QuizUp and we think people will love it.”

The new My QuizUp feature allows users to create topics in any language, and then share and invite friends to play their creations.

QuizUp — and the new My QuizUp — is free, and it’s on the App Store, Google Play, Window Phone Store, or on its website.