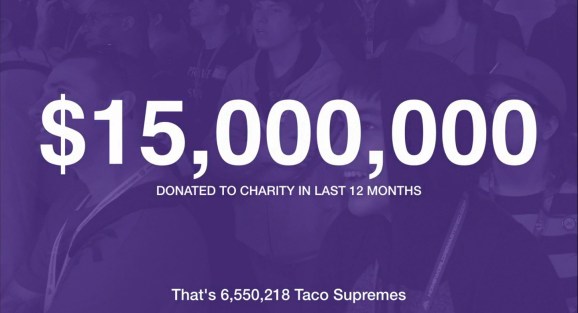 Twitch is larger than ever.

The game-broadcasting behemoth is holding its first ever convention this weekend in San Francisco, and it revealed some of the numbers behind its success. This includes a total of 1.7 million individuals who use the Twitch platform to livestream games. Collectively, that group has sent 7.5 billion minutes of content to the Web. These are massive number that put it well ahead of the competition, but perhaps the best example of Twitch’s growth is that it has had a peak concurrent audience of 2.1 million people in 2015. That’s more than twice what that figure was in 2014, and the people who are tuning in for these broadcasts are more engaged than ever before.

The average Twitch viewer tunes in for more than 1.5 hours each day — Twitch chief executive officer Emmett Shear pointed out that that is three times longer than the biggest Metal Gear Solid cutscene.

Of the 1.7 million broadcasters, however, Twitch notes that more than 12,000 are members of its partner program. These are people who can make money by livestreaming games on the site by sharing in the advertising revenue. That’s up from 10,000 just a few months ago.

But Twitch isn’t only about making money for its broadcasters. The various communities that use the site for marathons have raised more than $15 million for charitable organizations over the last 12 months. And more than 40 different organizations have seen a piece of that cash.