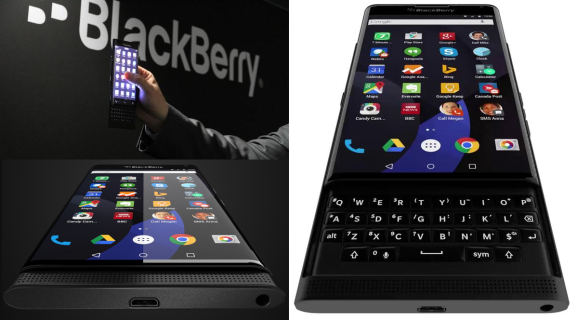 BlackBerry has finally confirmed its intentions to launch an Android smartphone, after months of speculation and leaks.

In its second quarter financial results, BlackBerry today said it “plans to launch a flagship handheld device that will run on the Android operating system with BlackBerry security.”

Early rumors suggested it would be named the BlackBerry Venice, and would come with a BlackBerry-esque sliding keyboard (H/T evleaks). The Canadian company stated in its Q2 report that it is “focused on making faster progress to achieve profitability in our handset business,” before finally confirming the launch of “Priv,” a name that was first rumored earlier this week.

The name “Priv,” of course, is a nod-and-a-wink to BlackBerry’s reputation as a privacy-focused company. “I am confirming our plans to launch Priv, an Android device named after BlackBerry’s heritage and core mission of protecting our customers’ privacy,” said BlackBerry CEO John Chen. “Priv combines the best of BlackBerry security and productivity with the expansive mobile application ecosystem available on the Android platform.”

As the initial leaks suggested, the new BlackBerry Android phone will be a so-called “slider,” meaning it will be touchscreen with a slide-out keyboard. With BlackBerry already supporting Android devices though its enterprise-focused BES12 security platform, the company says the new Android smartphone will be tailored for the business community with security in mind.

Original reports indicated the new Android phone could launch as soon as November, and that may not be too far off the mark as BlackBerry said it expects Priv to be made available “late in the calendar year in major markets in-store and online.” More details will be forthcoming.

This doesn’t mean that BlackBerry is ditching its own operating system. The company confirmed that it will continue working on BlackBerry 10, and said platform updates will be made available next March.

Today’s confirmation comes as another former mobile phone giant is rumored to be working on new Android devices — photos purported to be of a new Nokia C1 Android phone emerged earlier this month.

If you’d told me in 2007 that both BlackBerry and Nokia would one day make Android phones, I’d have called you crazy.