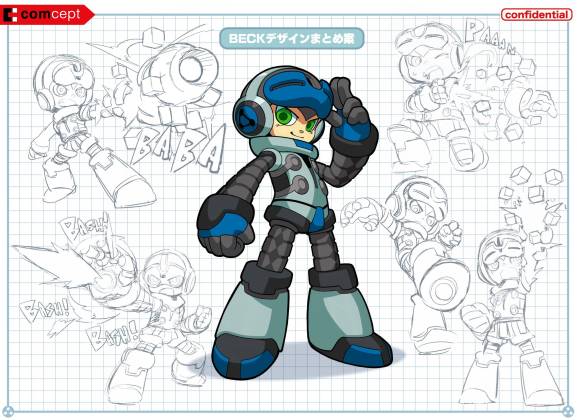 All robot masters better watch their metal butts this winter.

Mighty No. 9 is due out February 9 in the Americas, according to developer Comcept and publisher Deep Silver. You can will hit retailers as a physical version for Xbox One, PlayStation 4, and Wii U — additionally it’ll go up as a digital download for all of those systems and the Xbox 360, PlayStation 3, PC, Linux, and Mac.

Mighty No. 9 is the spiritual successor to Mega Man from one of the game’s original artists, Keiji Inafune. After Inafune left Capcom, he took the idea for a Mega Man-style platformer to the crowdfunding site Kickstarter and was able to raise $3.85 million with that campaign. During development Comcept revealed it was also partnering with Deep Silver to help publish the game.

While the game is due out February 9 in the Americas, it will not go live in other territories until February 12. Comcept and Deep Silver also plan to release Mighty No. 9 on PlayStation Vita and Nintendo 3DS handheld systems, but those version won’t go on sale until later this year.