Smartphone upstart OnePlus scored a minor success with its first phone, the OnePlus One, shifting 1.5 million devices globally in its first year in business. But all eyes were on the China-based company when its second phone was unveiled last month: the somewhat predictably titled OnePlus 2.

Initial reviews were generally positive, and VentureBeat opined that the $389 OnePlus 2 continues the OnePlus Cinderella story in grand style. But oftentimes, the real pros and cons of a phone only rear their little heads when you’ve used the device for a while.

Having upgraded from the OnePlus One to the second incarnation a month ago, I’ve put together some thoughts on what I’ve found to be great, not so great, and somewhere in the middle. This is less a review than it is a subjective guide to some of the OnePlus 2’s little wins and minor foibles.

One of the most useful “new” features in the OnePlus 2 is the alert slider, which is a three-position switch on the left-hand of the device. In the bottom position, the phone will receive all notifications, and in the top position prevents any alerts from disturbing you. The middle position means only priority notifications come through, a feature Google released with Android Lollipop 5.0. 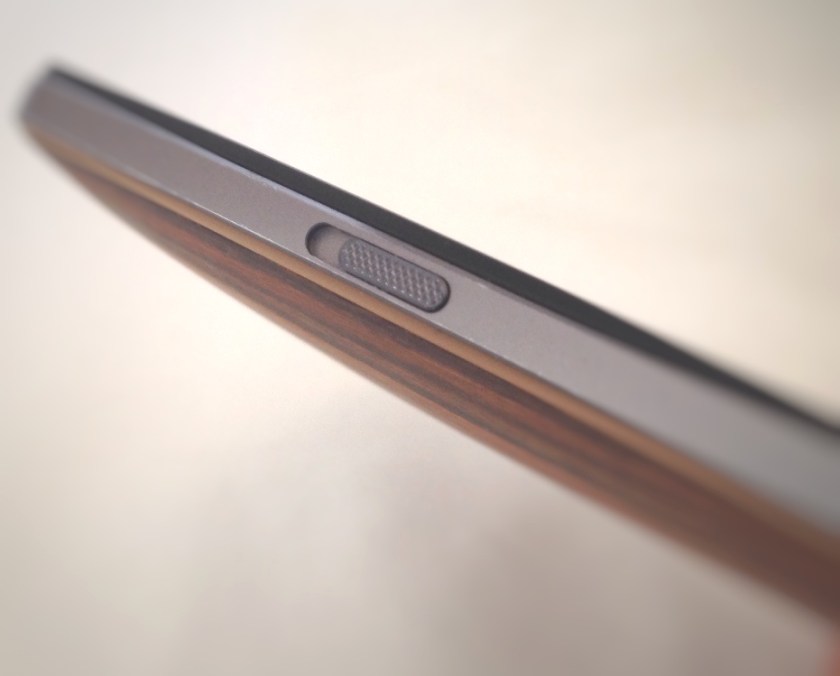 The switch itself is great — it means you can easily silence your phone without looking at the screen, so if you’re in a conference, movie theater, or anywhere else you’ve forgotten to plug the volume, it’s easy to activate. Steve Jobs insisted the iPhone should have a physical switch so you can kill the ringer volume when it’s in your pocket, and BlackBerrys have them too — it’s something that is actually very useful.

But it’s the middle mode on the OnePlus 2 that’s particularly intriguing. You can stipulate who is and isn’t allowed to send messages or call you. This can be broad, such as “contacts only” or “anyone.” But you can also “star” specific contacts in your address book, thus giving them priority status. 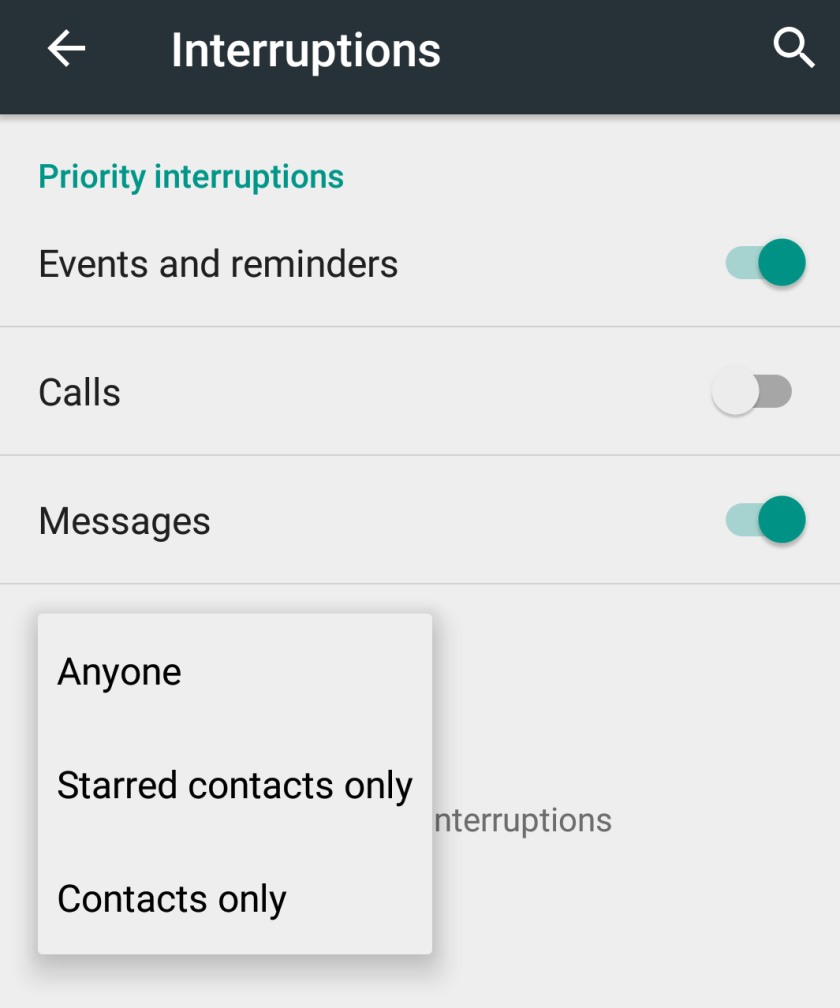 I’ll confess, one of the main reasons I was looking forward to upgrading to the OnePlus 2 was because it is dual-SIM — that is, I can have two telephone numbers at the same time on the same device. Dual-SIM hasn’t caught on in a big way in the West, but as someone who has one phone for personal use and one for business / spam use, it’s something I’ve wanted for a while.

There are two main types of dual-SIM phones — Dual-SIM Dual Active (DSDA) and Dual-SIM Dual Standby (DSDS). The former has two transceivers, meaning you can receive a call on your secondary SIM, even if you’re using the primary SIM. This means you can elect to hold your call and take the other incoming one. The OnePlus 2 has DSDS, meaning anyone calling the secondary SIM won’t be able to reach you immediately if you’re using the primary SIM.

While the benefits of a DSDA dual-SIM phone are clear, two transceivers means it takes up more battery power, so overall I’m glad that OnePlus uses DSDS, despite my initial disappointment.

I don’t normally listen to music on my phone sans headphones or Bluetooth speaker, so I rarely pay attention to the quality of a phone’s built-in speaker(s). However, when I watched a YouTube skit shortly after setting up, the quality of the OnePlus 2’s speaker really stood out, certainly compared to the OnePlus One.

The company puts this down to its integration of Waves’ MaxxAudio into OxygenOS, OnePlus’ own brand of Android, which also lets you easily “toggle” between various audio presets. Whatever the reason, it’s noticeably crisper and less tinny, and I wouldn’t hesitate to use this on its own in an impromptu situation. Don’t get me wrong, though, you’ll still want a Bluetooth speaker if you’re hosting a party.

This will probably be a “meh” for many people, but for someone who captures a lot of screenshots, the OnePlus 2’s OxygenOS has a screenshot function built directly into the Power button. This isn’t entirely a new concept, but it’s not that common, and it’s proven very useful for capturing one-handed screenshots. 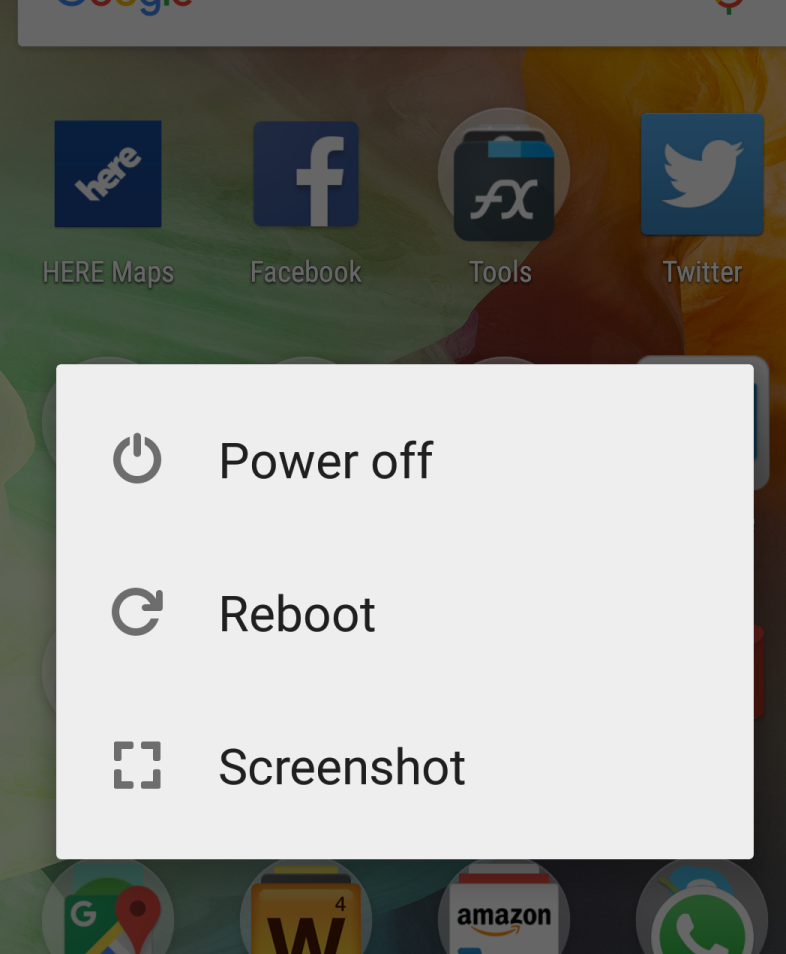 Though it’s not the first device to get the USB Type-C treatment, the OnePlus 2 is one of the first, and alongside the likes of Apple’s recent MacBook refresh and Google’s Chromebook Pixel, this should hopefully help the new USB standard gain traction.

USB Type-C basically means it has a reversible-plug connector, meaning the cable works whichever way around you insert it. With micro-USB, it was often fiddly trying to find the right way in. 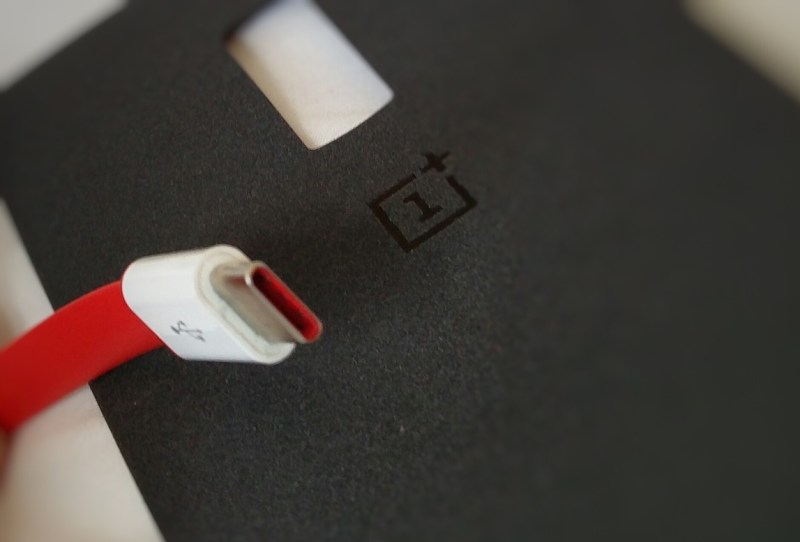 In terms of the OnePlus 2’s performance, USB Type-C has no real impact, but you would be surprised at how much more convenient it is being able to plug both ends of the OnePlus charging cable into their ports and not worry about whether it’s the right way around.

It’s not all peaches and cream, however. The downside is that all those micro-USB cables that I’ve invested in and placed strategically around the house and in the car are now redundant. Moreover, that portable battery pack with built-in micro-USB cable isn’t as useful as it was.

Most of the “bad” facets of the OnePlus 2 are easily remedied with future software updates, but these are still issues that annoy me one month into using the phone. Are these all first-world problems? You bet.

With the Cyanogenmod 12-powered OnePlus One, your phone would wake if an alert was received on the device. So if it was sitting on your desk, you could see the alert without moving a finger. With OxygenOS on the OnePlus 2, this no longer happens. This won’t be a problem for everyone, but it’s something I noticed not long after setting up, so it’s likely to irk other users too.

That said, we are told that this feature will be added in a future over-the-air (OTA) update.

If you’re anything like, me, you can have dozens of apps “open” at any given time. And trying to switch between them can be a pain if there are too many, which is why the option to kill all the background apps at once was a useful feature in previous versions of Android, including Cyanogenmod 12 on the OnePlus One. In OxygenOS, the feature’s gone, meaning you have to manually swipe on each app to remove it. 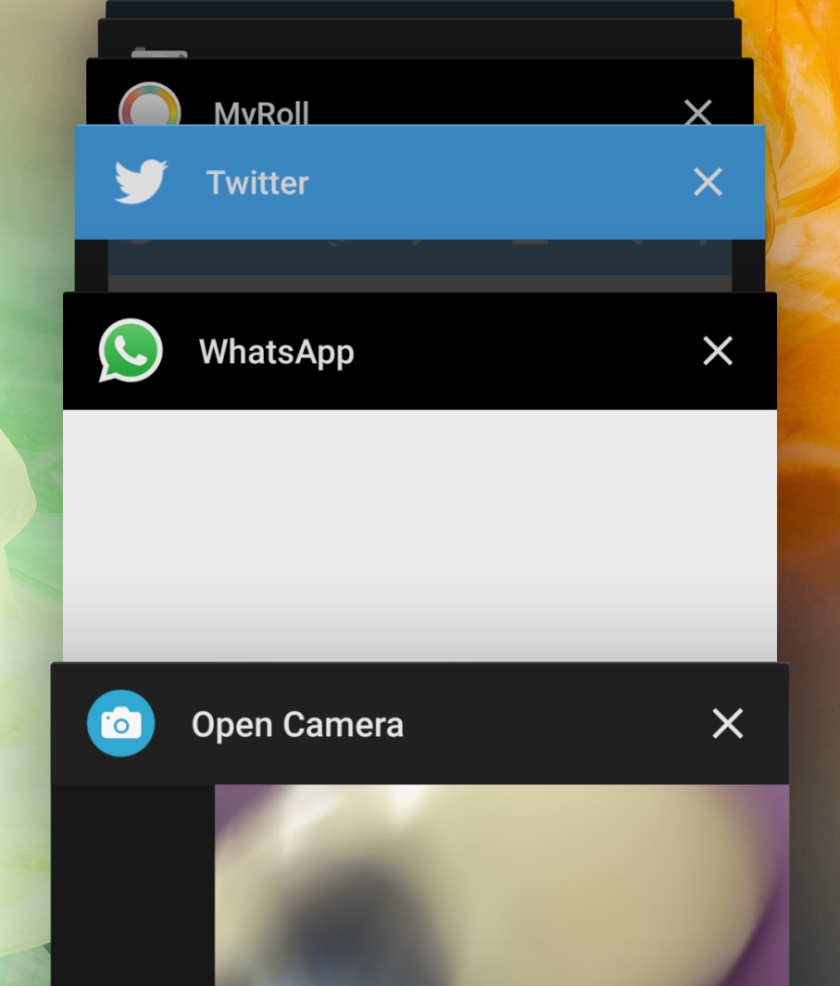 Above: Kill all apps

We’re told that it’s something that could be added to OxygenOS in the future, but there are no firm plans on that front yet.

When I first unpacked the OnePlus 2, it had a curious quirk that meant many apps simply did not display in landscape mode. There I was, rotating the phone to view a beautiful panorama, but the display wouldn’t swivel with it. An update to the phone’s software soon fixed part of the problem, but it still affects a handful of apps — ones that I use a lot.

Both Google Maps and Here Maps refuse to work in any mode other than portrait, so when I have the device mounted to my windscreen for turn-by-turn navigation, I’m forced to view it “long ways.”

I’m assured that this will be fixed in a future update.

With its second phone, OnePlus has moved the power button onto the same side as the volume button, presumably to make way for the alert slider, which sits on its own on the left-hand edge. You would think this was a harmless move, but it can be annoying in certain circumstances. I can’t always look at the phone, so I often rely on the power of touch to control the volume if I’m in the dark or if it’s in my pocket when I’m out for a run. 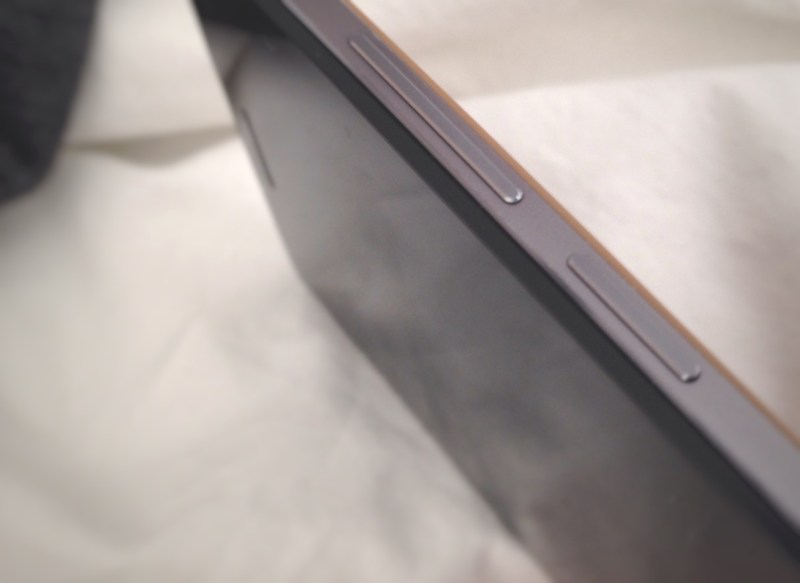 By having the buttons next to each other, I often find myself fumbling around trying to press the correct volume button, but accidentally hitting the power button. This is exacerbated when the phone is in its silicon protective case (made by a third-party, admittedly), as it’s near impossible to distinguish between the buttons.

It’s not a huge inconvenience, sure, but it’s something that I’ve noticed.

Yes, USB Type-C is something I like a lot, which is why I placed it in the “Good” category too. But I’ve had to invest nearly £40 ($60) in new cables and adapters to scatter around the house and in my car, replacing the old micro-USB incarnations. I appreciate that this is simply part of the evolution towards a new USB standard, and it’s not something I would hold OnePlus responsible for. It’s simply an expense I hadn’t considered before upgrading. I’ll get over it.

With a 3,300 mAh battery, the OnePlus 2 promised slightly better power than its predecessor, which offered 3,100 mAh. Whether it’s down to the extra “gig” of RAM in the OnePlus 2, I don’t know, but I’ve noticed no real improvement — if anything, the second phone eats up more juice.

With normal use (i.e., no YouTube streaming), I will usually have to charge the phone at least a little bit throughout the day, for fear of it running out before I go to bed. The battery is probably on a par with many other smartphones, though, and it’s nothing special.

OnePlus tinkered a little with swappable rear covers for its first phone last year, but it wasn’t widely available. With the OnePlus 2, the customizable covers are all available from the get-go and represent a big part of OnePlus’ monetization on “extras.” At $27 each, they’re not cheap, and if you’re more into functionality than aesthetics, then you’ll probably give these a big “meeehh.” 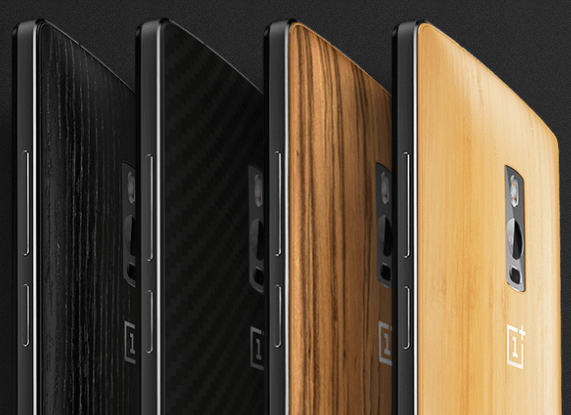 The first OnePlus phone offered NFC (near-field communication) technology, but the OnePlus 2 doesn’t — this has been a core criticism of the device in many reviews. But quite honestly, it’s not something I’ve missed.

With Google recently rolling out Android Pay in the U.S., NFC could be a nice-to-have feature on the OnePlus 2, but I reckon by the time contactless mobile payments catch on in a big way, it will be time for the OnePlus 3 to roll out — with NFC in tow. Also, while OnePlus doesn’t reveal a global breakdown of its sales, it’s likely that most of its potential customers are based in countries where Android Pay may not exist for some time.

For unlocking my phone, it’s only mildly more convenient than swiping a pattern or entering a code. The real value will be when more apps let you sign in with your fingerprint credentials, so it’s something I’m not completely averse to embracing.

All-in-all, I have no regrets about upgrading to the OnePlus 2. On a day-to-day basis, I don’t actually notice too much difference between the first version of the phone that launched last year and this one. But the features it has gained, such as dual-SIM and the alert slider, are very welcome. Features, such as NFC, which it lost — well, I won’t really miss them.

Most of the little annoyances lie in the software, which OnePlus can easily remedy with future updates — I hope this happens sooner rather than later. For all the talk of processing power and screen sizes, it often is the little things that really grate on you after a while.