We’ve just returned from the Apple Store in downtown San Francisco, where throngs of iPhone 6s buyers and media showed up to see the traditional doors opening on launch day.

Here are some of the things we saw.

(We also got our iPhone 6s from Apple today. Check out the unboxing video at the bottom of this post.)

Lots of local media were on hand to cover the launch. 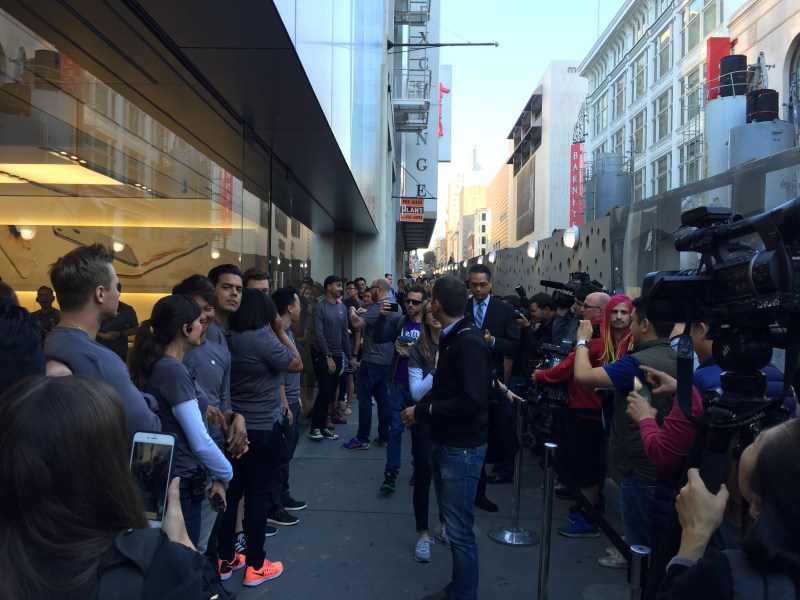 Apple had some big security guys with tattoos. So no mucking about or stepping out of line. 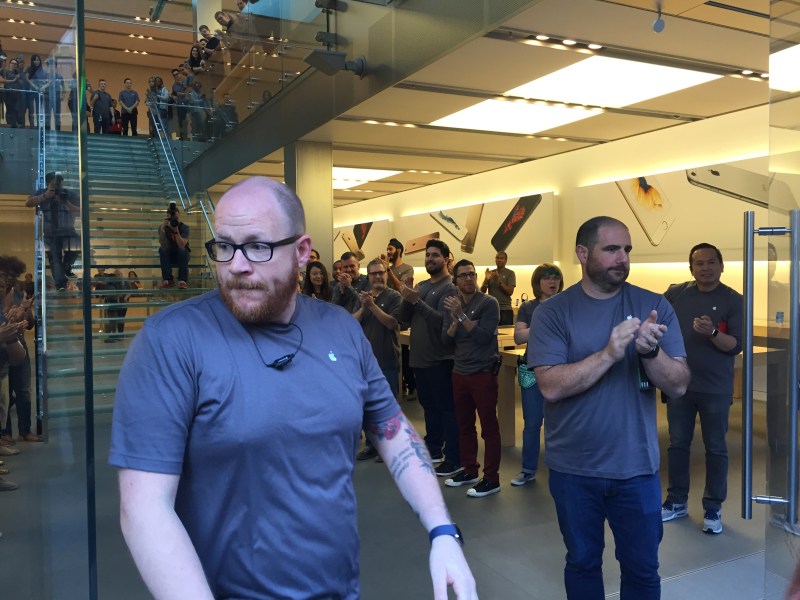 And then the doors opened, and the first people in the line were allowed in. Apple people were making sure everyone had a reservation. 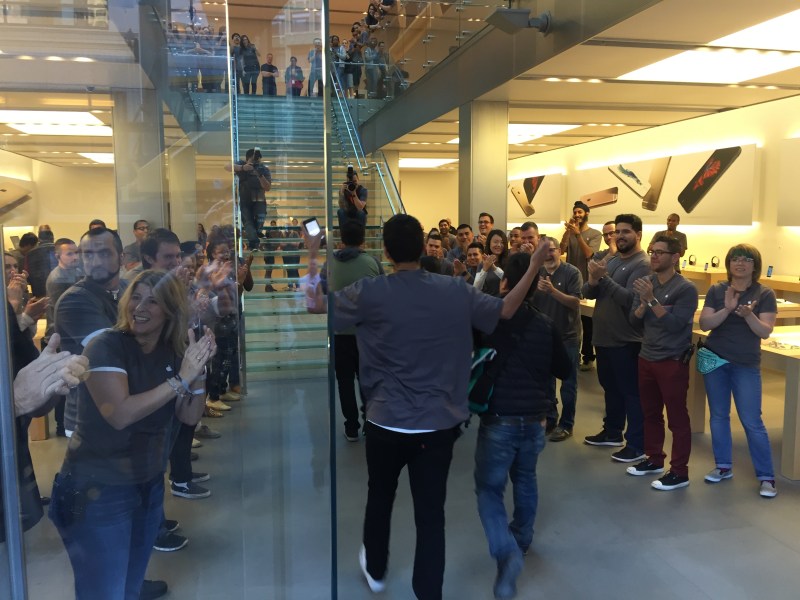 Then a few more. 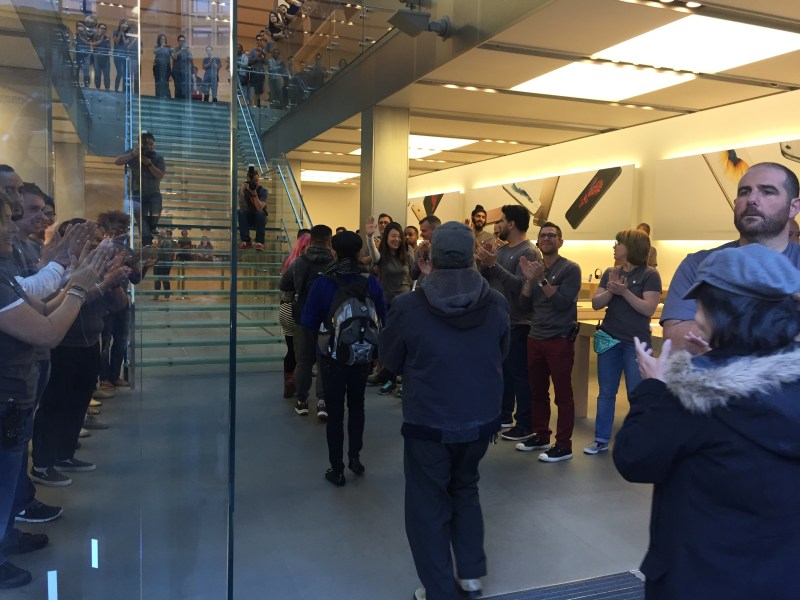 Then they invited in some special guests from a much shorter line to buy phones. 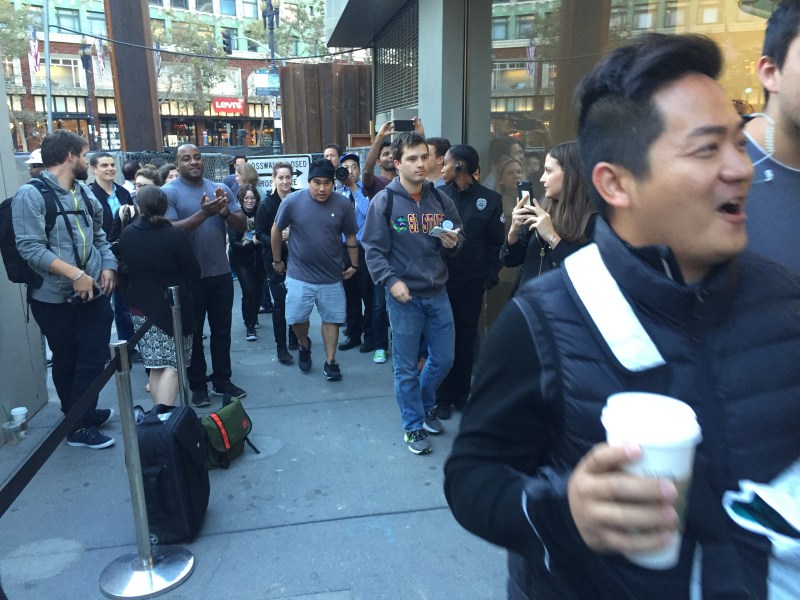 It wasn’t long before people were lining up to pay. They were eager to get out of the store to set up their new devices. 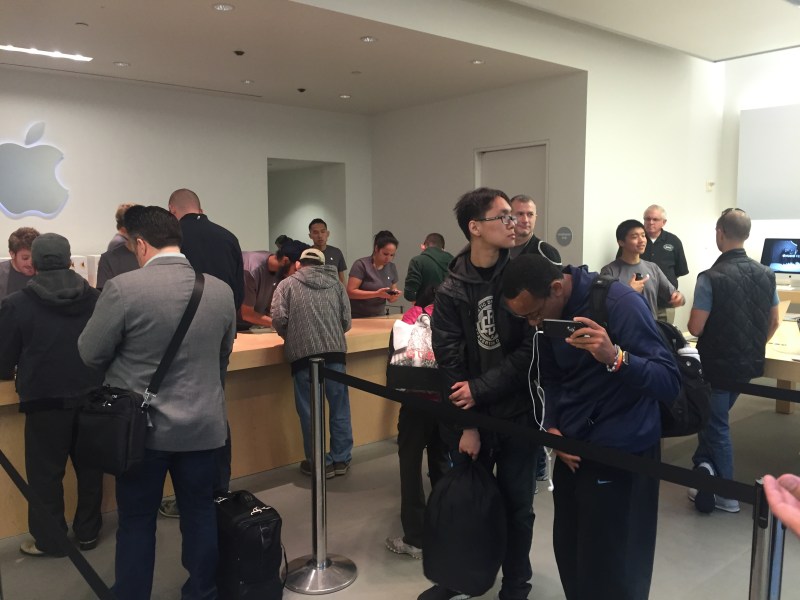 Lilliana, a sales clerk, was processing sales using an iPhone with a large back cover. She was friendly and very efficient. 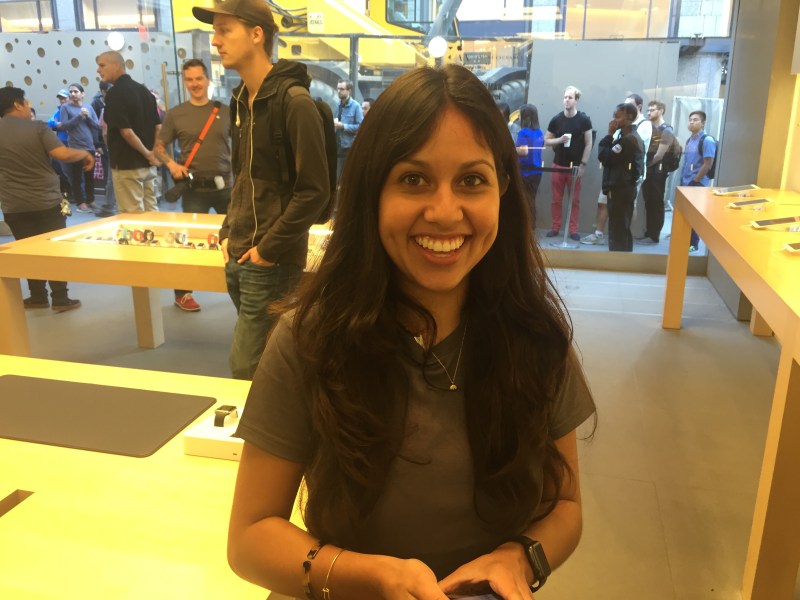 And here’s that unboxing video:

We will be putting the new phone through its paces today and over the weekend, so stay tuned for more hands-ons and review posts.