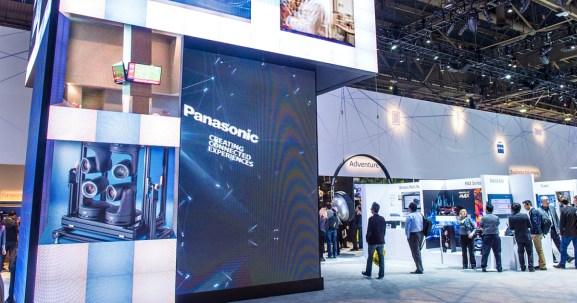 After exiting the global mobile phone market in 2005 due to poor sales, Panasonic attempted a comeback in 2012, only to essentially flop again the following year with 5.4 billion yen ($45 million) in operating losses in its mobile division. Samsung and Sony emerged as two of the big winners in the space, though Panasonic has still been trying to sell smartphones in India.

On Monday, however, there seemed to be fresh signs of optimism from inside the company about the outlook for its global smartphone business between now and 2018. According to The Economic Times in India, Panasonic is targeting close to $2 billion in smartphone revenue by 2018, as it seeks to make a global comeback in the space. The comments come from a top Panasonic executive in the country.

Global is perhaps not an entirely accurate way to describe the new push, as Panasonic seems to be doubling-down specifically on opportunities within emerging markets across south Asia, the Middle East, and Africa (largely ignoring Europe and the U.S.). But it’s certainly a step out of Japan, and for the low-end play and small margins it’s likely looking at for its smartphone business, the real growth and opportunity is indeed in the emerging markets. Playing a numbers/volume game rather than targeting wealthier consumers makes sense, and can be better accomplished in these rapidly growing regions.

The report cites Panasonic’s recent launch of smartphones in Sri Lanka and Nepal, as well as plans to enter Dubai, Iran, and Saudi Arabia next week. South Africa will follow next month. But India remains the sun around which all the smaller planets of its new smartphone solar system will spin. Specifically, India is key to Panasonic’s outlook and growth forecasts for its smartphone business. In line with that, it said it expects sales in India to more than triple by 2018, accounting for up to half of its smartphone revenue targets, according to the Times. India will also serve as a major manufacturing base for Panasonic.

A few more numbers from the report: The company claims 3 percent of India’s smartphone market right now, and expects that to increase to 9 percent by the end of 2016. That would make Panasonic one of the top-four smartphone brands in the country.

“The mobile phone market is three times that of consumer electronics and will be the main growth-driver for Panasonic in India and other emerging markets,” Panasonic’s managing director for India, Manish Sharma, was quoted by the Times as saying. “[Our] smartphone range will be expanded, will be feature driven, and around 15 percent lower priced than top-line competitive brands.”

The news is interesting because, frankly, it’s both surprising and, in some ways, unsurprising to hear Panasonic talking so openly about a big push in smartphones. Like Blackberry, a once-top global phone brand that lost its way amid the rise of the iPhone and a slew of cheaper Android devices, Panasonic has been suffering. This move shows that it thinks there’s still plenty of opportunity and growth to be squeezed out of smartphones as a rising global middle class emerges — even with the horribly thin margins that it will have to play with, which are squeezing out once-strong players like HTC.

We’ve reached out to Panasonic for more information and will update you if we hear back.