Mark Skaggs, a seasoned game designer that created hits such as FarmVille and Empires & Allies, has decided to leave Zynga after nearly seven years, GamesBeat has learned. 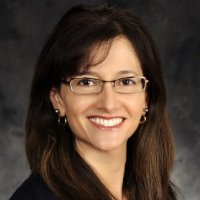 Skaggs’ games have seen play from hundreds of millions of gamers during his time at Zynga since 2008. But after spending a lot of his time commuting from Texas to California, he is stepping down. The company described the departure as amicable.

The departure signals more change for Zynga in the $30 billion mobile game market, where the company is trying to get more traction against entrenched competitors.

Zynga is dependent on seasoned game designers such as Skaggs, and it still has plenty of experienced people in its ranks. Zynga is also announcing today that it is promoting Lincoln Brown and Joe Kaminkow to senior vice president posts. Both are focused on social casino slots games, a category that was up 274 percent in the second quarter from a year earlier.

Chief executive Mark Pincus, in a company email that Zynga provided exclusively to GamesBeat, thanked Skaggs for his years of service. Skaggs led the team that created FarmVille on the Facebook social network in 2009. That game got as many as 32 million daily active users at one point. He created other big games such as CityVille, The Ville, Treasure Isle, and Command & Conquer Generals at EA.

“He’s going to spend some time with his family before determining what his next adventure will be,” said Pincus. “We thank Mark for his leadership and contributions to Zynga over the years across a range of games, including FarmVille, CityVille and most recently into the action strategy category with Empires & Allies.”

Pincus said the Empires & Allies team will now be under the leadership of Katherine De Leon as general manager. Empires & Allies will launch new features in the coming weeks such as Alliance Warfare and War Factory. Game veteran Pete Hawley will oversee De Leon and the action and strategy business.

Zynga said earlier that it is happy with the performance of Empires & Allies, which is one of the first titles to go after hardcore gamers on mobile devices.