Visionary Realms wasn’t successful in its crowdfunding campaign last year to raise money for its next-generation massively multiplayer online game, Pantheon: Rise of the Fallen. But EverQuest creator Brad McQuaid and his team didn’t give up. And today, they’re announcing they have raised a seed round to fund development of the title.

The new seed funding will help the Carlsbad, Calif.-based company take a big step forward in developing its fantasy role-playing MMO, said McQuaid, chief creative officer at Visionary Realms in an interview with GamesBeat at the Gaming Insiders event last week. Indeed, since Visionary Realms is taking on successful MMOs like World of Warcraft, it’s going to need a fair amount of money to get its project off the ground.

Although the developer failed to hit its target with a Kickstarter campaign in February, 2014, Visionary Realms managed to keep going on tenacity alone. More than $460,000 was pledged in the campaign. With Kickstarter, it’s all or nothing. Since the company didn’t hit its $800,000 target, it didn’t get any of the pledge money. But it did start its own funding campaign for donations on its Web site, and that kept the game alive. Now, the company has a playable prototype ready, and the new seed funding from a private angel investor will help it grow a lot more.

“It’s more than a prototype, with 10 full playable levels,” said McQuaid. “It’s a significant milestone. We still have a small world, but it’s fun to play in. We’ll make it a bigger world over time.” 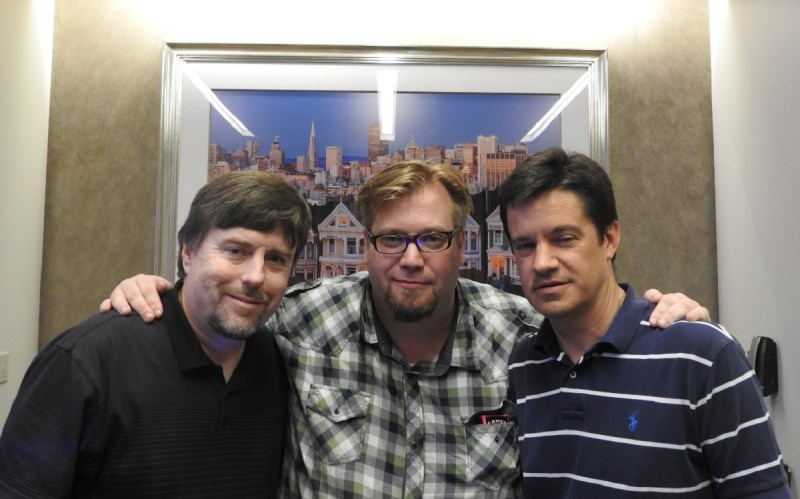 The company isn’t naming the investor yet. It’s rare for an investor to come along and invest in a failed crowdfunding project. But McQuaid said the company was able to show its progress and fun gameplay.

“This is a dream, a passion,” McQuaid said. “There are easier games to make. We’re stubborn. Nothing is going to stop us.”

Some team members had to leave for jobs elsewhere after the Kickstarter failed. But some, like de la Durantaye, returned.

“Our philosophy is different,” McQuaid said. “Some of the recent MMOs have huge budgets and make a game that is perfect for everyone. Our belief is the future of MMOs is smaller, more targeted games. Over 10 million people play massively multiplayer games. That’s a huge group. There are people with all sorts of tastes and styles of gameplay. We target an audience and make a fantastic game just for them. We don’t need ridiculous budgets.” 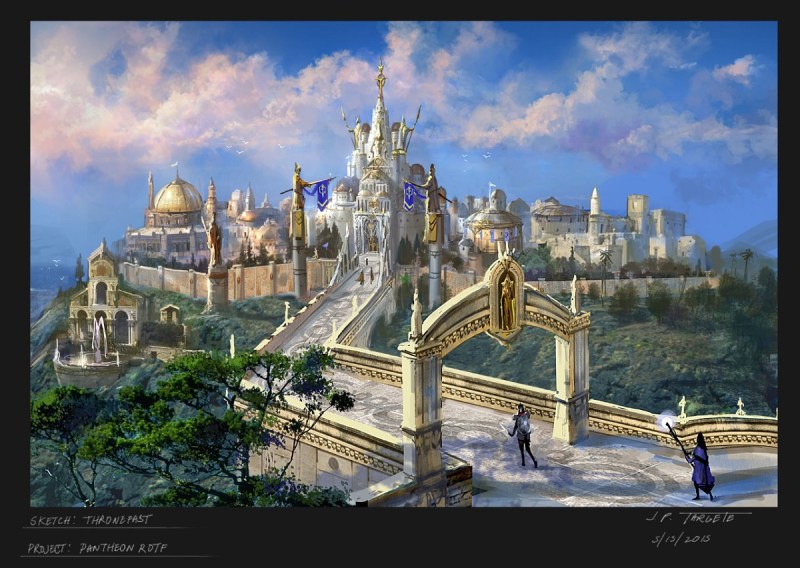 Above: Concept art from Pantheon: Rise of the Fallen.

World of Warcraft is losing some of its lock on subscription MMO players. The giant fantasy MMO game from Blizzard Entertainment lost 1.5 million subscribers in the second quarter alone, with its total number of subscribers dropping to 5.6 million.

“I think a lot of them are looking for something new, something challenging and more cooperative,” McQuaid said.

I saw a demo of the world. Pantheon takes place on Terminus, a high fantasy world of powerful deities, valiant heroes, insidious enemies, and fantastic creatures. It focuses on challenging content and social aspects of gameplay, encouraging groups and guilds, forging new relationships, and earning a reputation in the community. It has multiple fantasy races and classes. The world itself has been formed from “shipwrecked” fragments of many different realms and worlds.

Taking a lesson from Dark Souls, Pantheon values great risk versus great reward. The player will always be encouraged to push themselves and embrace exploration, adventure, danger, and the community of players alongside them.

“The game requires tactical awareness of who you are and what you are going up against,” McQuaid said. “If you prevail, it’s because you didn’t just mash a button. You went into it with strategy and forethought.”

McQuaid’s team includes veterans who worked on EverQuest, Vanguard: Saga of Heroes, and Star Wars Galaxies. EverQuest, launched in 1999, had a team of 23 people. It took three years and $8 million to complete.

Pantheon won’t have a budget that big. But it will likely have a long beta test. A pre-alpha test will likely happen this year, with a formal beta testing happening sometime next year. The company will likely need another round of funding to complete the full game.

Above: More from Pantheon: Rise of the Fallen.