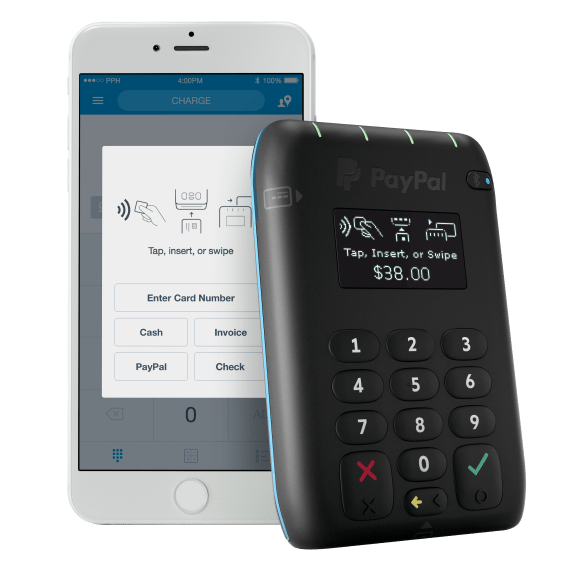 PayPal Here is announcing the rollout of a new chip-card reading dongle in the U.S. that will also accept contactless mobile payments, including Android Pay and Apple Pay.

The announcement comes as Visa and MasterCard are shifting account holders over to chip-based credit cards. The new reader is set to debut on September 30 and will be available in the U.S., as well as the U.K. and Australia, where PayPal has previously launched chip-card reading dongles.

Visa and MasterCard have already started replacing magnetic stripe credit cards with more secure chip-embedded cards. However, starting on October 1, 2015, the two credit issuers will no longer cover the costs of fraud for merchants who have not upgraded their point of sale (POS) systems to securely process chip cards. As a result, all fraudulent charges resulting from chip card transactions on antiquated POS systems will be absorbed by the merchant — a costly prospect.

Companies like PayPal, Square, Clover, and Poynt are taking advantage of the liability shift to get merchants to switch out their legacy systems for one of their upgraded transaction terminals.

PayPal first announced it would be releasing a chip-card reader earlier this year. When the reader arrives later this week, it will cost $149. Merchants who process low volumes (less than $3,000 in 3 months) can get a $100 rebate. Comparable card readers cost anywhere between $200-$350, making PayPal’s reader competitively priced. Still the reader, aimed at small businesses, is not priced as low as Square’s chip reader, which costs between $29 and $39.