When the latest round of Android phones was announced earlier this year, I was mainly interested in the flagship devices from two competing South Korean companies. The Samsung Galaxy S6 (and the Samsung Galaxy S6 Edge cousin) was intriguing because it reset a lot of what the Galaxy product line had achieved. The LG G4 was equally interesting largely because it appeared to be aimed at power users.

I’ve been using these two phones for the past few months, and I have to say it’s been a tight race. There are some important differences and tradeoffs to note (the S6 has a fingerprint sensor, while the G4 has a micro SD card slot), but I suspect it will still be a difficult decision for many.

If you care about how your phone looks, Samsung simply makes LG look like the amateur. The S6 is a beautiful phone, and the Edge takes that a step further with its curved screen (though it’s not particularly useful).

The G4 isn’t ugly or anything along those lines, but it’s also nothing special to look at. The placement of the power/lock button on the back, however, is quite cumbersome and very difficult to get used to.

Both phones feel solid in hand, and are definitely not too light. Neither of them feel cheap, and while the S6 is arguably better designed, the G4 will still catch people’s eyes.

The G4 is slightly heavier, but this is to be expected given its size, making it slightly easier to drop. That said, the S6’s glass back puts it on top as the more likely candidate to slip out of your hand.

Compared to the S6, the G4 has a slightly larger display (5.5-inch versus 5.1-inch) and is of course the larger phone. But the S6 isn’t too small, nor does it feel like the screen is compromised because Samsung has less real estate to play with compared to LG.

If you have small hands, or if you are coming from a smaller phone, the G4 will definitely take some time to get used to. It’s certainly manageable, but if you prefer something smaller, you won’t be making any major tradeoffs by going with the S6.

It really comes down to what you use your phone for. If you watch a lot of videos, movies, and TV shows on your phone, or play a lot of games, it’s worth considering the G4. If you’re on the go a lot and something smaller is more manageable, the S6 is the safer bet.

Both phones produce gorgeous images and never made me feel as if I was getting a subpar experience. These are flagship devices after all.

There isn’t too much to report here. Both Samsung and LG know how to make a phone, and to make sure that you can hear the person on the other end.

In terms of the speaker, the G4 is louder without question. I tested this with a few different sources, including songs and videos. If you use your phone as a boombox, the S6 is loud, but it shouldn’t be your first choice.

The S6 produces better photos than the G4, but only ever so slightly. Unless you’re a photography pro, you won’t notice a significant difference between the two. In fact, these two arguably have the best cameras you’ll find in a phone so far this year.

Here is a picture of the S6 taken with a G4: 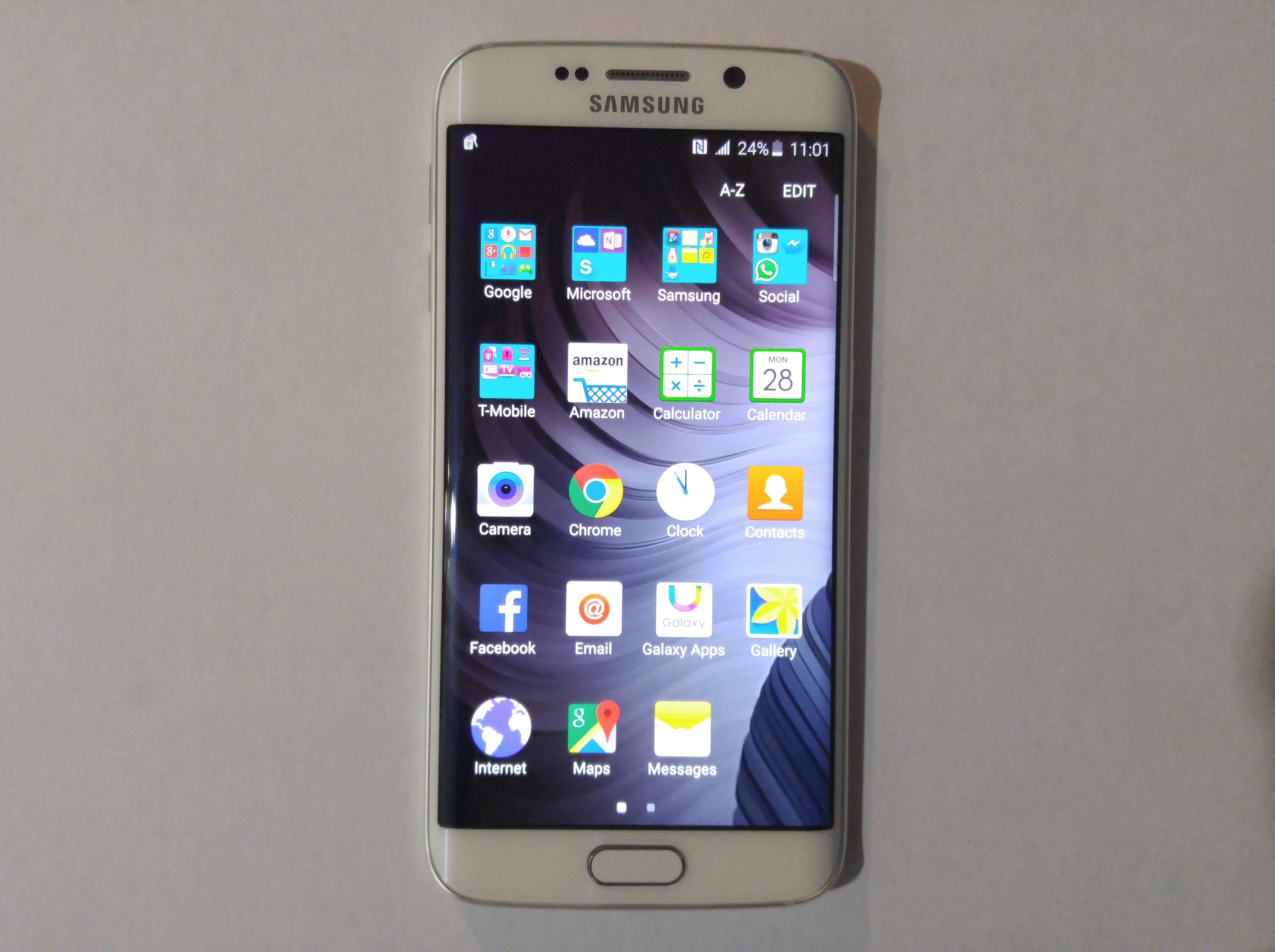 Here is a picture of the G4 taken with an S6 Edge: 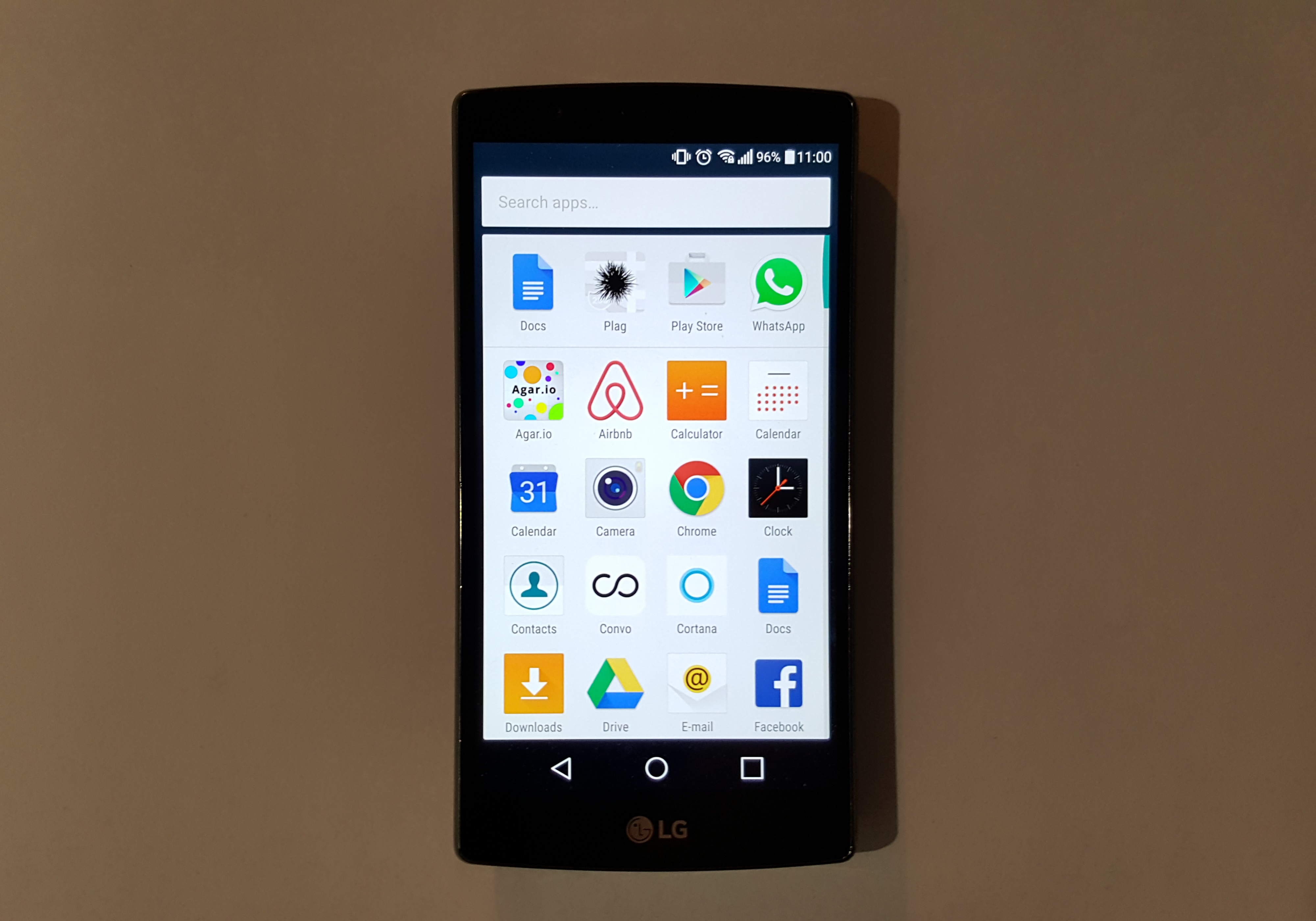 Because these are both Android devices, the software is quite similar. Both phones even have their own exercise tracking apps, though I honestly wasn’t impressed with the accuracy of either. They’re nice-to-haves, but neither is particularly reliable.

In terms of aesthetics, I would say Samsung put in more effort than LG did. Some of the icons on the G4 in particular look like they were drawn without any design considerations whatsoever.

In both cases, though, I recommend installing the Google Now launcher. While there are some minor advantages to the launchers provided by Samsung and LG (the biggest one being more app icons per page), having Google Now just a swipe away is extremely useful.

But these are usually caused by poorly coded apps rather than carefully chosen hardware. Even Android software has become quite reliable, and you can largely expect your phone to work exactly as you want 99 percent of the time.

If you’re having problems, whether you’re using the S6 or G4, restarting an app or the whole phone is the easiest way to get back top performance. And it’s easy enough to reset the device to factory settings to really get that fresh start.

The G4 has a bigger battery than the S6 (3000 mAh versus 2550 mAh). It’s also the bigger phone with a bigger screen, so these two cancel each other out.

Both phones last a day without any problem. That said, they also start to drain more quickly the longer you’ve had them for. This is just the way phones are.

The G4 still wins this category due to one major differentiator: It has a removable battery. If you’re a power user who spends hours upon hours on their phone every day, you can dismiss the S6 right away.

Unless of course, you plan to replace your phone in a year anyway, in which case you’ll probably be OK. You can also carry around a battery pack or car charger and recharge your S6 that way. But with the G4, you can replace your battery as needed, and your phone will last just as long as it did on day one.

You can’t really go wrong with either of these devices. Still, as is usually the case with Android phones, waiting a bit longer is also an option.

The new Nexus phones (including the Nexus 5 successor from LG) are getting announced tomorrow. And of course, the S7 rumors have already started to slip out of Samsung.