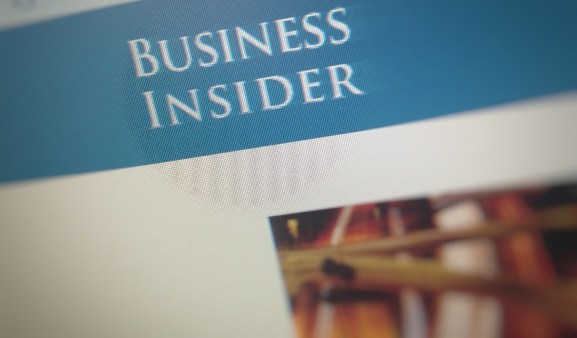 After weeks of rumors, German publishing giant Axel Springer confirmed it has acquired 88 percent in digital media company Business Insider. As Axel Springer already owned 9 percent of the company, this brings its total ownership to 97 percent.

Business Insider was cofounded in 2007 by former DoubleClick CEO Kevin Ryan and current Business Insider editor / CEO Henry Blodget. Axel Springer says it’s paying $343 million for the additional 88 percent stake, and the price was based on a full 100 percent value of $442 million “on the basis of a cash and debt free valuation of $390 million.”

Amazon CEO and founder Jeff Bezos owns the remaining 3 percent through his personal investment company, Bezos Expeditions, and was said to have invested around $37 million in Business Insider over the past few years.

Founded out of Berlin in 1946, Axel Springer is among Europe’s biggest publishing houses, with almost 15,000 employees and brands such as Die Welt, Bild, and Fakt under its wing. However, the company has been pushing to boost its English-language credentials in recent times, and recently lost out to Japan’s Nikkei in a bid for the Financial Times (FT).

“With the acquisition of Business Insider, we continue with our strategy to expand Axel Springer’s digital reach and, invest in digital journalism companies in English-speaking regions of the world,” said Mathias Döpfner, CEO of Axel Springer.

Business Insider is, of course, a completely different style of publication from the FT, but Business Insider does claim around 76 million unique monthly visitors, so this gives Axel Springer a decent entry point to a sizable English-language market.