The latest additions to the Nexus series of Google mobile devices, LG’s 5X and Huawei’s 6P, both look sleek and think fast. They both come armed with 12.3-megapixel cameras and Google’s new Android Marshmallow preloaded.

After playing with each of them for about 10 minutes, I can say that I want a lot more time with LG’s latest in the Nexus line, which starts at $379.

The Huawei’s Nexus debut, starting at $499, feels like a solid start, but it’s just a little too fancy for me. And that wide black bar on the top of the back is just too ugly to forget about. 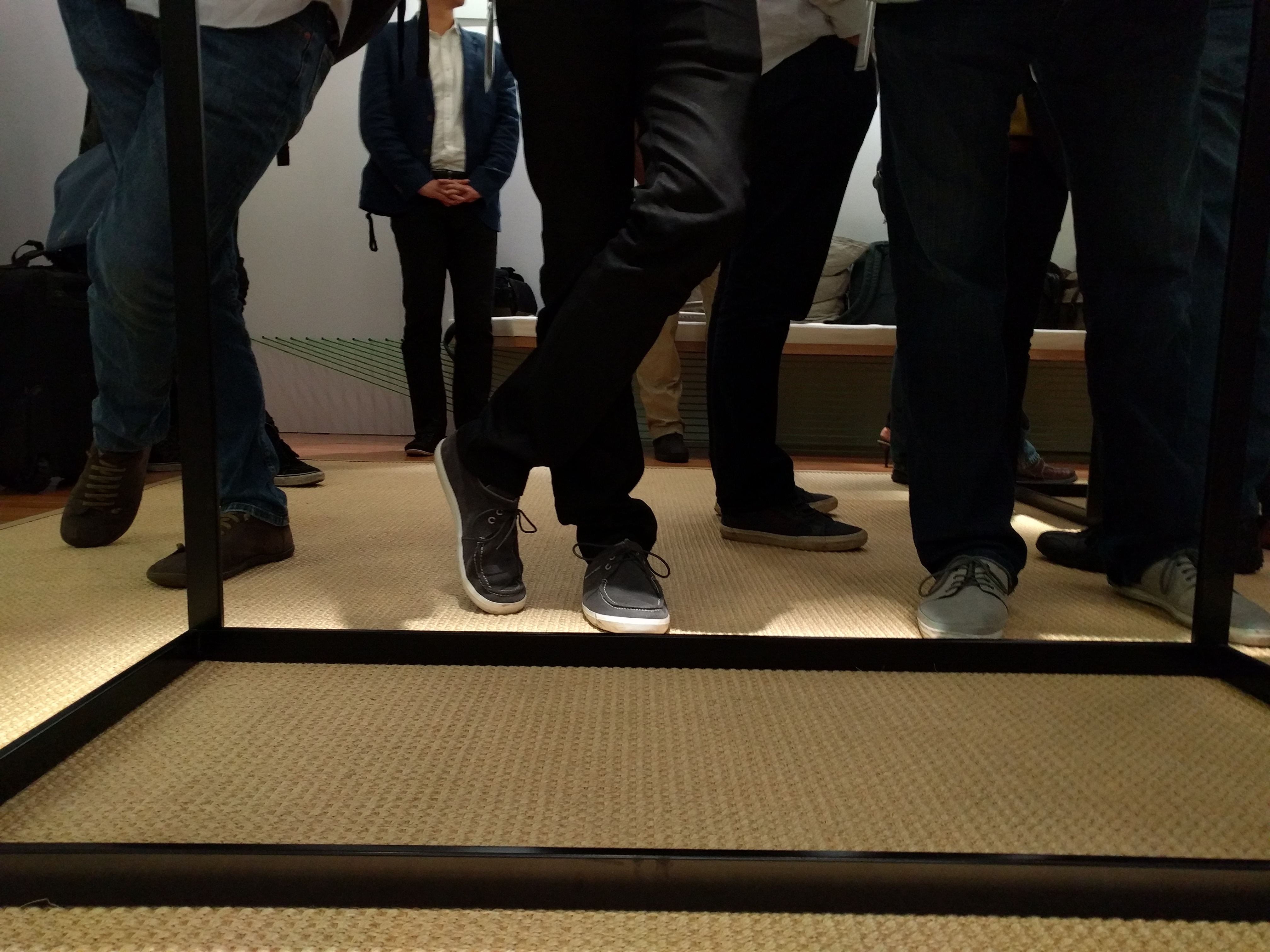 Above: A quick shot in less-than-desirable light with Huawei’s Nexus 6P. 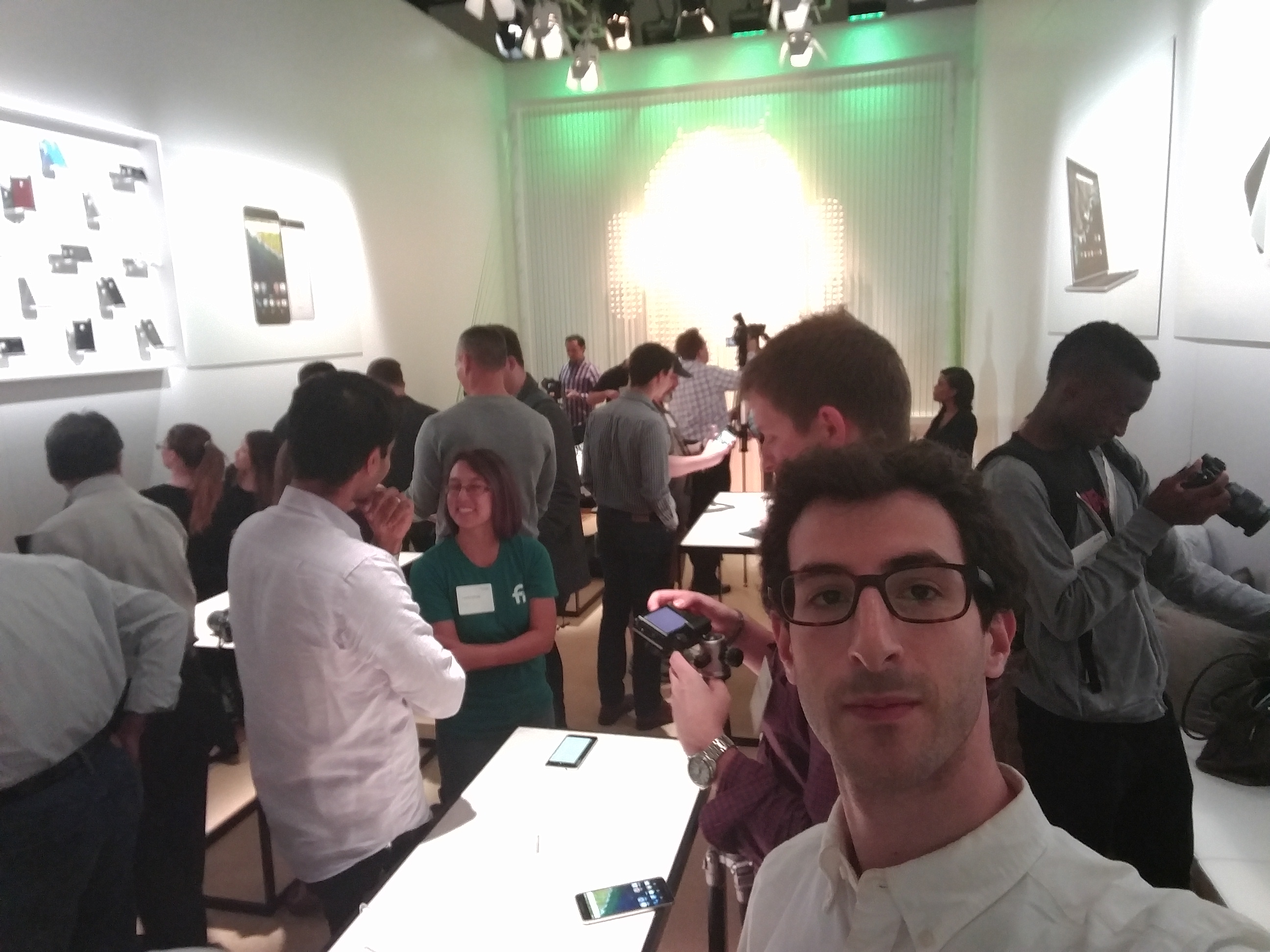 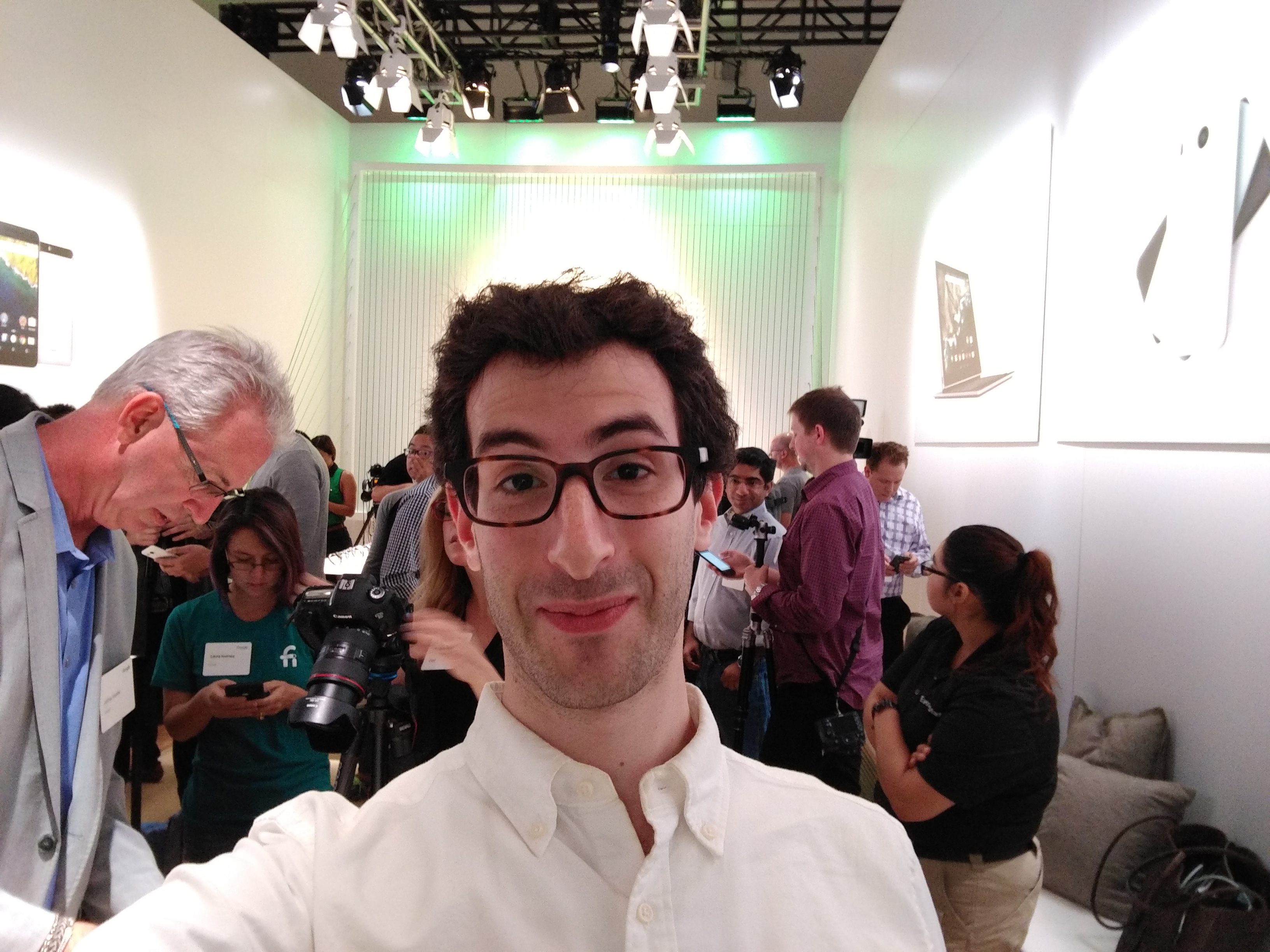 Above: A selfie on Huawei’s Nexus 6P.

The 6P was not too big for me — at 5.7 inches, the screen was just a bit smaller than last year’s Nexus 6. It felt nice to hold horizontally in two hands, and even with one hand vertically it felt fine.

The aluminum casing on the 6P looks elegant and everything, but it makes the phone feel delicate. It’s thin and sturdy, sure, but I still worried about dropping it and having it shatter. 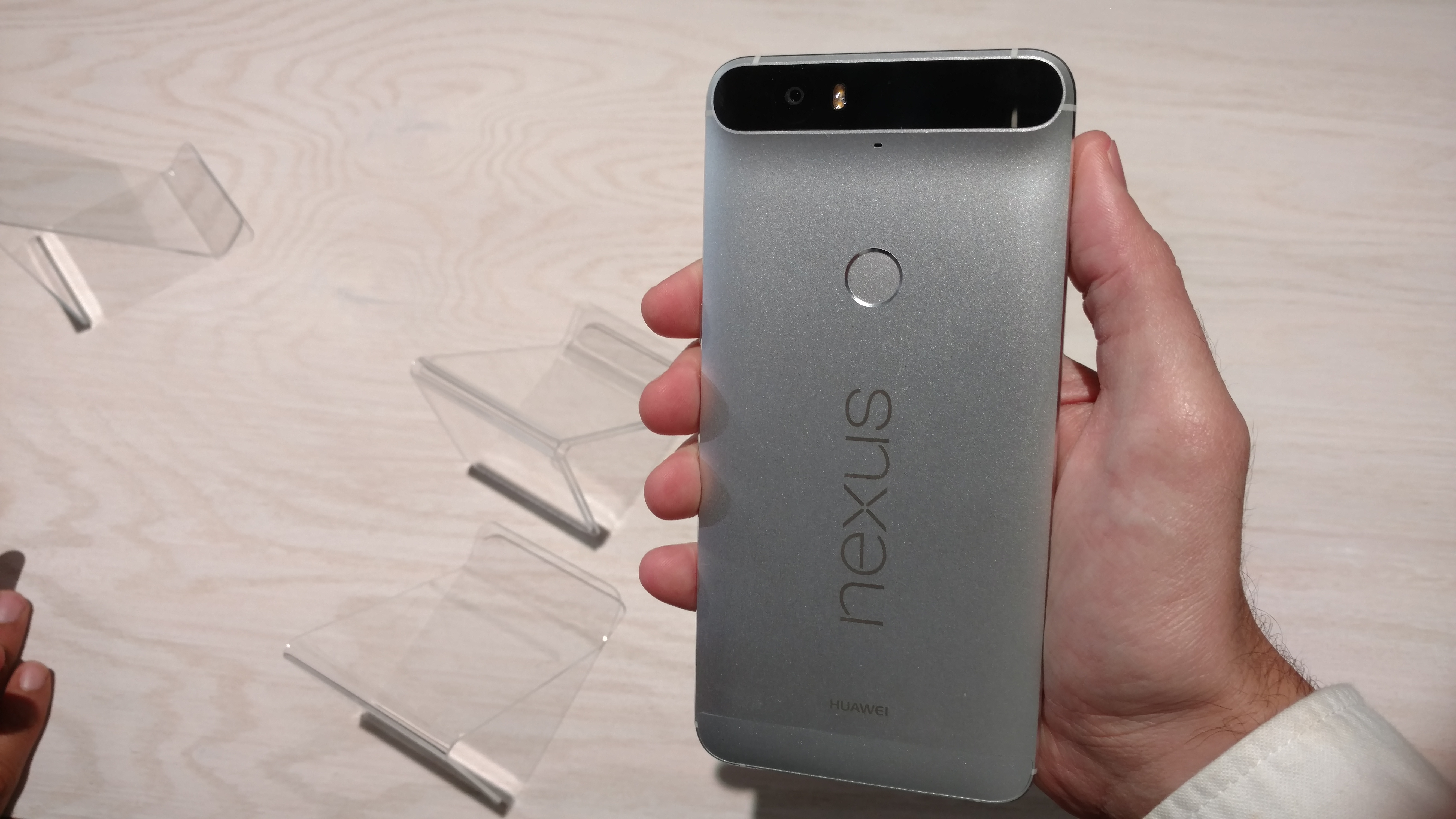 Above: The back of Huawei’s Nexus 6P.

The smaller 5X, by contrast, feels like more of a worthy companion. The plastic coating on the back of the 5X is easy for you to get a solid, confident grip on the phone.

The bump for the camera on the 5X — making it visibly stand out from the rest of the back of the phone — was something people were concerned about in coverage leading up to today’s official announcement, but I hardly noticed the detail while I was using the phone. 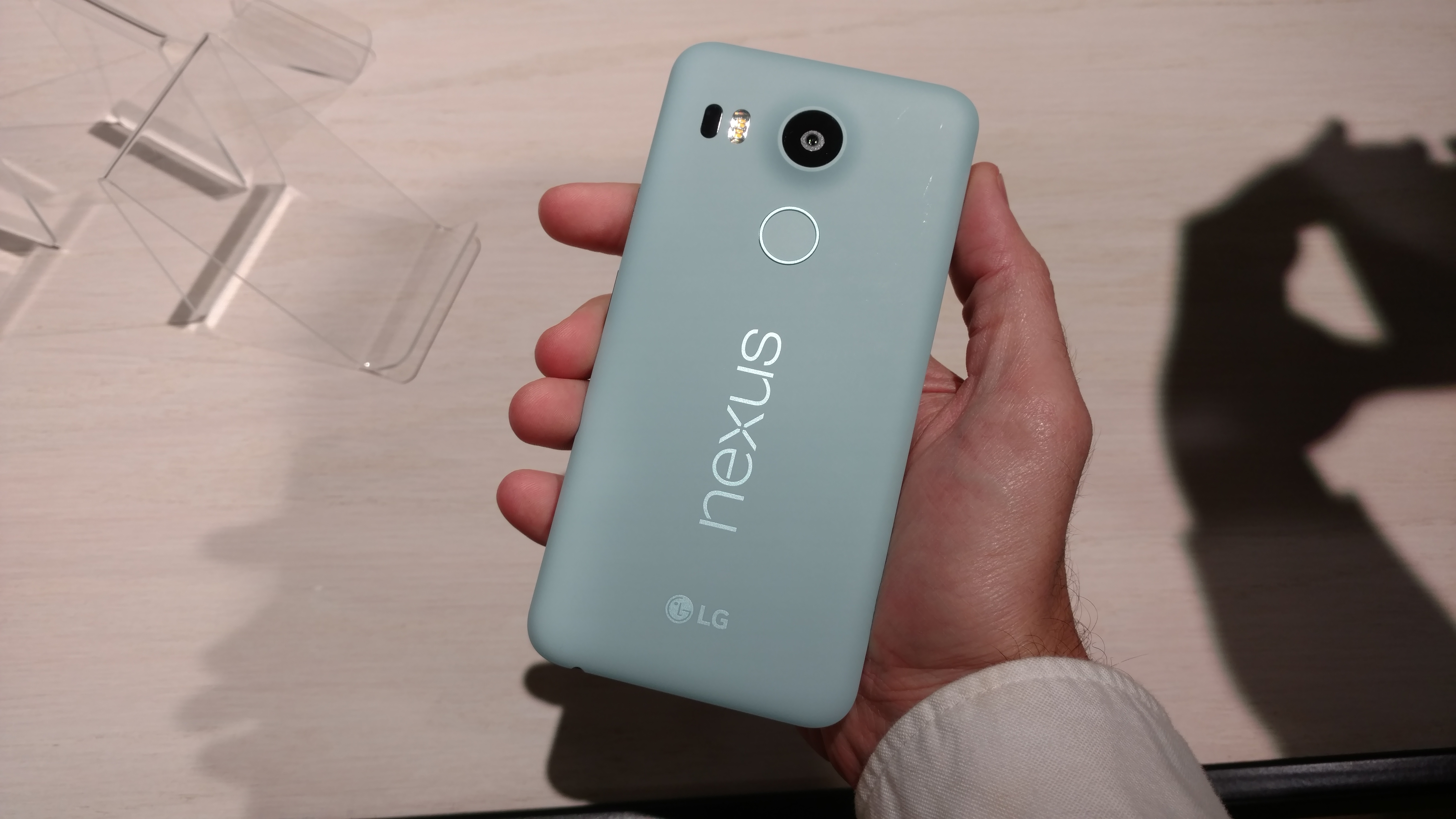 Above: The back of LG’s Google Nexus 5X.

I should note that the ice blue color for the 5X actually looked downright pleasant in person, despite some concerns about it in the original leak of the colors from Android Police a few days ago.

Both phones respond well to “OK Google” voice search prompts, and you can move very quickly between apps on them. So they’re about equal in that regard, at least during brief tests. Probably in more long term usage it will become obvious that the 6P has a Snapdragon 810 chip with 3 GB of RAM, while the 5X has just 2 GB of RAM and a Snapdragon 808.

It’s fair to say I’m left feeling like more of a fan of the 5X than the 6P, especially considering that the former comes in at such a reasonable price for a flagship Android phone. But we’ll get to spend a lot more time with both of these phones in the weeks to come, so stay tuned for full reviews.