Originally scheduled to launch back in 2013, Tesla’s all-new Model X crossover sport utility vehicle (SUV) was unveiled at an event in California late Tuesday. The vehicle starts at $132,000 and goes up to $142,000 — making it more expensive than top-line Model S sedans. It marks the first entirely new car Tesla has launched in three years, and its third car to date (the Model S and Roadster being the first two).

Update: While Tesla hasn’t announced a release date for the new models, a spokeswoman did offer VentureBeat a statement on deliveries:

We have taken more than 20,000 reservations for Model X. If you order today, you’ll get the car in 8-12 months. Deliveries began today and will continue from here on out, first for our Signature Model X reservation holders, then we’ll move to general production.

In a keynote at the launch, Tesla cofounder and chief executive Elon Musk highlighted safety as one of the Model X’s most important features. “With the Model X we’ve created the safest SUV ever. It’s the first SUV with five stars in every category,” he said. The 5,441-pound car can go from a standstill to 60 mph in 3.2-3.8 seconds — the shorter time if you pay for the P90D with ludicrous mode — and gets roughly a 250-mile range per charge, with a top speed of 155 mph.

“I mean, this goes so fast it’s wrong,” Musk said. 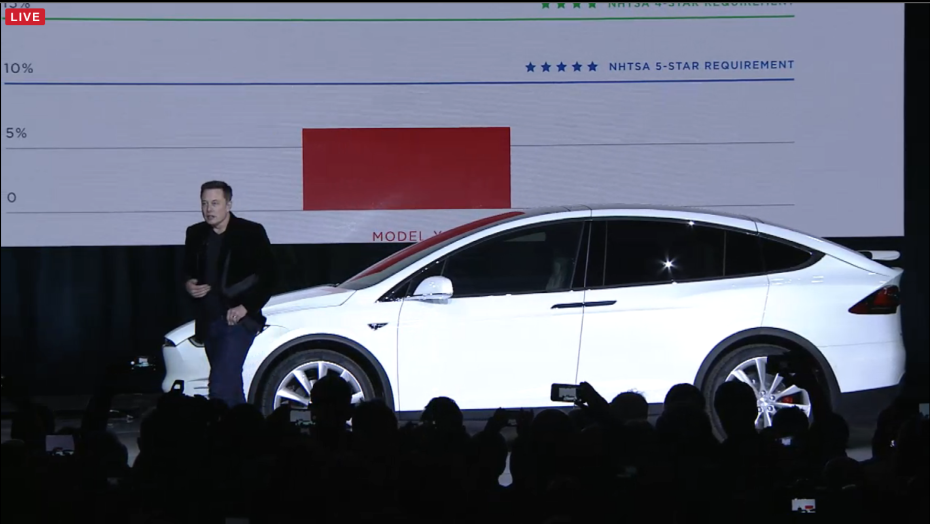 The Model X has automatic emergency breaking and obstacle avoidance. It can tow 5,000 pounds while carrying seven people and luggage. A large air filter and a biodefense button are designed to protect passengers from bad outside air quality, which is particularly relevant to those living in countries like China, where the Pollutant Standards Index (PSI) can reach 300 or higher. There is also a stowing area in the cabin for all popular mobile devices, Musk said. 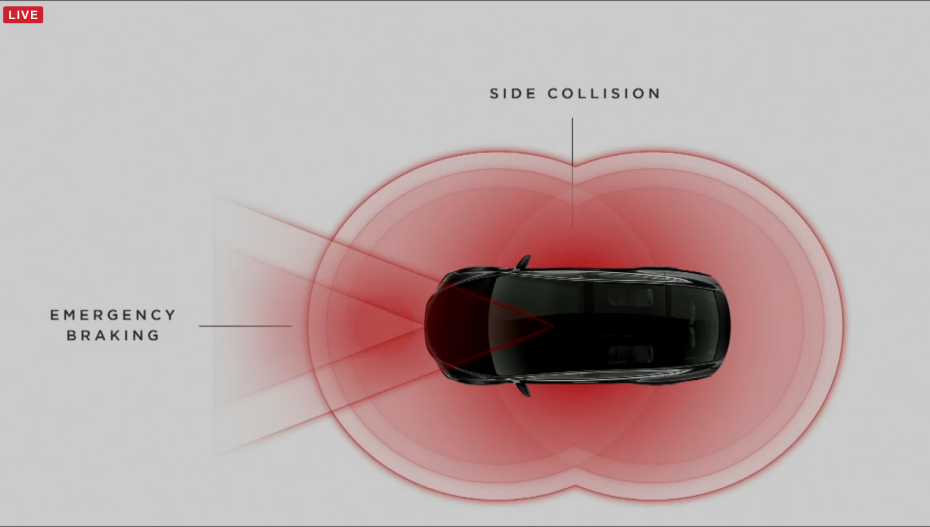 The front door automatically opens and closes by figuring out the driver’s position relative to the door as the person approaches the car.

Tesla touts vertically opening “Falcon Wing” doors, and employees demonstrated how the doors can open just fine even when tightly wedged between other cars on the left and right. These doors make it easier for adults to squeeze kids into the third row or strap them into the second row. Unlike Gull Wing doors, like the ones on the DeLorean DMC-12 of the 1980s, the Falcon Model X’s Falcon Wing doors use two hinges instead of just one. The first production models were handed over to early buyers toward the end of today’s event.

We recently learned that Tesla was burning through cash and taking a more-than $4,000 loss on every car sold, though in August the company beat analyst expectations on its earnings for the second quarter of the year, and the company lowered estimates for the number of vehicle deliveries in 2015.

After a long wait, though, now there is a new Tesla car to deliver.

Jordan Novet contributed to this report. 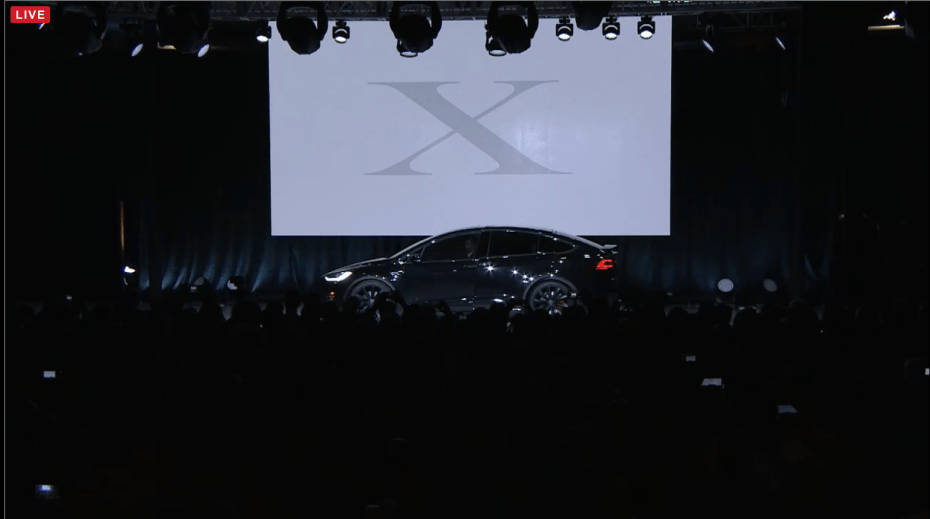