I played Destiny last year, but I resented it.

The multiplayer online shooter from Bungie had good mechanics, but so many other of its aspects were weak. The story sucked, the world felt underdeveloped, finding loot and upgrading items was a chore, and … well, Peter Dinklage.

Well, the release of The Taken King, a new expansion for the game available on all its platforms (PlayStation 4, Xbox One, PlayStation 3, and Xbox 360) brought me back to the Xbox One version. And you know what? Destiny is actually good now. 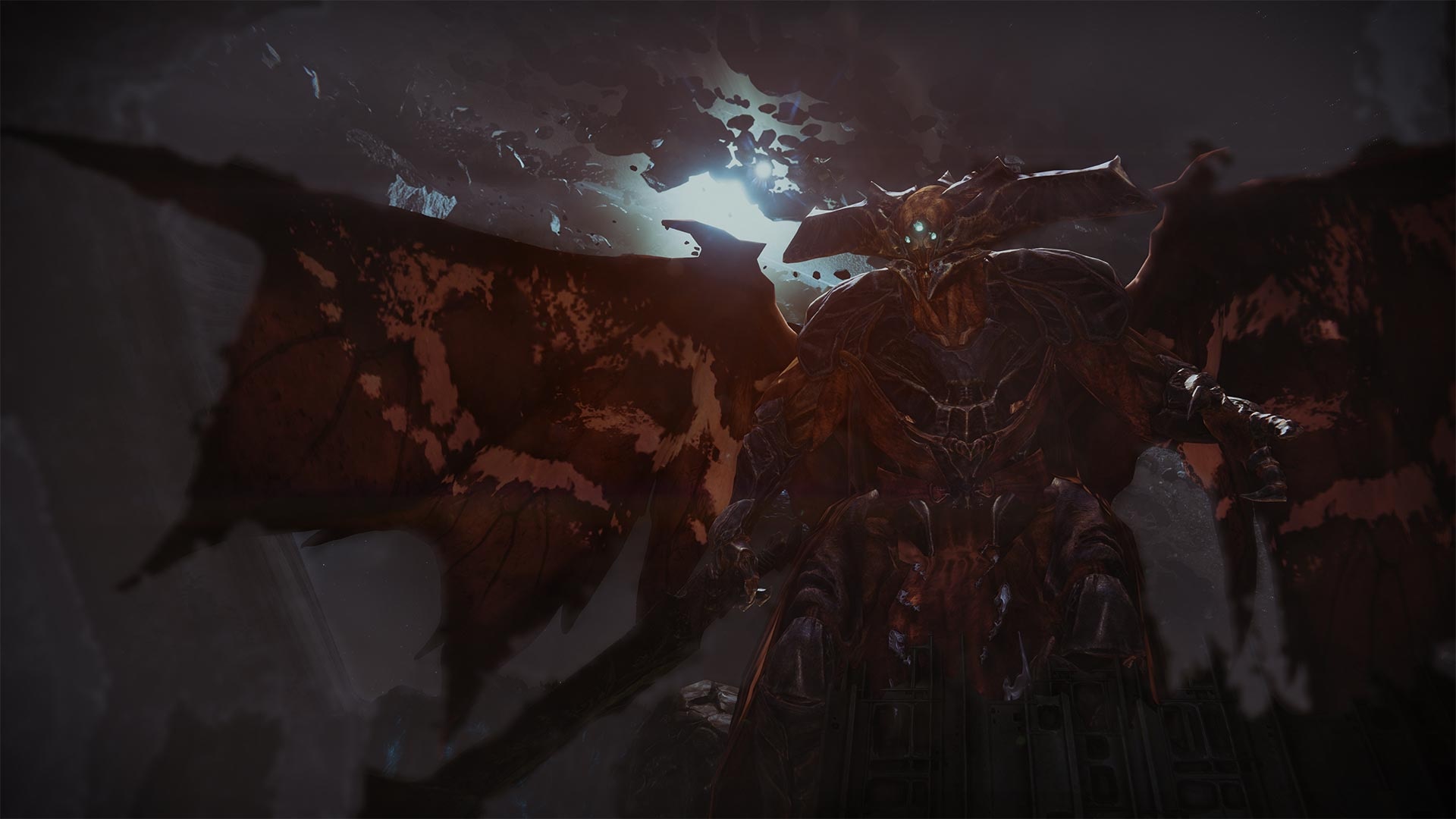 Above: Oryx is the new villain.

The story, or rather the lack of one, was one of my biggest gripes with the original Destiny. I had no idea what was going on, what I was doing, or who anyone was. I don’t think I could have named a single character when playing Destiny last year. I knew I had to go to a guy called the Cryptarch to get my Engrams turned into items, but he also had an actual name that I never learned. Actually, I did know Xur’s name, but he wasn’t a character as much as he was a merchant. In the original Destiny, the vendors were more important than your commanders.

The Taken King not only offers a coherent story of its own, but it incorporates Destiny’s original characters and actually makes them memorable. Someone at Bungie must have remembered that they had cast Nathan Fillion, because he’s suddenly everywhere in The Taken King. And I have no problem with it. While so many people in Destiny talk like they’re in a spiritual retreat, Fillion’s Cayde-6 (I actually know his name now) is humorous, sarcastic, and an act-before-you-think type. In other words, he’s now actually a character. Sure, it’s a character that’s right in Fillion’s wheelhouse, but it helps make the whole game more likable.

The recasting of your Ghost companion also works wonders. Nolan North replaces Peter Dinklage’s directionless, passionless performance. North’s take on the character gives the robotic buddy a child-like quality, especially with his eagerness to please. He works much better as the game’s comedic relief now, which is an important element considering how bleak the environments get. 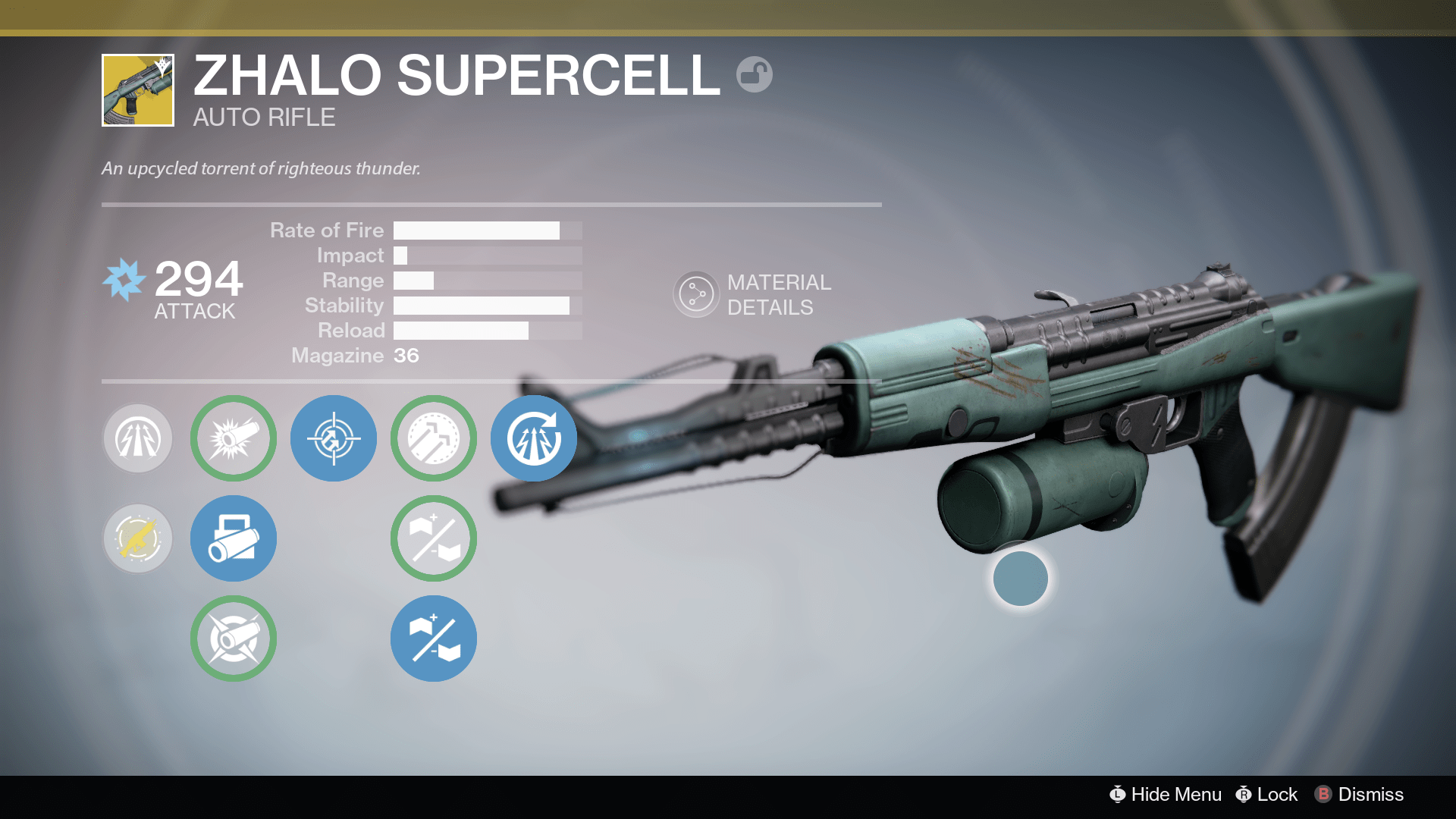 Above: My favorite Exotic.

Getting loot in Destiny once felt like a chore. You’d rarely got the item drops you wanted, and even then, your Engrams often became useless. The only dependable way of getting Exotic weapons was from doing the Raid (difficult for people without the time or friends) or to farm Strange Coins for Xur, who only showed up on the weekend but offered great loot. Getting Strange Coins was a pain, since you could only get so many a week from events. Otherwise, you had to hope to randomly get them from chests, which took a lot of farming. And even when you got a great weapon, you had to level it up, which cost even more hard-to-get resources.

The Taken King solves a lot of these problems. First off, loot drops more often. That’s good. Secondly, Strange Coins, while no longer a reward for weekly events, are now often given for doing anything from turning in Bounties to completing Crucible matches (I managed to earn 90 Strange Coins in one week without specifically farming them). Leveling up weapons is now easier, with the hard-to-earn items like Ascendant Shards and Energy no longer required.

On top of all that, Xur now sells an item called Three of Coins. Using one increases the odds that the next boss you fight will drop an Exotic Engram. If they don’t, you can use another one, and the odds of an Engram dropping increase until you finally get one. All of these changes and addition make earning loot feel easier and more satisfying.