Foursquare said on Wednesday that it’s teaming up with Alley Cat Rescue for the next two weeks to save stray cats — by making a donation each time a user checks in to a location on Swarm, though it didn’t specify how much it would donate for each check-in.

For those not super familiar with the app, Swarm “lets users earn prizes and compete with friends based on the places you go.” And there’s a fun prize involved in the campaign, too. Up for grabs is a limited edition Grumpy Cat sticker that can be unlocked until October 15.

“To help us save as many kittens as possible, we’ve partnered with everyone’s favorite cat celebrity, Grumpy Cat,” Foursquare said. “Turn that frown upside down by unlocking our limited edition Grumpy Cat sticker. Show off your support and spread the word by sharing your check-ins to Twitter or Facebook using the hashtag #EveryCheckInSavesAKitten.”

Foursquare recently made it easier for users to book restaurants through OpenTable, and attempted to predict how many iPhone 6s models Apple would sell in its first weekend. The service now claims 60 million registered users (50 million are monthly active users), and 75 million tips to date. 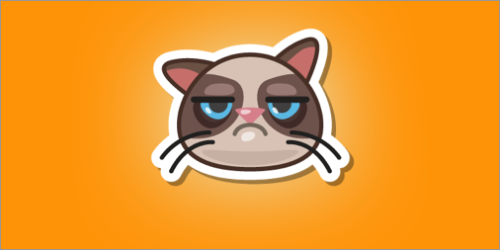