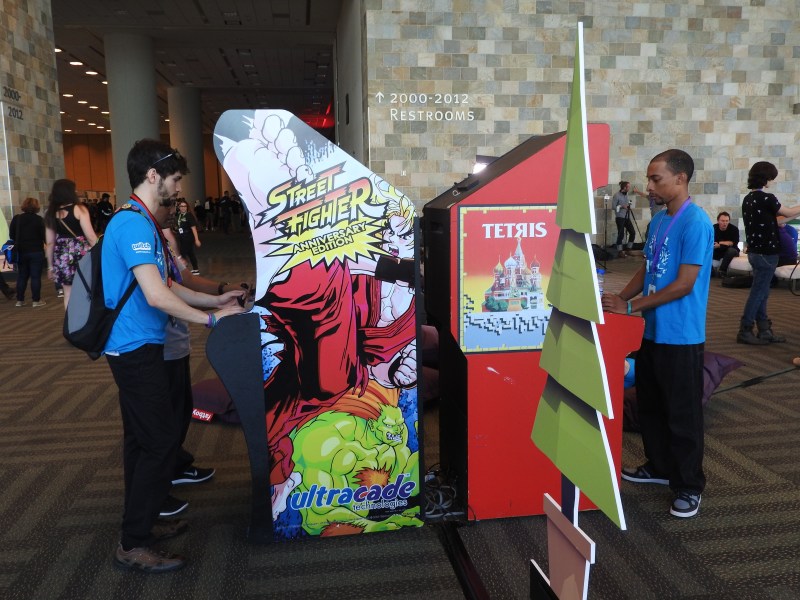 GamesBeat: How many people are involved?

Maron: It’s myself, my business partner, and then up to launch we had a studio we contracted with, five or seven people working since last August. Now we’re bringing the work in-house. The studio’s called Xreal.

GamesBeat: Is that getting help from any sponsors?

Maron: No, it’s been funded 100 percent by myself and my business partner. The crowdfunding campaign will hopefully allow us to expand.

GamesBeat: Did you have any expectations for this first TwitchCon?

Maron: I didn’t, really. It’s the first time, after all. But it’s going well so far. I was impressed by the keynote earlier. That was very good stuff. I’m looking forward to meeting more people. I’ll be playing some Minecraft with people very shortly.

GamesBeat: What’s going to happen there?

Maron: Anyone who wants to show up and play can do that, and then I’ll be walking around with some friends and interacting with everyone and seeing if they want any feedback. Oftentimes I find that the people who watch me are better than me at games, so maybe they’ll be the ones instructing me. We’ll see.

GamesBeat: Are you doing any mobile streaming?

Maron: I haven’t tried Periscope yet. These days there are so many different social media apps out there. It’s impossible. At the moment, in order to stream Fortress Fury, I just hook it up to a capture card and do it on Twitch. That works. But as time goes by, broadcasting directly from the mobile device will become commonplace – again, as the devices become more powerful. Right now part of the issue is, it’s pretty CPU-intensive to stream and play a game simultaneously. Bandwidth-intensive as well. But everything’s making a move to mobile. 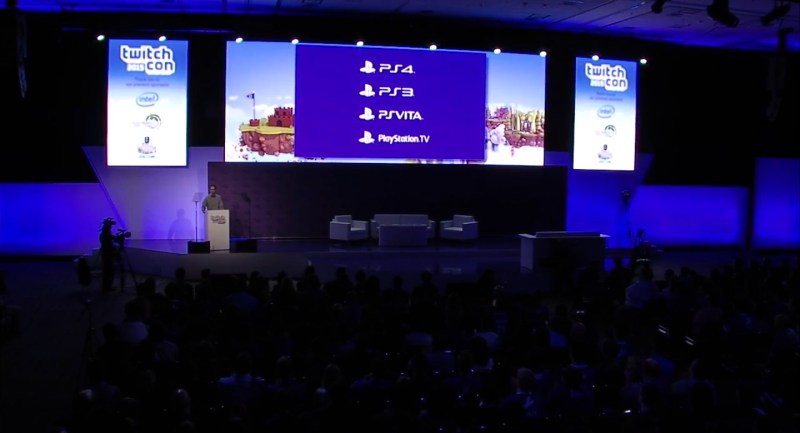 Above: Twitch is coming to all PlayStation platforms.

GamesBeat: You could come here and keep streaming.

Maron: Yep. Walk around, talk to someone, get friends on the stream. That would work.

GamesBeat: When you look at things like Twitch and YouTube, do you have a vision of how they could help you be more successful? Where do you want to see them go with the development of their platforms?

Maron: Both platforms seem to get more and more hands on as time goes by. It’s been cool to see them evolve from just a platform to also supporting the community in a very direct fashion. That’s happened more and more over time. First and foremost, they’re tech companies, but they see these communities evolve and realize, “Hey, we should foster this and help it out a bit.” I’d like to see that continue.

Both sites will probably stay, at their core, pretty similar to what they are. But hopefully they’ll keep adding more and more helpful features. I have a laundry list of features and feedback I could give to either one.

GamesBeat: Were any features announced today that you were happy about?

Maron: The playlist thing is very cool. I’ve always thought, “Hey, what if I just make a really long local playlist on my computer, capture it, and stream that to Twitch?” They took the hassle out of that. I don’t have to have my computer being screen-capped. I can just assemble that on Twitch and have it pull. That’s a pretty exciting feature.