If intelligent life exists elsewhere in the universe — something looking more likely, given the recent NASA announcement of water on Mars — what would they think of humanity and the human experience, if and when they were to encounter Homo sapiens? That’s the premise of LaserLife, a new PC and PS4 downloadable game (version reviewed) from Choice Provisions, previously known as Gaijin Games.

This team has made some superb rhythm-action games in the past, such as the critically acclaimed Bit.Trip series. LaserLife aims to take such concepts a bit higher, mulling over sound and imagery as it relates to human existence — much in the same vein as genre classics like Rez.

An alien consciousness, seemingly composed of only light and sound, has discovered the remains of a deceased astronaut within the vastness of space. Curious, the beings examine the remains, looking to piece together a portrait of this man’s previous existence. By collecting and piecing together the astronaut’s memory fragments, vivid images of the man’s life begin to take shape, reforming before the player’s eyes as a mix of beautiful shapes and colors and pulse-pounding electronica music. 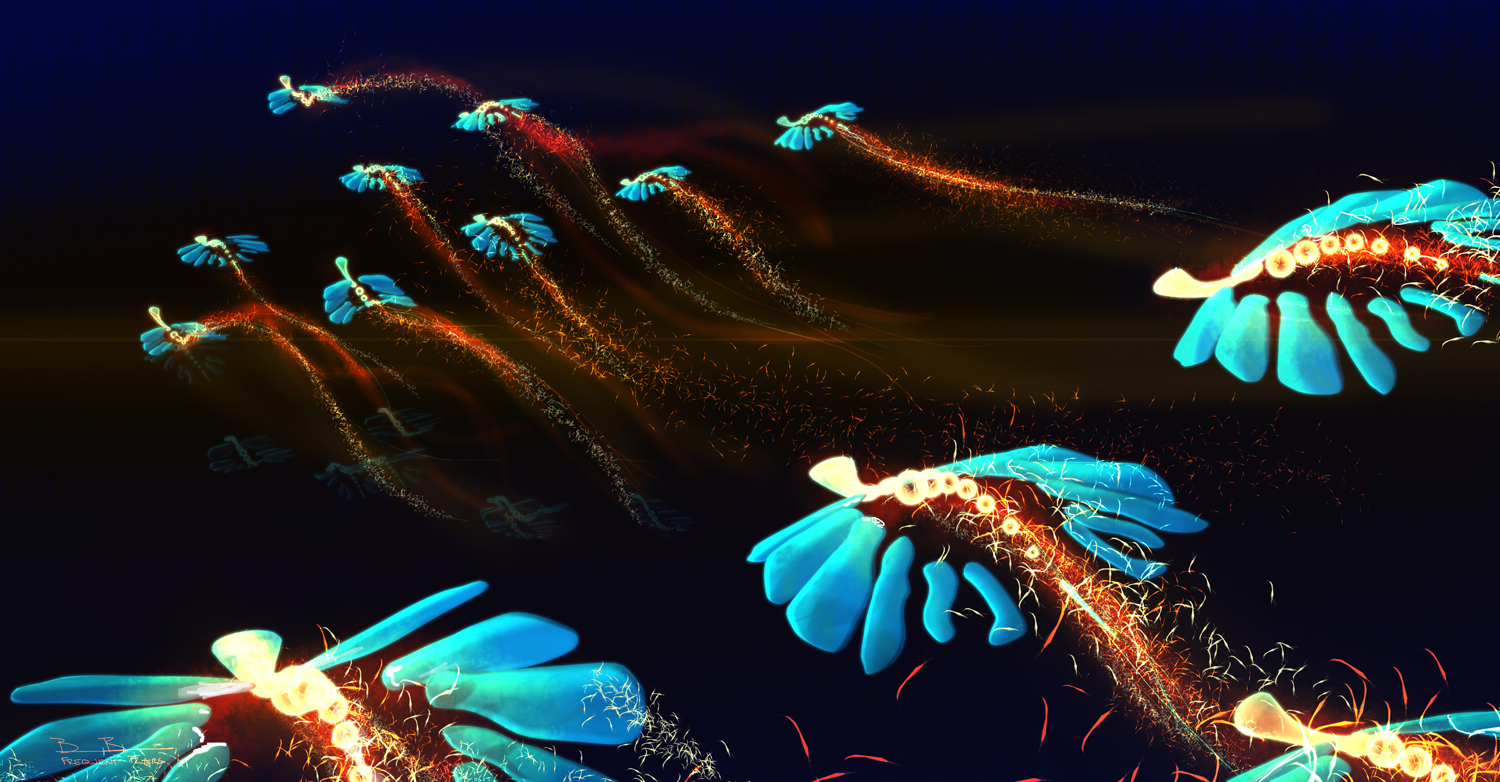 Above: The surreal, weirdly beautiful imagery of LaserLife will keep you engrossed.

LaserLife follows the unnamed astronaut from the warm, earthbound summers of his childhood all the way to his eventual mission and demise in the cold nothingness of space, lingering on the seemingly fleeting memories and images that combine into the greater experience of being human. Every “stage” in the game rebuilds a separate memory, transforming gradually from abstract formations into concrete symbols of recognizable human life. The imagery is nothing short of gorgeous, sweeping you up in its beautiful, pulsing colors and delightfully twisting shapes.

The controls and gameplay are easy to understand

LaserLife only asks you to use the controller’s two analog sticks and one of the trigger buttons as it whisks you along on its epic journeys of sight, sound, and memories. Each stick controls a separate ray of light as it zooms forward, swiftly soaring through a first-person, on-rails environment. The “stages” have three portions each: collecting memory fragments, connecting the fragments together, and avoiding obstructing memory barriers as you zoom to return them to the fallen space explorer. The controls and objectives for each section are slightly different: the first is the most complex, requiring you to press, hold, and move while holding the trigger to pick up fragments you encounter as you zip along, while the second and third parts simply require hitting and avoiding targets and obstacles as necessary. Above: Searing electronic beats accompany your journey through fields of memories.

The music’s pretty awesome, too

All of the activities you do in the course of recovering memories are accompanied by a sweeping electronica soundtrack. It’s far more than just mere background music: Every part of the game is expertly synced up to the twisting, throbbing, tumultuous beats and sounds that blast through your speakers. Matching the rhythm of the music with your movements and button presses yields higher scores and a more satisfying play experience overall. Though some of the songs in the memory fragment collection portions repeat, each piece is uniquely catered to the particular imagery being presented when you’re stringing together memories. It’s a terrific soundtrack that matches the mood and imagery.

I encountered some utterly puzzling framerate drops during particular sequences on the PS4 version. I’m not sure if these are present in the PC version as well, but they were definitely noticeable — and detrimental — to my experience, disrupting my immersion with the visuals and the music as the game suddenly and inexplicably became much choppier. A few portions also have a very “busy” visual design that overloads the shapes and colors in the background so much that it becomes hard to discern the lights you’re controlling and your targets from the background imagery. 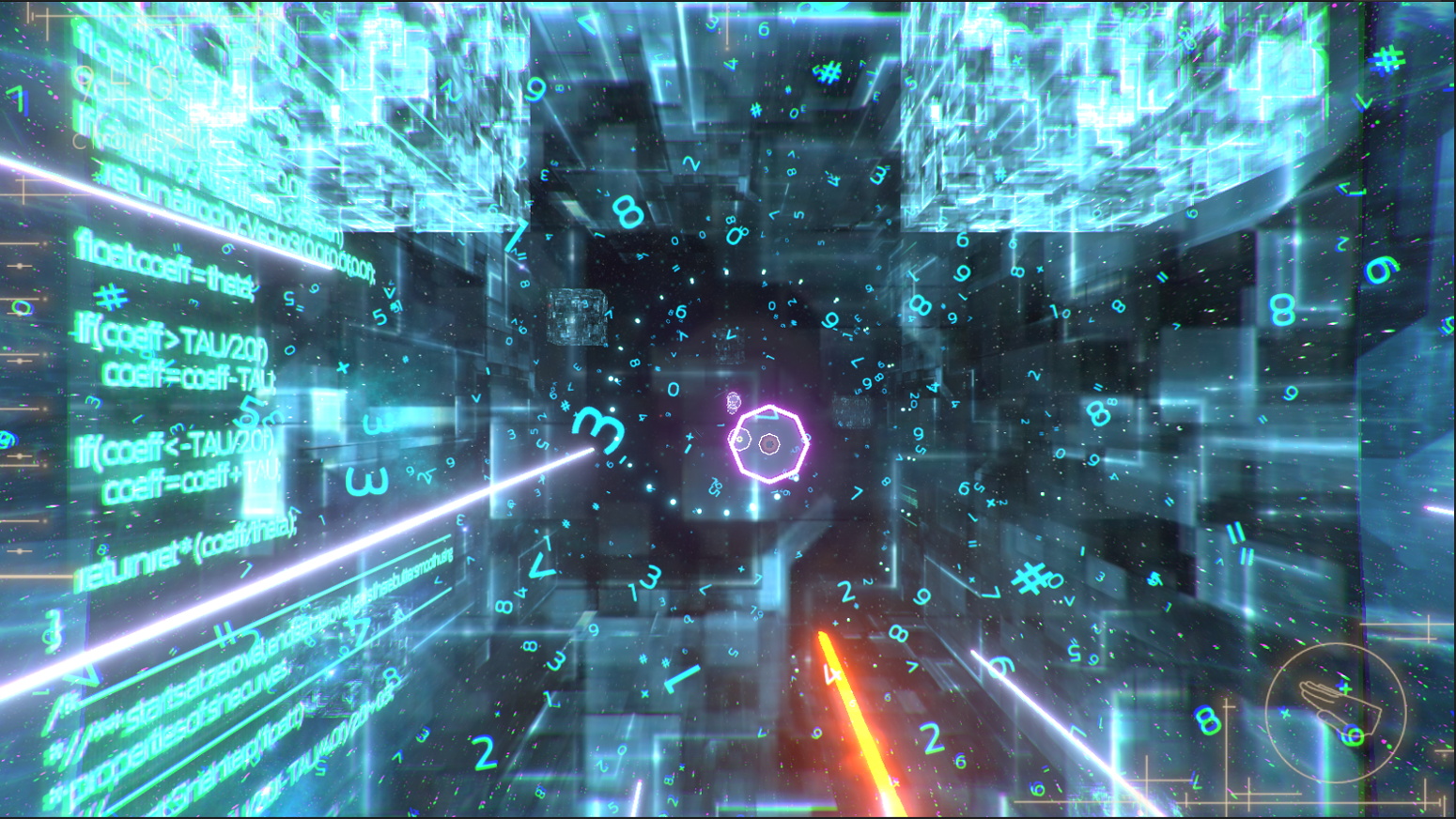 Above: The imagery is effective, though sometimes a bit overwhelming.

It only has about 12 memories to rebuild, which likely won’t take too long for the typical player to blow through, and the ending isn’t really much of one given that we already know how this unfortunate fellow’s life turned out from the get-go. It does have three difficulty levels and online leaderboards, meaning that you can replay and compete for high scores in three variants of each track. If you’re looking to compete online and/or complete your set of Achievements/Trophies, you’ll get a lot more out of this game than you would if you just treat is as a once-and-done affair.

LaserLife is terrific, though quite brief. It’s filled with wonderful sights and sounds that build into a memorable expedition into the universal human experience. Despite its lack of length — and some irritating technical issues — it’s a tremendously fun and memorable adventure that stays with you long after its sounds have faded away.

Players looking for a new, high-concept musical gaming experience would do well to give LaserLife a few hours of their time.

LaserLife is out now for the PlayStation 4 and PC. Choice Provisions provided GamesBeat with a PS4 review code for the purposes of this review.