The Oculus Touch motion controllers feel fantastic. They (and other wireless input devices made for virtual reality) will be a crucial part of VR games going forward. That’s why it’s a bit weird that Touch isn’t launching alongside the Oculus Rift VR headset next year.

Buried within Oculus VR’s numerous announcements at last week’s Oculus Connect conference was the news that Oculus Touch is coming out in the second quarter of 2016, a few months after the Rift (releasing in Q1 2016). Instead, it’ll come with an Xbox One controller as part of Oculus’s extensive partnership with Microsoft.

To figure out why the Facebook-owned company has that gap between its much-anticipated VR devices, I asked Oculus founder Palmer Luckey for more information.

“There’s a variety of factors. But one of the key things to remember is that over the last couple of years, the vast majority of VR games have been developed with gamepads in mind, like Eve: Valkyrie and Lucky’s Tale,” said Luckey. “Everything that has been in development for more than a few months has been designed around traditional inputs. Devs haven’t really explored everything that you can do with motion controllers. People are just starting [and have only] spent a few months on it.”

Oculus VR originally unveiled Oculus Touch this past June at a press conference in San Francisco. A few days later, it demoed the new devices at the Electronic Entertainment Expo video game tradeshow in Los Angeles. But the majority of Rift demos at such industry events have, over the years, used a gamepad. 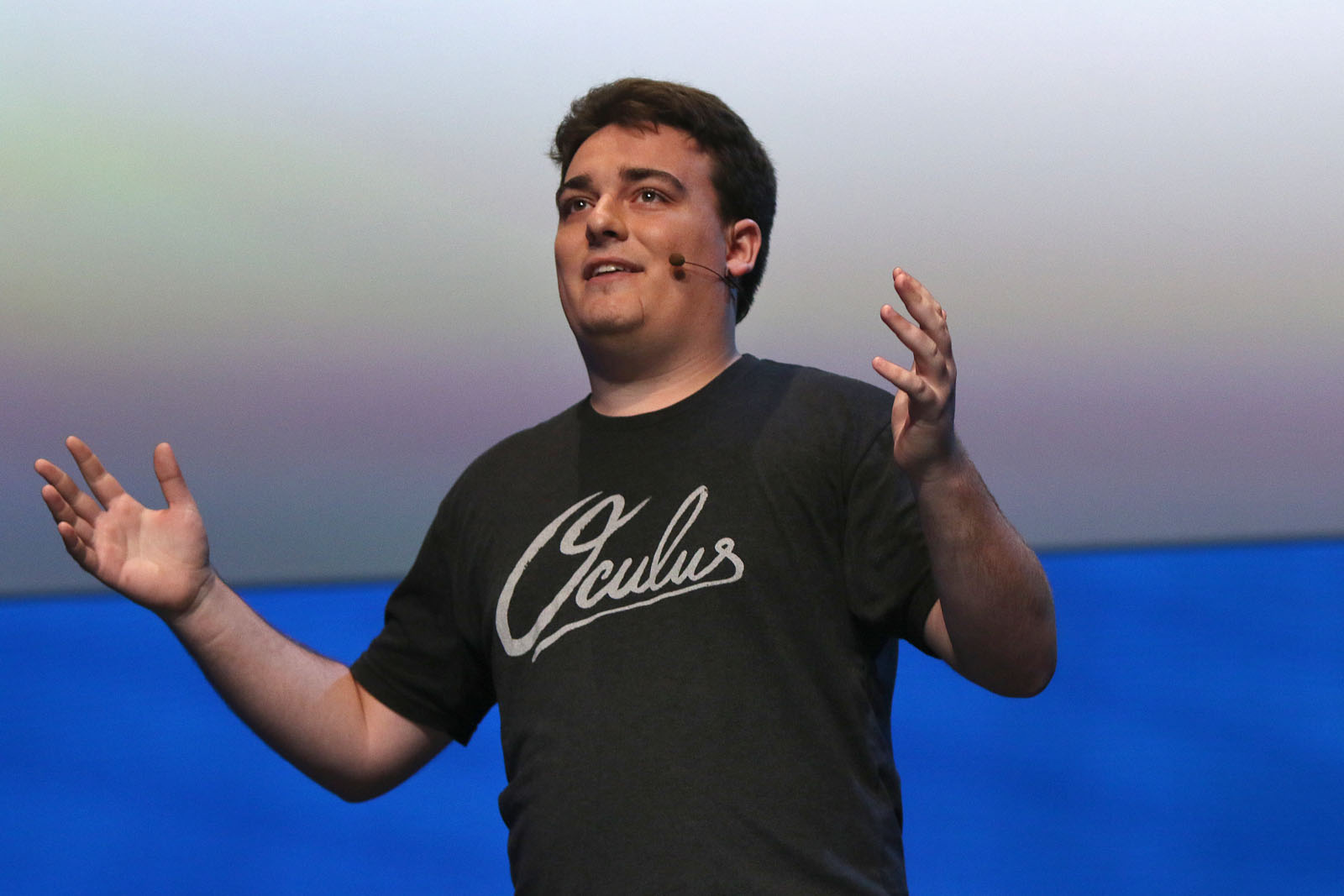 Above: Palmer Luckey on stage at Oculus Connect 2.

Luckey told me that of all the Rift launch games that Oculus is funding, “almost all of them” use a gamepad because that’s what studios were aiming for when development began.

“One of the most common requests we had from devs was, ‘Please make sure you guys include an input device because I want to know that every person who buys a Rift can buy my game without having to buy something extra,’” said Luckey. “It also means they don’t have to worry about backward-compatibility with keyboards and mice, or supporting other gamepads that have fewer or more buttons. They’re able to just target one thing and know that person has it.

“And the good news is that a traditional gamepad doesn’t cost a ton of money. They’re commodity hardware. We’re working directly with Microsoft. We’re able to get them at — I can’t say how cheap — but we’re getting them really cheap. It was kind of a no-brainer to include them with the Rift.”

Adding in the Touch controllers also would’ve made the Rift more expensive (Oculus VR has yet to officially announce a price).

“Whereas if we had included Touch — it would’ve raised the price and increase the barrier of entry for VR. And it wouldn’t be a clear gain as a result,” Luckey continued. “It’d be cool to have them together with the Rift, but at the same time, the majority of games that have been developed for the Rift to date don’t support motion controls. Many of them, even after Touch comes out, are gonna be optimal on traditional gamepads. They weren’t designed for motion controls at all. I’d say bundling them with the Rift wouldn’t have made a lot of sense. As it is, we wanted to give people choice in what they’re able to do.”

As an example, Luckey talked about hardcore fans of racing and flight simulators who don’t even want the Xbox One controller that the Rift is coming with.

“They’re only interested in using their steering wheel and pedal setup, or using their throttle setup,” he said. “Actually, when we announced Touch, before we said it was going to be a separate thing that we’re gonna be shipping later … there were people who were like, ‘I don’t want to be paying for these stupid motion controllers. I just want to use [the Rift] for iRacing.’ So we want people to be able to do that.

“We are gonna force them to buy a gamepad, but it’s a low cost. To be honest, we’re getting them at a price where if they just sell them on eBay, they’re gonna come out ahead. That was an easier decision. That’s why Touch isn’t coming with the Rift right at the start. But it’s shipping shortly after. We’re not doing a mid-cycle refresh like Kinect was for Xbox 360. This is something that’s gonna be around there basically from the start of the product.”