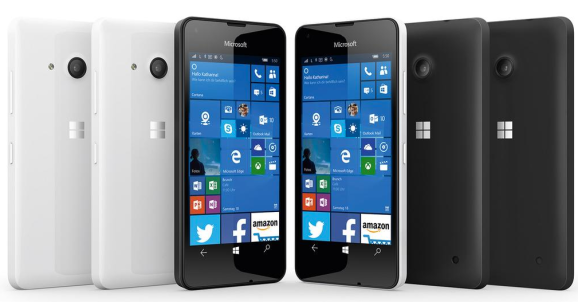 Various leaks have emerged over the past weeks and months about Microsoft’s new Lumia 950 and Lumia 550 phones, but those released today by leaker-in-chief Evan Blass give the clearest view yet of the as-yet-unannounced devices.

Microsoft may announce the phones at a press event scheduled for October 6th, where it is expected to officially lift the curtain on its Windows 10 Mobile OS.

The Lumia 550 is a budget Windows 10 phone that’s said to sport a 4.7-inch screen and carry a Qualcomm Snapdragon 210 chip. It’ll reportedly come in black, white, red, and blue. The phone may be just one of a set of entry-level Microsoft phones announced during the fourth quarter, reports have said.

We’ll have complete coverage as these phones are announced, as well as hands-ons and full reviews.