Skype today started rolling out its Skype Translator tool to all Windows users, making it available directly in its main app. Six voice languages (English, French, German, Italian, Mandarin, Spanish) and 50 messaging languages are now built into the Skype for Windows desktop app via a new translator button, which makes it possible to hold a conversation with someone who is speaking a language you don’t know.

Until now, Skype Translator was in preview on Windows. The Microsoft-owned company announced in June it would integrate the real-time translation technology into its Skype for Windows desktop app by “the end of summer 2015.” A bit late, but Skype has now delivered. 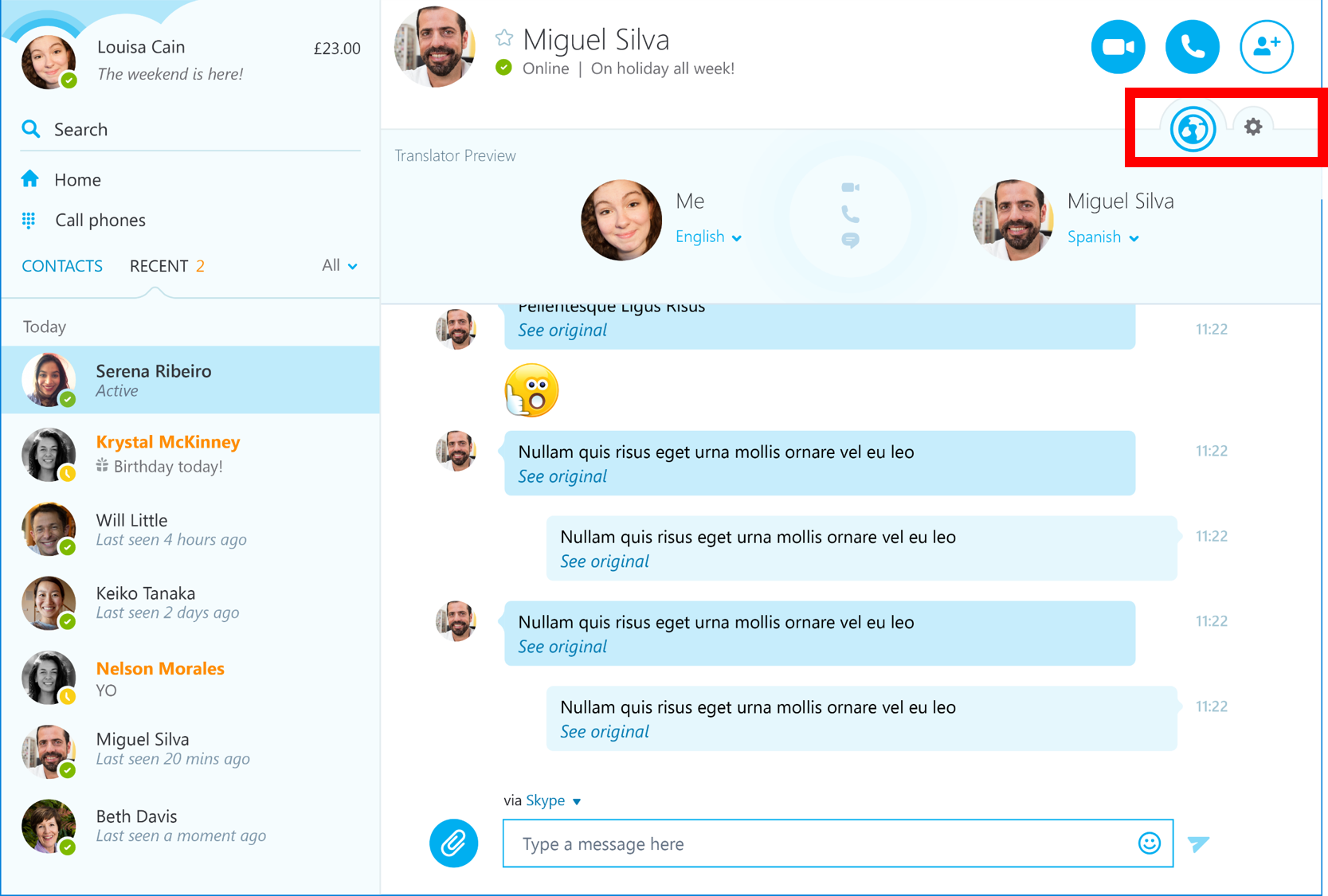 Offering Skype Translator as a separate app makes a lot of sense — this is very early technology and it simply won’t work well in many cases. We’re frankly surprised Microsoft believes it is ready to include in the main Skype app; after all, the preview has only been available since December.

“It has been a long-time dream at Skype to break down language barriers and bring everyone across the globe closer together,” the Skype team explained. “Researchers, engineers, and many others across Microsoft have been working hard to make this dream a reality and we are looking forward to bringing this preview technology to more devices.”

Skype Translator was only released on Windows, so it should be no surprise it’s being integrated into the Windows desktop app first. Skype today made no mention of bringing the technology to other platforms just yet.

It’s thus not currently clear if a Skype Translator app will be released for Mac and Linux first, or if the technology will be added to the main Skype app on these platforms right away. We expect the latter will happen on desktop platforms, but Android, iOS, and Windows Phone users will likely have to wait much longer.

Because Skype Translator relies on machine learning, the more the technology is used, the more it improves. Skype said that “early users of the preview have helped it improve tremendously,” and now that it’s available to all Windows 7, Windows 8, and Windows 10 users, the company is naturally expecting even more progress.