At an event in New York, LG showed off its recently announced V10 smartphone, its latest phablet. Though the phone features a lot of bells and whistles, the major points of interest are its multiple cameras and something called “the second screen.” 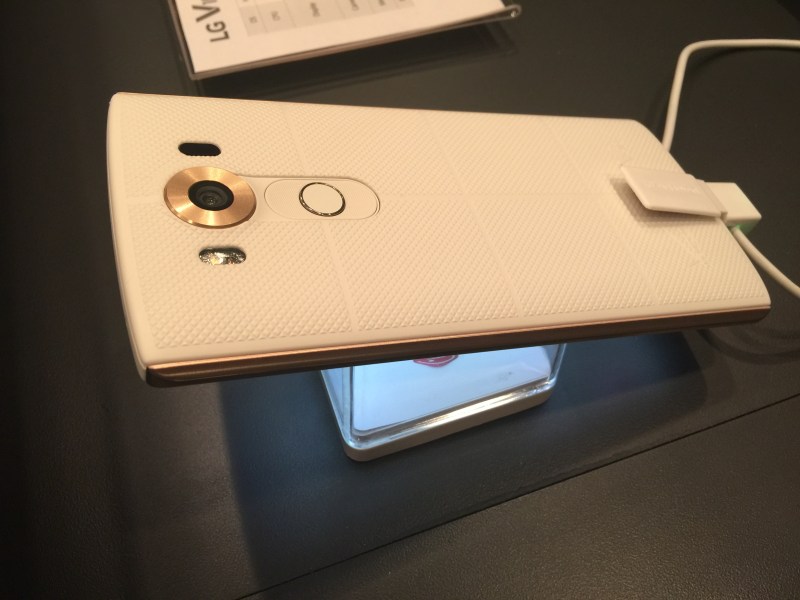 The phone is a sleek stainless steel titan with a 5.7-inch display and an 808 Snapdragon processor. The curved back fits in your hand nicely, and the silicone backing is easy to grip. As is quickly becoming the standard, the V10 features a fingerprint scanner, as well as a Micro SD card reader and a 3,000mAh removable battery. It also boasts military-grade durability. The phone underwent drop tests at 26 different angles against plywood and concrete, and its screen is made of Gorilla Glass 4. Think of it as a beefier, less luxe G4. 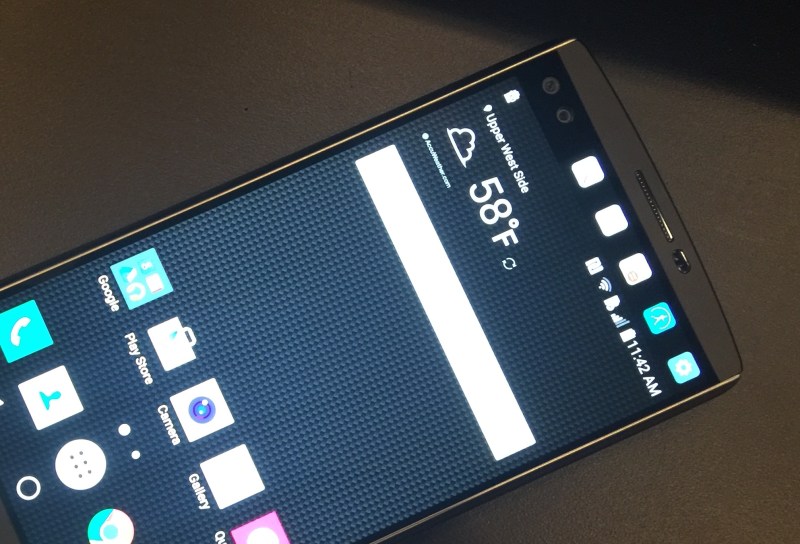 Like its competitors, the new V10 is focused on video and camera capability. The phone has three cameras: two front-facing cameras and one rear-facing one. One of the front-facing cameras has a standard angle lens; the second, however, is capable of capturing at a 120-degree angle. That means no need for a selfie stick, according to LG’s director of communications and account marketing Frank Lee.

Users can also take three pictures, one from each of the cameras, at once using something called “multi-mode.” 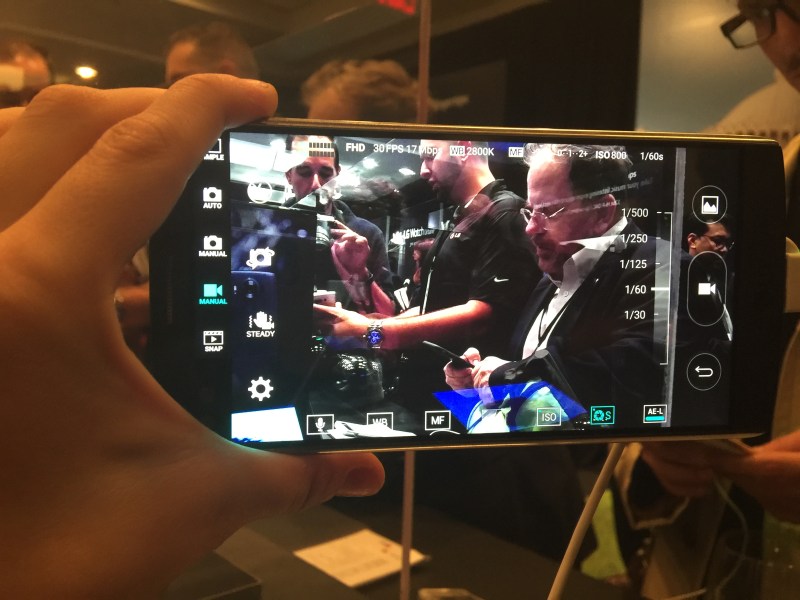 Like the LG G4, the V10 is equipped with a manual mode, giving users a lot of flexibility to tweak ISO, shutter speed, focus (including the ability to pull focus), and white balance. LG is increasingly making smartphones that act like professional cameras.

To that point, the V10 also lets users control the frame rate, allowing for cinema-like quality video. LG didn’t stop at video either: The phone has three microphones, and users can control the level at which sound is recorded. There’s also a filter for reducing wind noise.

Among its many features is a steady record mode, as well as video editing tools and a clip-appending feature called Snap Video.

The “second screen” refers to a small band at the top of the phone that operates independently of the main screen. It’s always on and is a home for all your contacts, calendar, and other important apps. This means you can access it even when the main screen is off.

You would think that having this feature running all the time would suck at your battery, but that’s not so. LG says it only takes about 5 percent off your daily battery life.

In the U.S. the LG V10 will be available at AT&T, Verizon, and T-Mobile and should be coming into stores sometime this fall.