YouTube has released new updates for its popular seven-months-old Kids app that now lets parents stream videos right to their televisions via Chromecast, Apple TV, and more. Also, it has added better support for parents to help them manage what their child can access, along with a variety of other features.

Prior to today, it was tough for users to get shows from Sesame Street, National Geographic Kids, and others to play on any other device than where the app was installed. Now there’s new capabilities to bring shows like these to an even bigger screen so that more children will be able to enjoy them. If you have a Chromecast, Apple TV, or even a game console or smart TV, YouTube Kids has support for it. 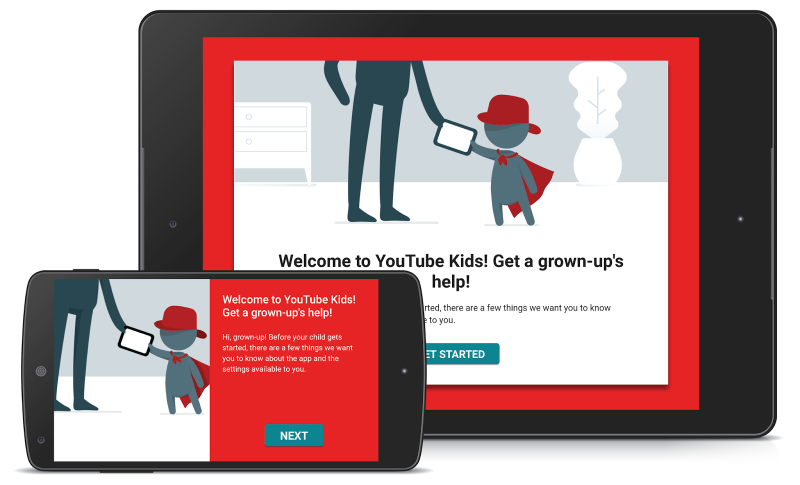 If you’re worried about your children accessing inappropriate content on the YouTube app, then you’ll probably be interested to know that the company has changed how it uses passcode: Now you can customize it with a personal one instead of having a spelled-out code.

Also, when you open up YouTube Kids, it’ll explain upfront how videos are chosen and recommended. You’ll also have a choice to enable search for family-friendly videos, or you can disable it to limit your child to just a select set of video content. YouTube said this feature will be available in the coming weeks.

On the video content front, YouTube has partnered with creators like National Geographic Kids, Kid President, and more to produce a specialized playlist. The company said that whether your child is “a budding scientist or eager explorer,” there’s probably a playlist for them to help encourage their passions.

And yes, there are now more shows available on YouTube Kids, including original shows and series.

YouTube Kids debuted on Android and iOS devices in February as a “family-friendly destination” with the focus on appealing to young children. You won’t find violent videos or likely anything that’s above a G rating. However, it has drawn some criticism from parents who believe that it probably shouldn’t be a place for ads.