One year ago today, Nintendo released Super Smash Bros. for Nintendo 3DS, introducing us to the fourth iteration of the popular fighting game series.

A year later, Nintendo has done a better job than it ever has to keep one of its flagships relevant. After the release of the Wii U version in November (which includes the same roster, so fans collectively refer to both games as Super Smash Bros. 4), Nintendo has supported its fighter with additional content and patches. Fans, meanwhile, keep the game relevant in the competitive fighting game scene.

Both versions of Smash 4 combine for over 10 millions sales, as of June 30. For comparison, Super Smash Bros. Brawl for the Wii, which came out March 2008, had sold 12.77 million units worldwide as of March 31. It stands to reason that Smash 4 will ultimately outsell Brawl. Sure, being out two platforms helps, but it’s impressive when you consider the Wii U’s small install base when compared to the Wii. 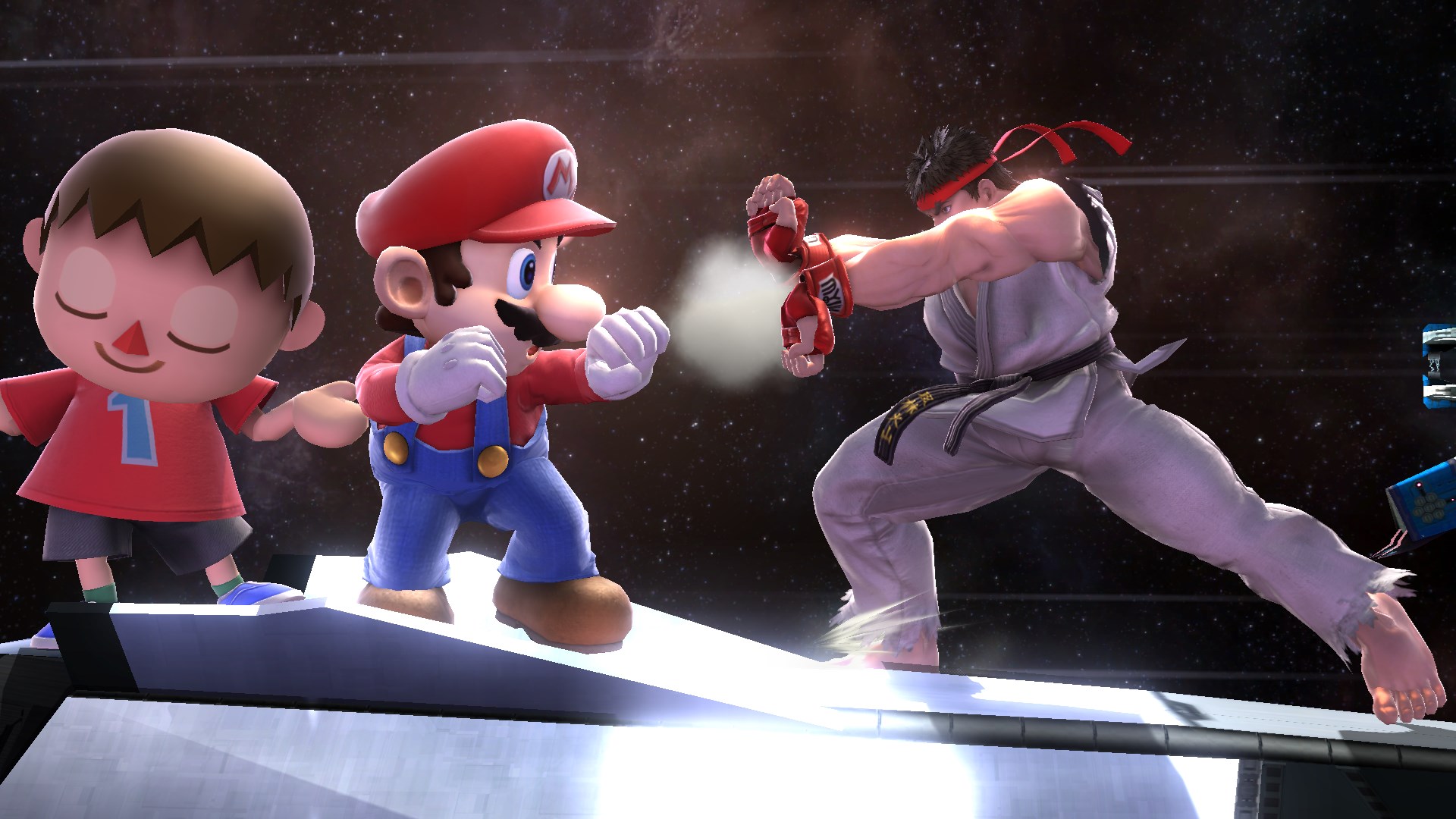 Downloadable content is hardly a new idea for fighting games, but this is the first entry in the series that Nintendo has supported with additional goodies after launch. Thankfully, despite being late to the DLC game, Nintendo has done a good job releasing more content for Smash Bros. at regular intervals.

Since launch, Smash Bros. DLC has added four new characters (Mewtwo, Lucas, Roy, and Ryu) and five stages, plus tons of costumes for Mii characters. Nintendo doesn’t seem to be slowing down on this front, since they’ve asked fans to vote for more characters that they’d like to see added.

And while Niintendo doesn’t host Smash Bros. tournaments itself, it did feature Smash 4 during this summer’s Nintendo World Championships event in Los Angeles. 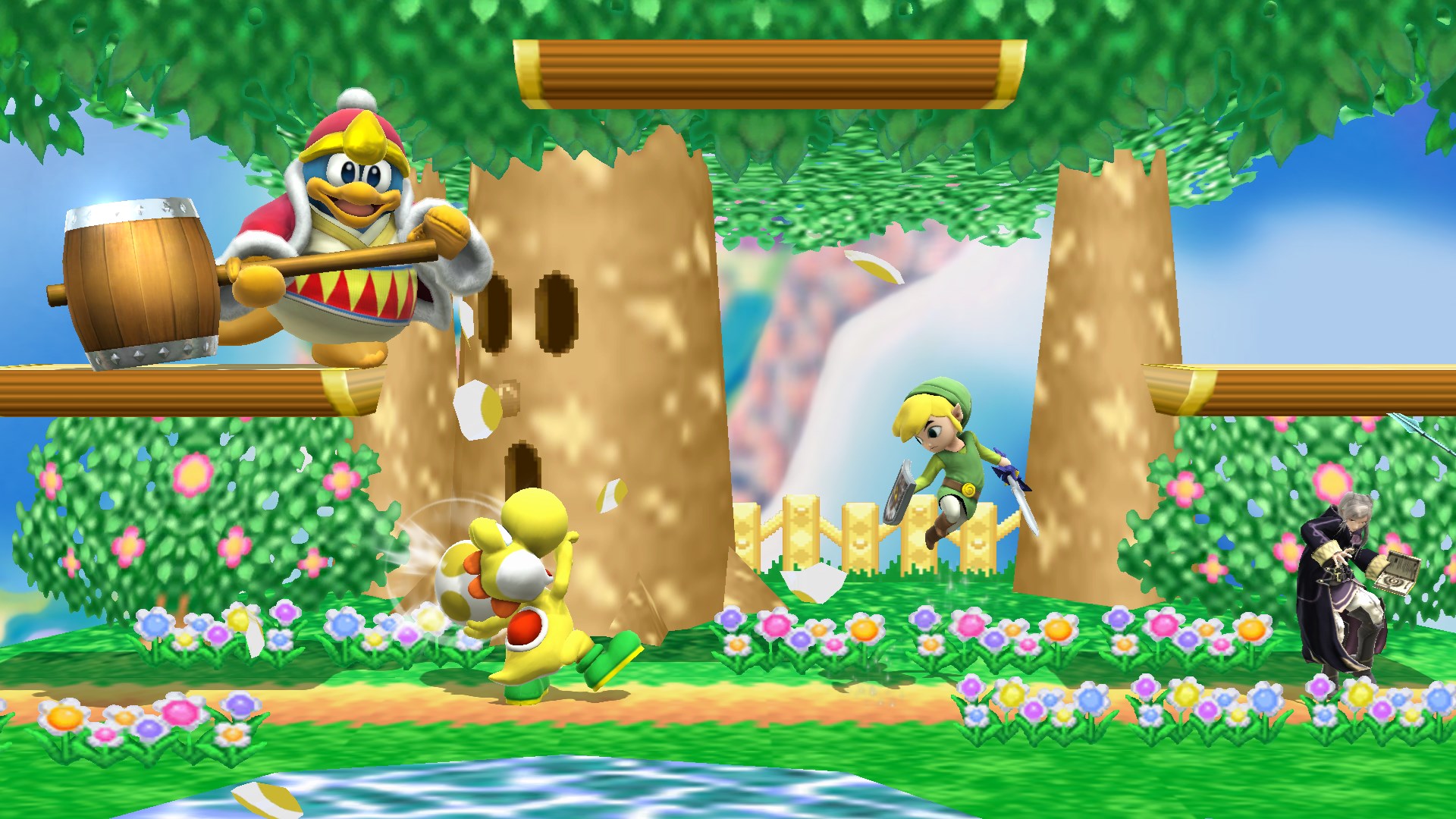 Strength as an esport

Super Smash Bros. Melee, the GameCube version that came out back in 2001, has had a strong presence in fighting game tournaments for years. It’s so popular, in fact, that Super Smash Bros. Brawl for the Wii couldn’t take its place as a true successor. A lot of fans wondered if Smash 4 could finally replace Melee.

The two games differ enough that they can both thrive simultaneously. Like Brawl, Smash 4 is slower than Melee. However, it’s not quite as sluggish as Brawl, and it doesn’t have the unfair, random elements (like tripping) that made the Wii version so poisonous for competitive play. 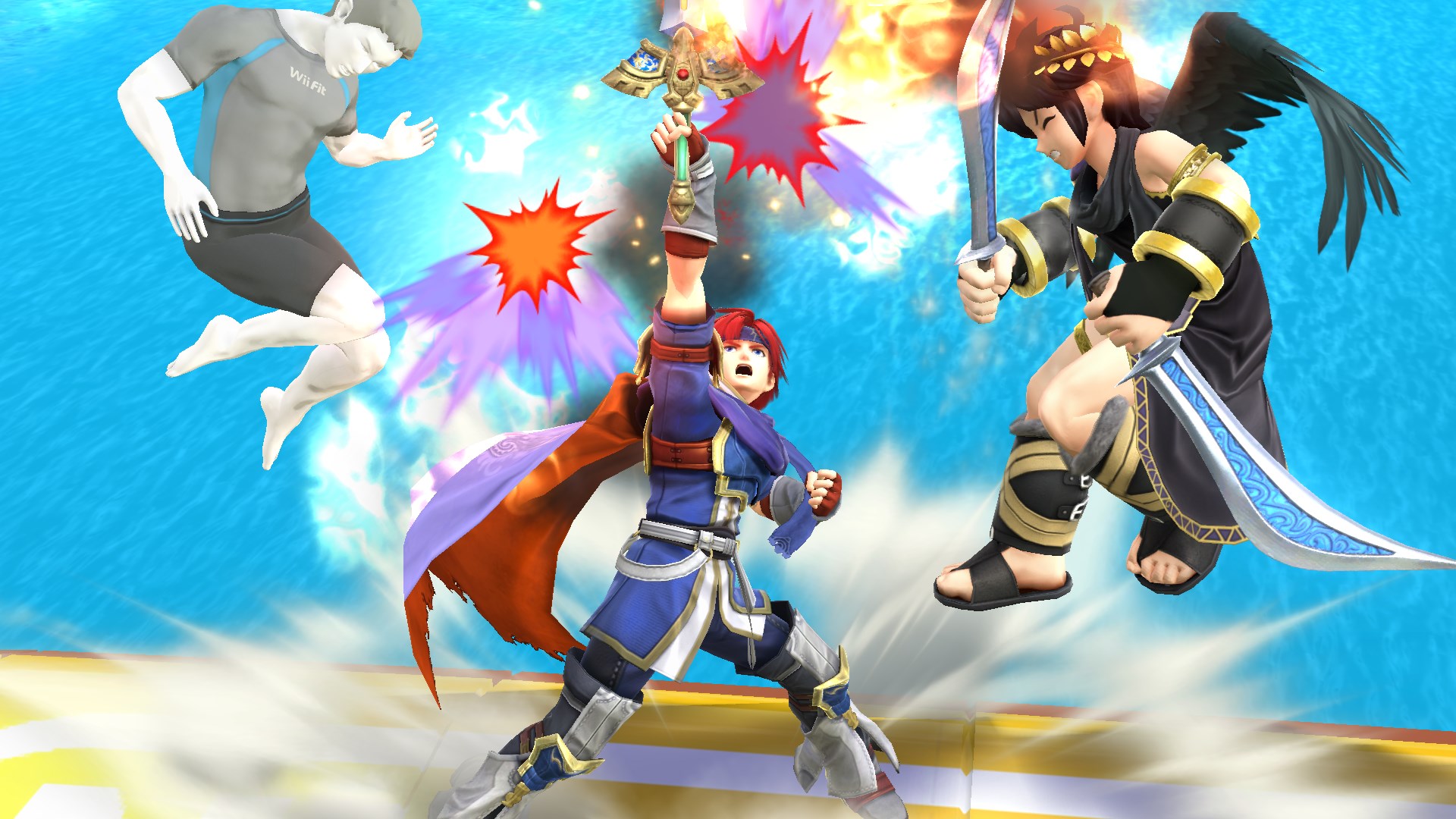 It always takes players some time to figure out exactly which characters in any fighting game are the strongest, and this task becomes especially difficult when patches make slight changes to each fighter’s moves. For instance, Diddy Kong was arguably the best roster member when Smash 4 first came out, but patches weakened the character a bit. Now, a year after release, we have a pretty good idea which characters are Smash 4’s best.

Typically, the strongest fighters have a good mix of speed, throw combos, and quick finishing moves. One of the strongest tournament players, Zero (who won EVO and CEO this year), typically plays Sheik, a fast character who can pull off devastating combos in the air. Another pro, Nairo, mostly uses Zero Suit Samus, another quick fighter with great aerial attacks.

But not every strong character is simply a strong speedster. Rosalina also remains a top contender, thanks to her ability to control multiple areas of a level with her Luma and a move that protects her from enemy projectiles.

The Smash 4 community on Reddit voted to create a tier list in August, which gives us an idea of which characters fans think are currently the strongest. You can see the chart below. 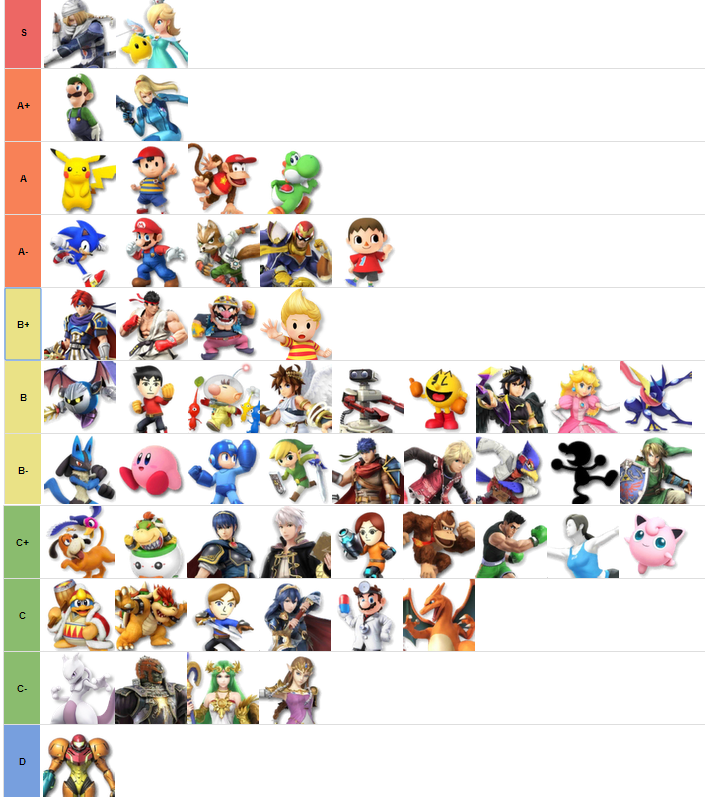 Sheik and Rosalina are at the top, but Zero Suit Samus and Luigi (who’s the worst brother now?) aren’t far behind. Of course, this list can change easily, thanks to patches and the discovery of new strategies.

However, it’s also worth noting that most characters seem to gravitate to the middle of the list, which is actually great. This is a sign that Nintendo’s doing a good job balancing the roster. Really, for those who aren’t pros, you should have a decent chance winning with anyone if you practice enough. 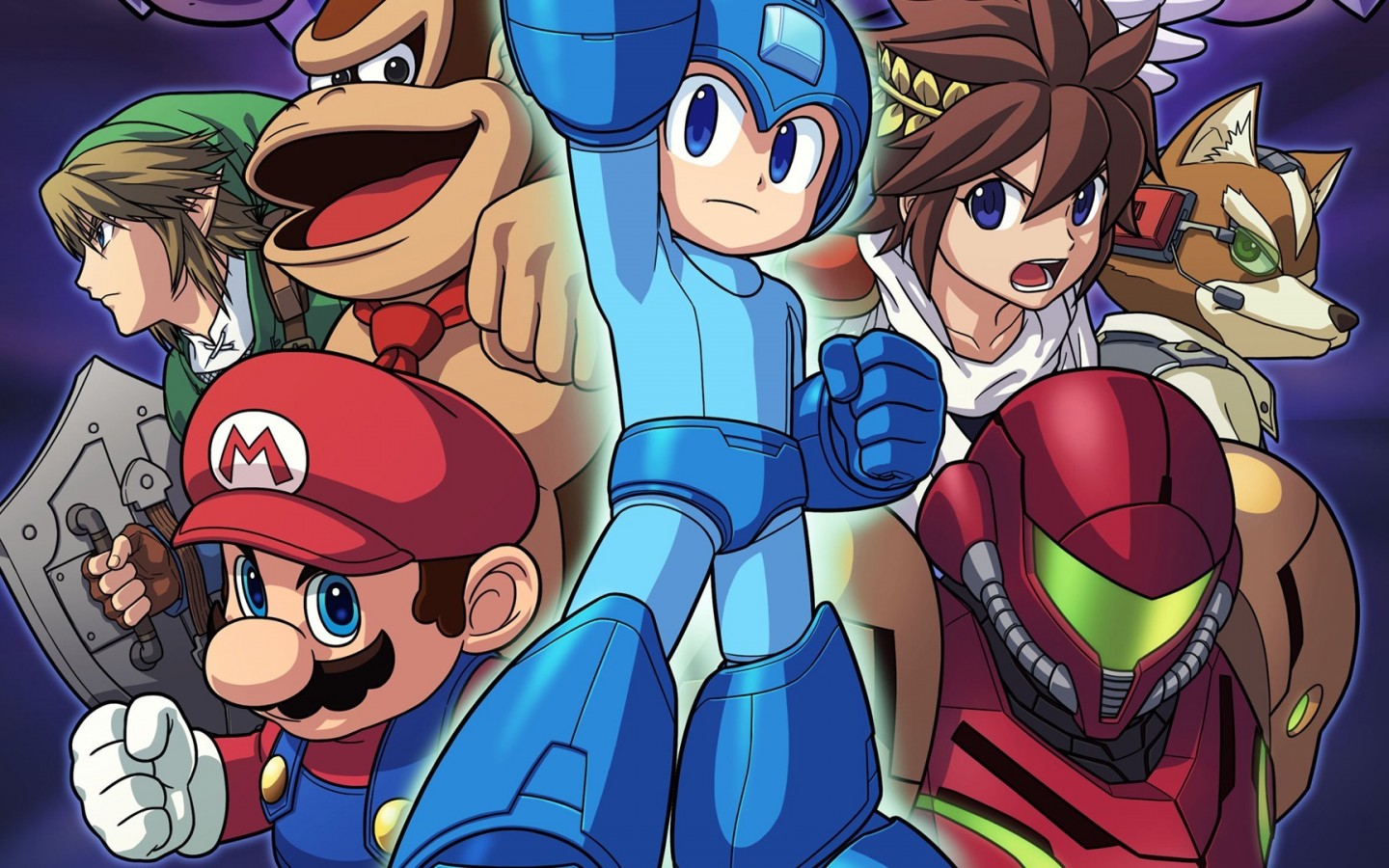 Above: Mega Man was a surprising entry to Smash 4’s roster.

Smash 4 has proven a big hit for Nintendo, and it’s successfully found a way to make extra money after release by selling DLC. We can expect more levels and characters in the future, plus patches that continue to balance the game’s characters.

Nintendo plans to reveal a new console in 2016, the NX. We don’t much about it, but every Nintendo console since the Nintendo 64 has had a Smash Bros. release. Considering the popularity of the series, I can’t imagine that the NX would break that trend.

The question, however, becomes what kind of Smash Bros. will Nintendo release for the NX? With the Wii U and 3DS versions still new and supported with content, the company probably won’t want to start from scratch. Instead, we could see a Super Smash Bros. for NX, which includes the same roster from the Wii U and 3DS versions. This will allow Nintendo to continue creating DLC for Smash 4, even after the Wii U dies.

The point? Smash Bros. 4 has a long future ahead of it.