The 70-year-old toy company, under the guidance of Google, released its Cardboard-powered View-Master on Friday. After going hands-on with the nostalgic headset this week, we’ve reached a verdict.

For tech-savvy parents, kid gamers, and iPad wielding 7-year-olds, the revamped View-Master is worth its $30-plus price.

Just don’t expect an easy setup. Or a mind-blowing immersive experience. If that’s what you want, no such VR kid’s toy currently exists for you. It’ll be a few years before that happens. So, get outta here. Go on, scoot.

If you’re intrigued, we’ve summarized the gadget’s upsides and shortcomings below. So far, we’ve spent three days with Mattel’s toy — in addition to weeks of fiddling with Google’s Cardboard viewer and underlying software. Let’s start with the hardware.

This is not an Oculus Rift. This is a toy. It’s powered by Google’s imperfect Cardboard platform and requires a smartphone. It retails at stores like Toys”R”Us and Walmart for $30. 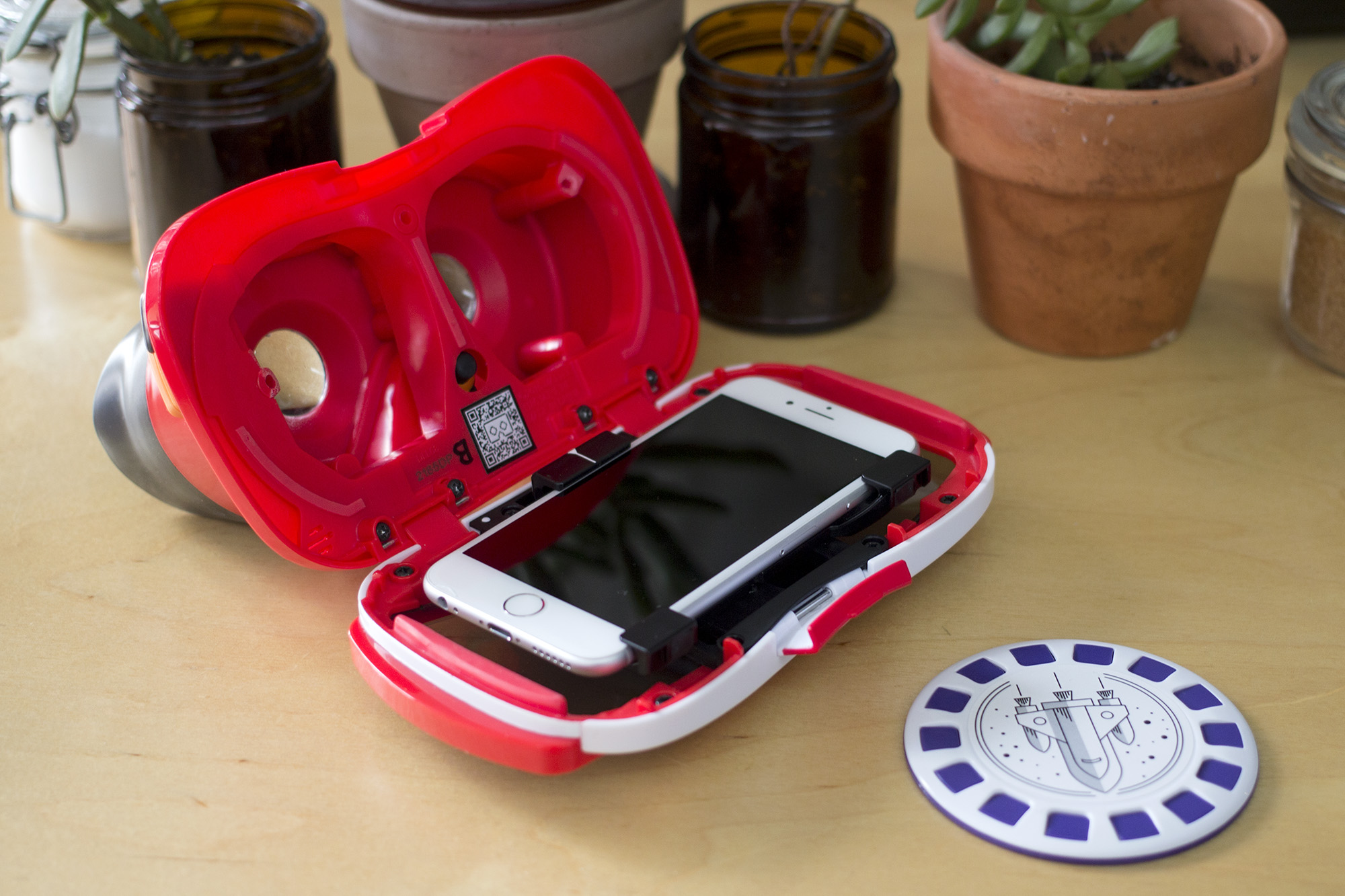 Above: The new View-Master opened up.

The gadget, a classic View-Master shell housing bi-convex lenses and a grip for your smartphone, is pretty sturdy but not entirely bulletproof. And the accompanying reels, which trigger augmented- and virtual-reality experiences, cost a fair $15 for a pack of three.

For geeky, smartphone-owning parents looking to try Google’s VR platform, this is a great deal — considering how flimsy Cardboard units can be.

Plus, Mattel’s headset works with any app made for the Cardboard platform. That’s a nice perk.

If you’ve used Google Cardboard before, you’ll know what to expect from Mattel.

The View-Master’s three experience packs (sold separately) are entirely limited by the quality of Cardboard. The visuals are sort of blurry and aren’t designed for prolonged use. That’s why you can’t strap the unit to your kid’s head like a pair of goggles.

Above: Some of the View-Master experiences focus on wildlife.

Mattel’s work on top of Google’s platform, in partnership with third-parties like NASA and Discovery, is basic but still entertaining. You can look around with a 360-degree range of motion and move by selecting areas with the shutter button. You can’t explore virtual spaces by physically walking around, but if you could, your kid would crash into nearby furniture.

The toy company is kicking things off with educational experiences centered on nature, historical sites, and space exploration. Over time, Mattel will probably take advantage of its diverse IP; a Hot Wheels or Dora the Explorer VR experience could win over hordes of additional customers.

Is it kid friendly? Yes. And no.

Setting up the View-Master isn’t easy. The instructions aren’t super clear. Each experience pack requires you to download a new app.

From there, you have to unlock the experience with an included NFC-powered “passport.” Then, you have to point your headset at a plastic reel, wait for the augmented-reality experience to pop up, and select it. Once you’re in VR land, it’s sort of easy to navigate.

For parents with young kids, that’s when you’ll want to hand over the unit. Older kids will probably move through the process with only a little delay. I struggled at first but can now breeze through it. 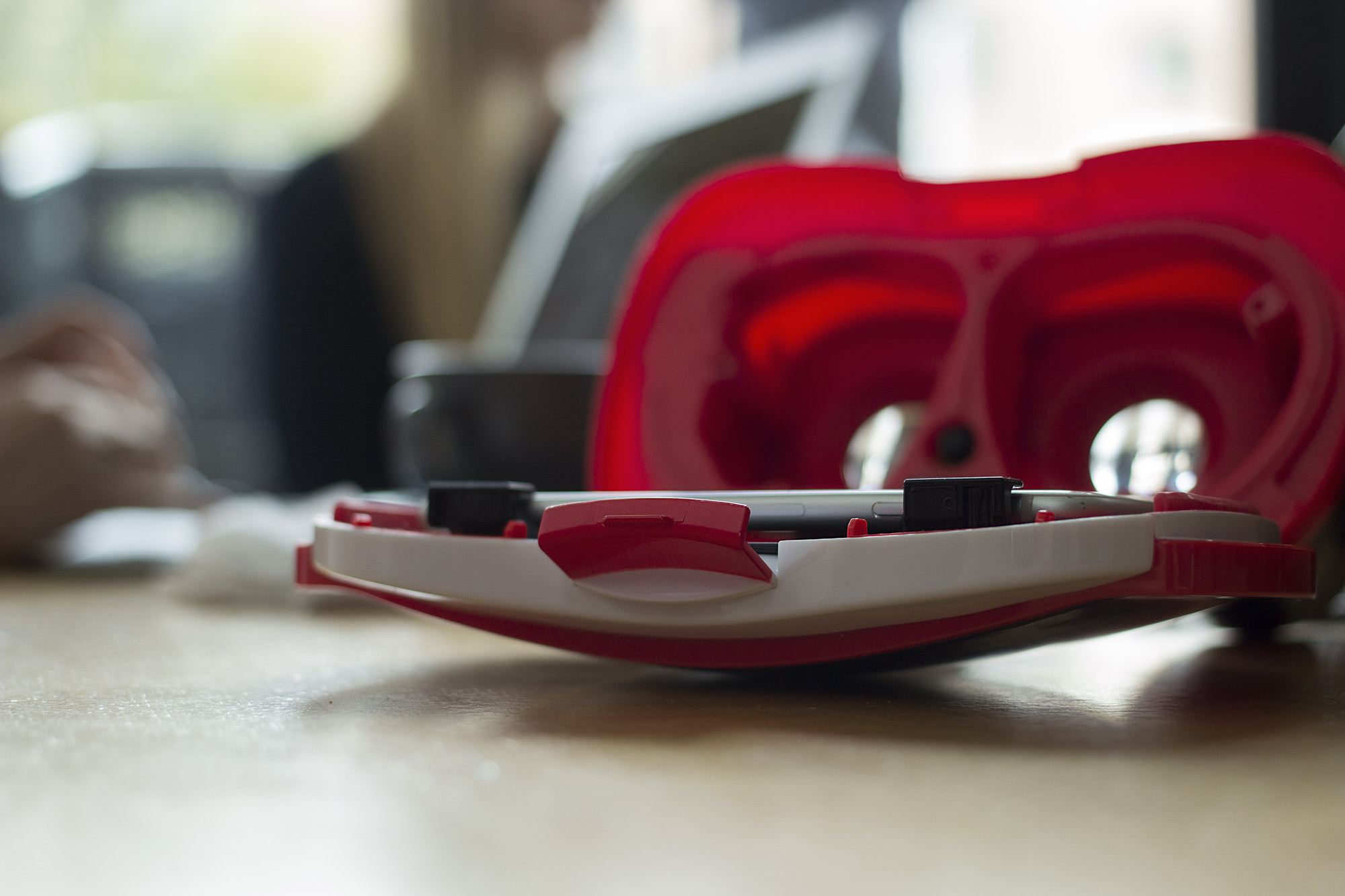 Above: Another shot of the View-Master.

To properly review the View-Master, I had to find a kid.

Living in Hipsterville, Brooklyn, the only child I found was 2. Remarkably, after I set everything up, she held the headset to her face, looked around, and quickly realized what was going on.

“Elephant,” she shouted. I was shocked.

Mattel’s toy was designed for kids aged seven and up, and the box explicitly advises against giving it to kids under the age of 4. And yet, the experience was somewhat accessible to a 2-year-old.

A minute later, she lost interest. But she’s 2. As far as I can tell, Mattel should consider that a major success.

If Mattel’s goal is to make quick, snackable VR fun for kids, this is a strong start. VR is still new enough for us to forgive the View-Master’s flaws. If you’re okay with feeling like an early adopter, the View-Master is worth the $30 price — even if the three experience packs can drive the cost up as high as $75. 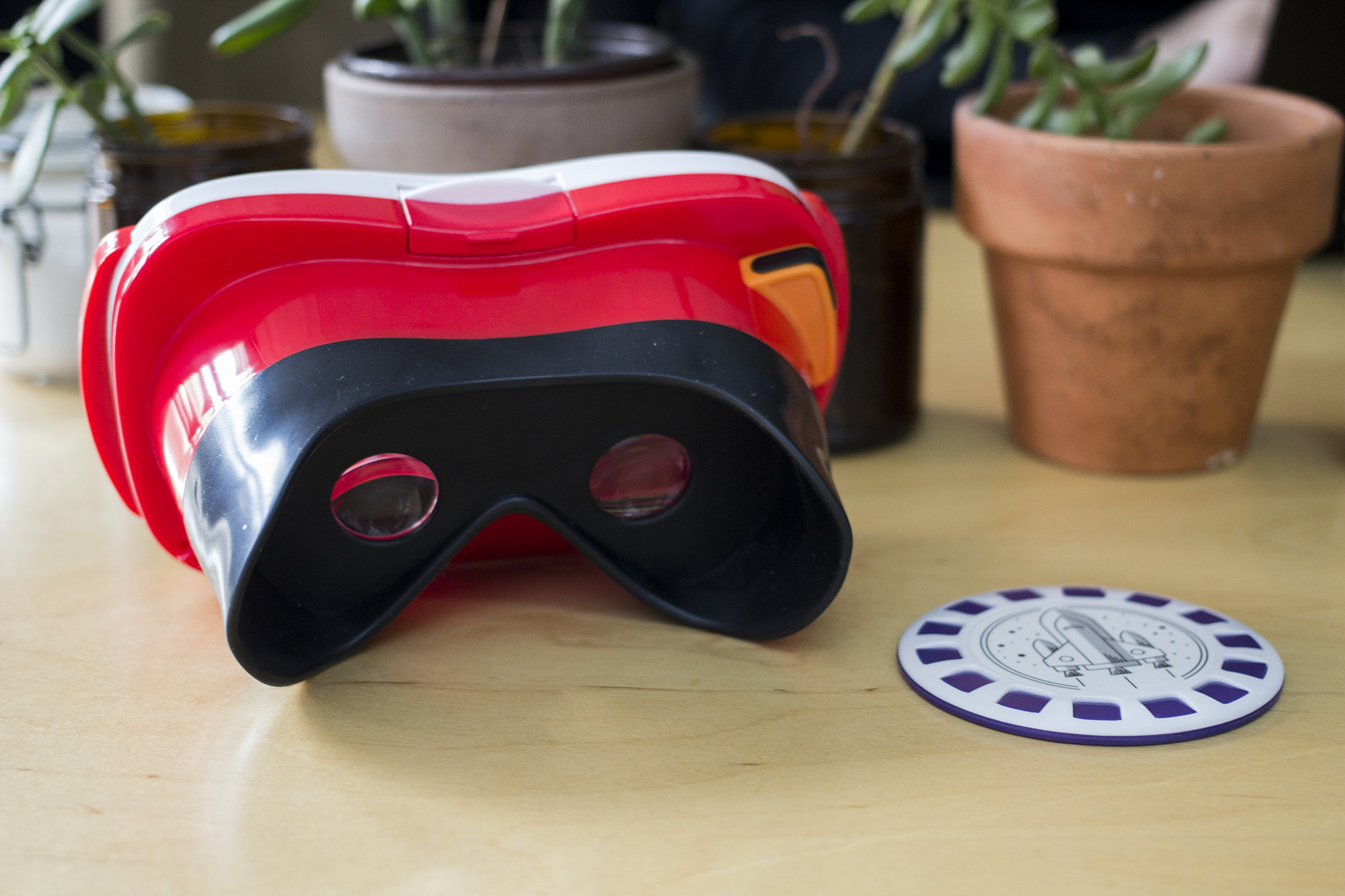