The on-demand economy is certainly alive and well, and brands are definitely paying attention to this business model. Many of these services have become disruptive to incumbents within the hospitality, transportation, food, and many other industries. But should corporations be worried?

A new report from Vision Critical and Crowd Companies suggests that even with all the regulatory hurdles companies like Uber and Airbnb face today, growth continues and adoption of these services is accelerating. In fact, it’s said that more than 110 million people in North America are now part of this so-called collaborative economy that has grown at least 25 percent annually. What does this mean for brands? Companies need to turn to their customers for valuable insights in order to make more informed and customer-centric decisions in this rapidly changing time.

Entitled “The new rules of the collaborative economy,” this 28-page report is aimed at companies looking to not only survive but excel within this on-demand space. In order to do that, there are at least three opportunities a brand can take advantage of: understanding the price, building trust, and making things more convenient. 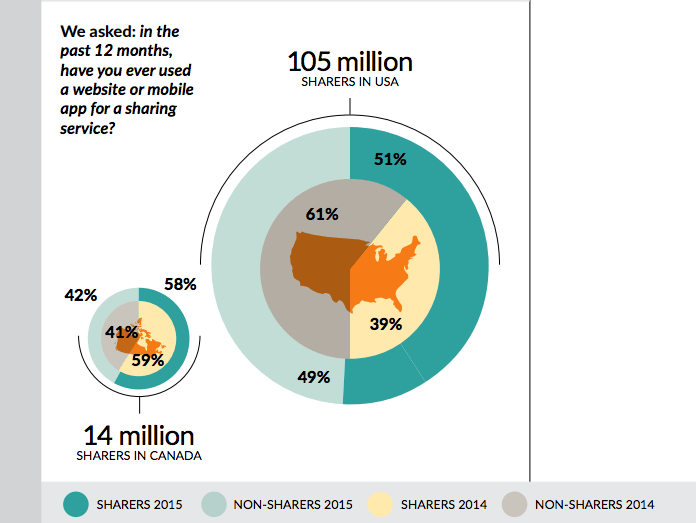 “A year after our first report, it’s clear that this new form of consumption and exchange is not only here to stay, it’s changing what customers expect from all businesses,” said Crowd Companies founder Jeremiah Owyang in a statement. “But even as the collaborative economy has taken off, it’s been plagued by recurring criticisms. Some of the top players in the market now face significant negative sentiment … to that end, with this year’s deep-dive report, we’ve looked at the opportunities the collaborative economy offers to established businesses and how to successfully combat, complement and compete with sharing startups.”

Within the first couple of pages of the report, it’s clear what situation brands are in: “Any company could be disrupted by the next Uber. Customers now whip out their phones to get instant, on-demand access to the products and services they need. Sites like Etsy and TaskRabbit offer people customized goods and real-time assistance while businesses like Pley and Rent the Runway give customers the option of borrowing Lego Toys and Gucci handbags instead of buying them.”

Behold the new business model: one where the traditional role of merchants no longer holds a monopoly. Customers want service when they want it, not when it’s convenient for the provider. Not only does it shake up societal norms, but it also provides new opportunities for people to find jobs.

It’s believed that by 2017, eight in 10 Americans will be participating in the collaborative economy, an increase from the six in 10 that will be using it in the coming year. With such an audience already flocking to use these type of services, how can companies embrace it like Whole Foods has with Instacart; form partnerships like McDonald’s, Starbucks, and Walgreens did with Postmates; and join in the new economy, like Mitchells, Hallmark, and Hershey’s did by participating in Brit+Co’s do-it-yourself expo? 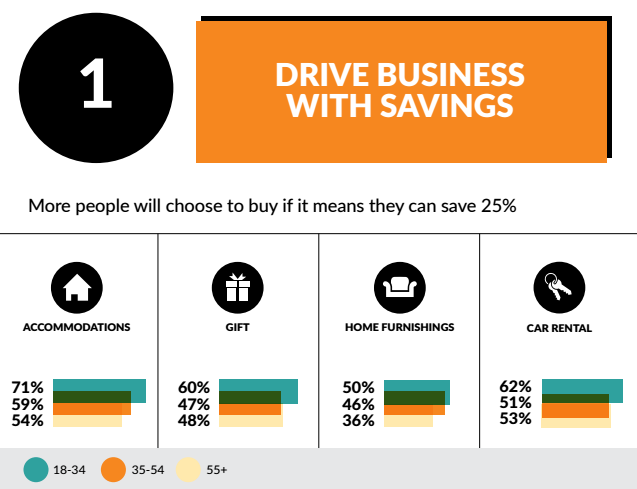 The first point to understand involves saving customers money. The report claims that 82 percent of sharing transactions are at least partly motivated by price. For brands, the opportunity is to leverage this in order to keep or win customers within the collaborative economy. The report suggests that companies should create peer-to-peer marketplaces to allow customers to purchase and sell preowned goods or at least create an environment where customers are able to “maximize the financial benefits of sharing.”

You’re already starting to see it with the likes of Ford, Home Depot, and Walmart establishing peer-to-peer marketplaces. In Ford’s case, it’s leveraging Getaround by encouraging car owners to loan out their vehicles. Walmart has created an aftermarket service that lets people sell their old devices and electronics, creating inventory for a used good marketplace right within the retail store and online. 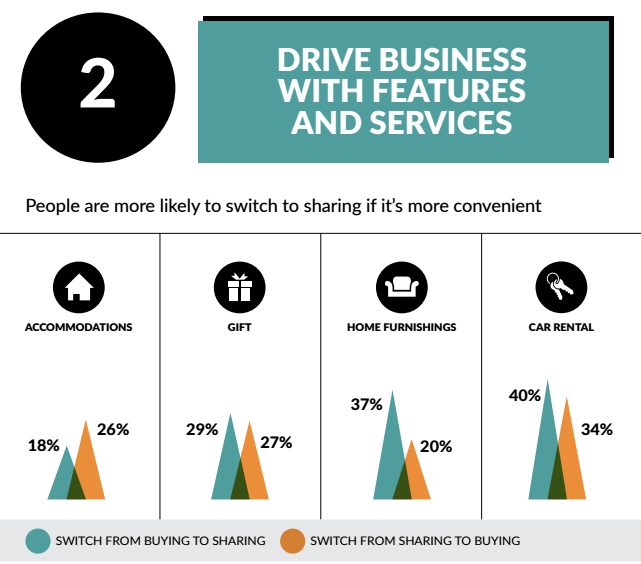 But putting together a program isn’t enough. Another point from this report is that establishing trust with customers is critical — name recognition helped propel the success of many on-demand players. More than 40 percent of North Americans can recognize services like eBay, Craigslist, Etsy, Uber, and Kickstarter. Interestingly enough, 25 percent of potential “sharers” would consider using a traditional buying method if it meant doing business with a reputable brand. So work on your trust and it can play a big part in helping stem the tide of users flocking to a disruptive competitor. 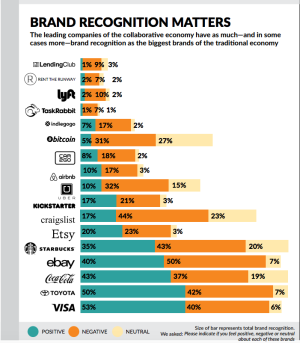 Lastly, if brands can learn anything from the collaborative economy, it’s about convenience. The report concludes that it’s a big part of why people use services that offer one-hour or even next-day deliveries — and this is something brands can compete on. As more sharing services emerge, this report claims that users will become “disassociated with local communities, and traditional businesses may be in a better position to provide the convenience of local goods that appeal to community-minded sharers.”

However, many of these points aren’t without risks. When it comes to trying to compete on price, how low will brands go in order to take on the likes of Postmates, Airbnb, Instacart, and Uber? Will it have an impact on worker conditions and wages?

One area that brands seem to have a leg up is when it comes to recognition. Having been around for much longer than those in the on-demand economy, they’re probably viewed more favorably by the public. The report concludes that “as sharing services become better known, they can attract negative as well as positive sentiment. And that risk is much greater for sharing brands than for conventional brands, because so much of the sharing experience depends on the users themselves.”

It’s important to note that this collaborative economy report doesn’t make any mention of the 1099/W2 issue currently playing out in the marketplace. There are no mentions of how workers should be classified, especially as brands seek to integrate with these on-demand services.

While the sharing/on-demand/collaborative economy is still moving forward and spitting out plenty of new companies, it seems that although some brands are getting it, it’s not without some trepidation. But this movement seems to be catching on.