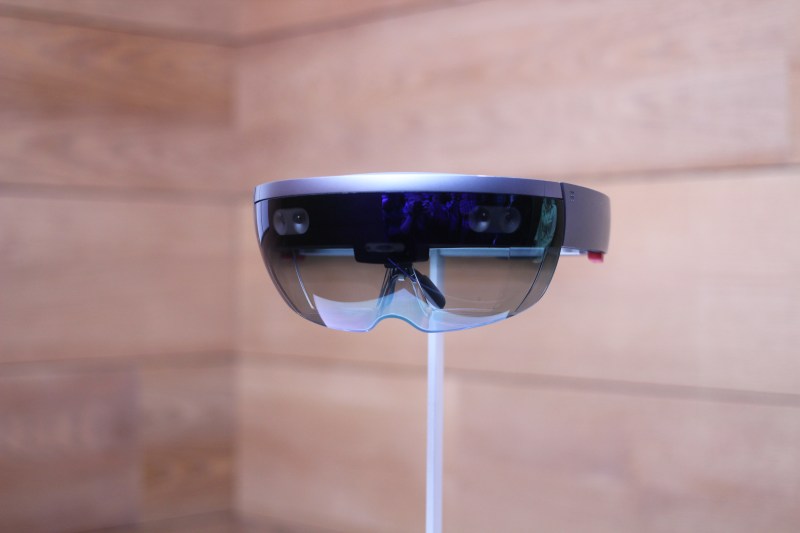 Microsoft kicked off its big hardware event in New York today with wearable holograms for its HoloLens gaming platform.

The on-stage demonstration showed a game player wearing a HoloLens headset with a weapon formed around his hand. He used this to do battle with some scary-looking robo-monsters. Microsoft is taking applications for the developer kit starting today, and it will cost $3,000. They expect these kits to ship the first quarter of 2016. 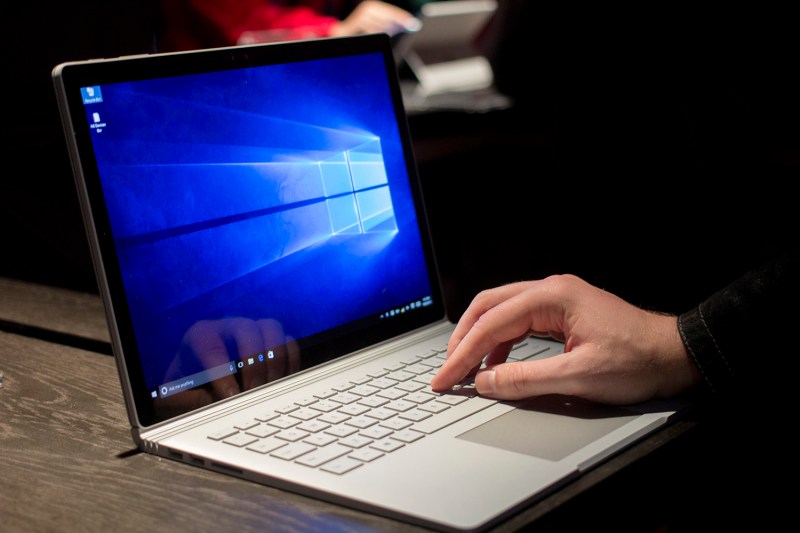 Today’s big announcement was Microsoft’s new Surface Book. It’s a little bigger than Microsoft’s tablet-laptop Surface hybrid with a slightly larger screen: 13.5 inches, with a resolution of 267 pixels per inch. 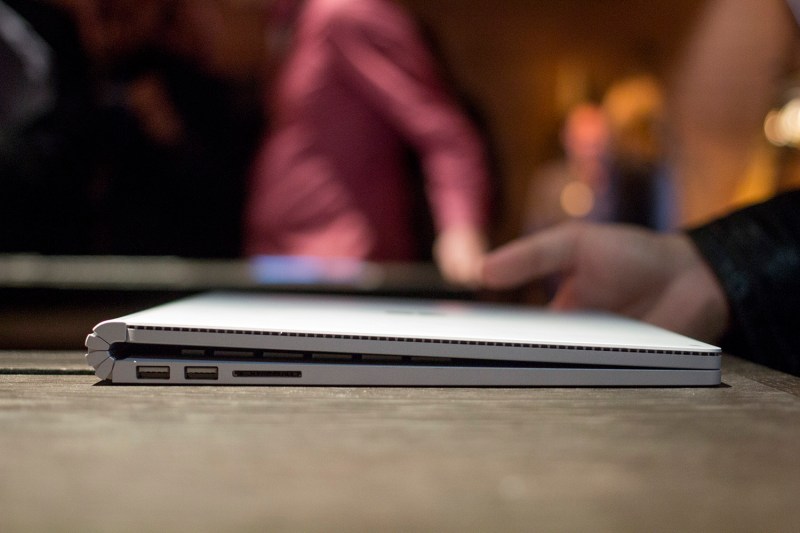 The keyboard can detach from the display and be used as a tablet, albeit a heavy one. It also features a touch-sensitive display that works with Microsoft’s new Surface Pen. 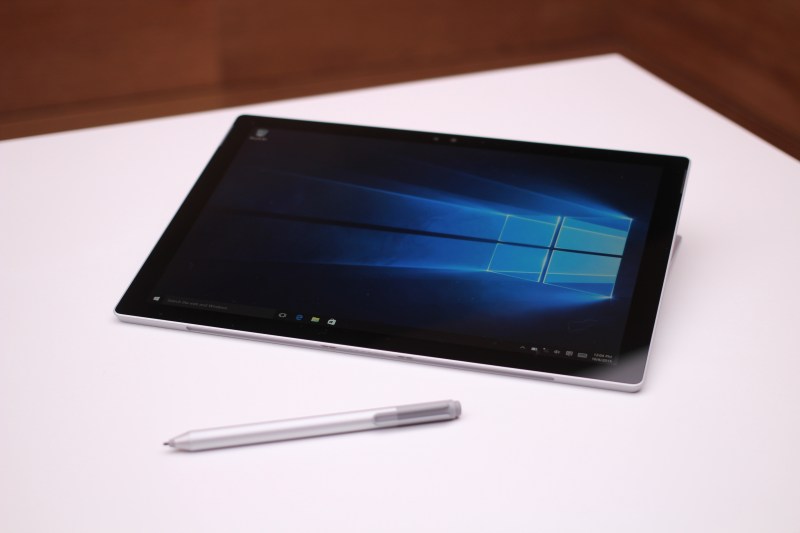 Seemingly in answer to Apple’s new Pencil, Microsoft has developed a new version of its stylus, the Surface Pen. The device is designed to work well with Microsoft’s new Surface Pro 4 and the productivity and creative apps that run on it.

The tip of the pen is very sensitive, allowing it to detect 1,024 levels of pressure. It has an eraser on the end. It magnetically attaches to the top of the Surface so that it can be stowed or grabbed easily.

Users can get the pen in five colors — silver, gold, red, blue, and black — and 24 different pen tips. 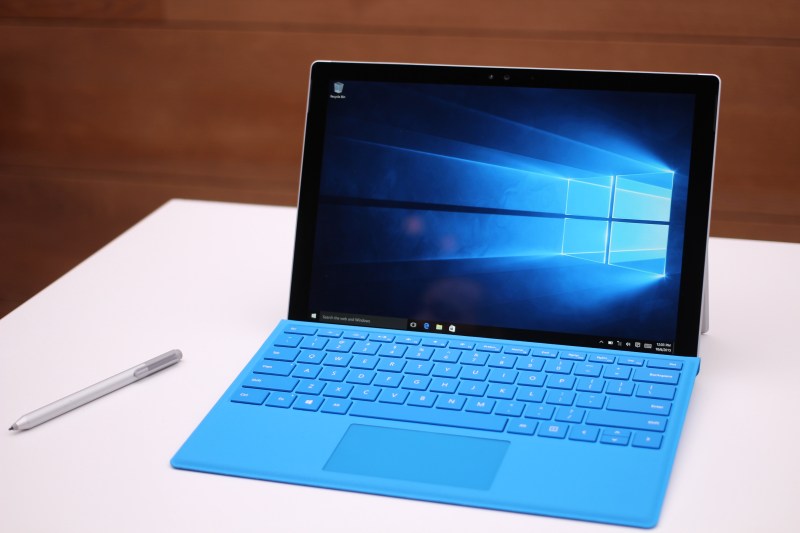 Microsoft today unveiled the Surface Pro 4, starting at $899. The biggest highlight: The device’s bezels have been reduced to cram a slightly larger screen (12.3-inch versus 12.0-inch, 267 ppi versus 216 ppi) into a tablet that is still the same size. Like the Surface Book, the Surface Pro 4 also works with the Surface Pen. 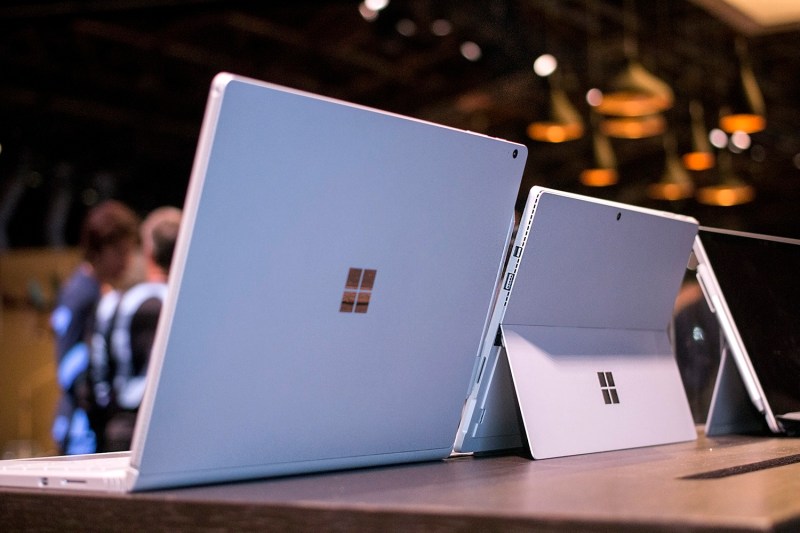 Don’t get us wrong: The Surface Pro 4 has notable improvements over the Surface Pro 3, but it’s not hugely different. It’s thinner, lighter, and faster. It has a better-designed hinge, a better camera, and so on. The ports are the same. Yet none of that is what you’ll really notice from using it, unless you’re explicitly using one beside the Surface Pro 3.

Check out the full review here. 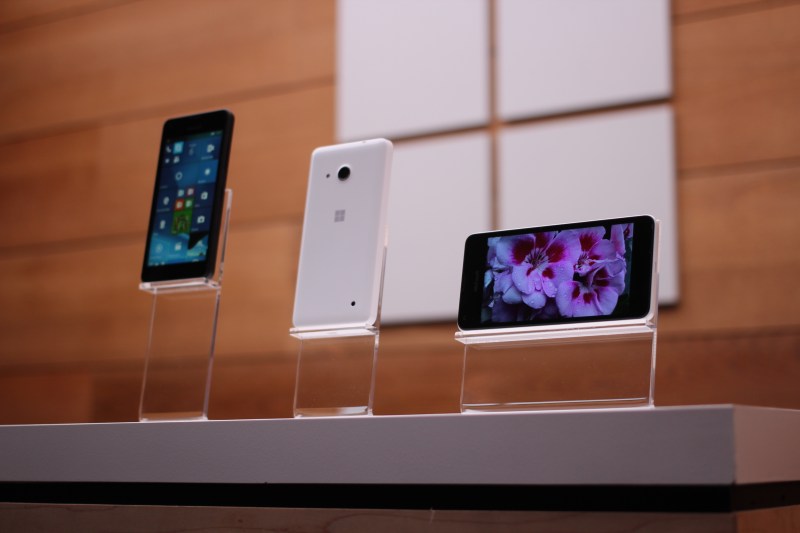 Among Microsoft’s other devices was a new budget-minded smartphone, the Lumia 550. The $139 device is set to launch this December.

Microsoft unveils its next flagship smartphones, the Lumia 950 and 950XL 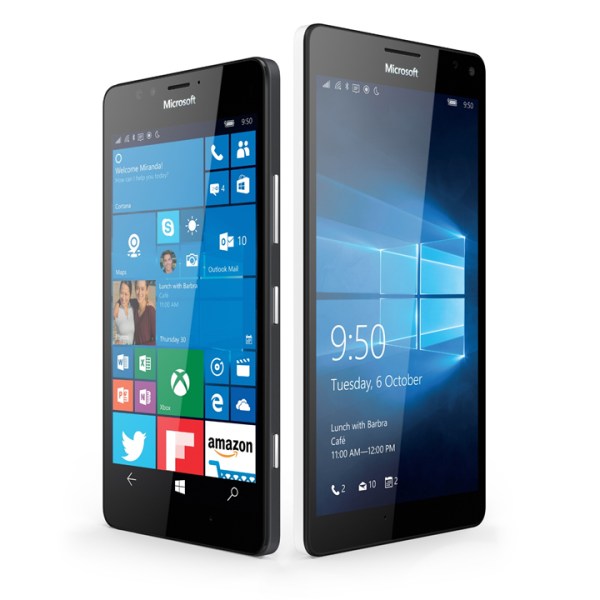 The new Lumia flagships aren’t terribly sexy-looking phones, and they’re not radical departures, design-wise, from earlier Lumias, but they are powerful.

Microsoft unveils Display Dock, a Lumia accessory that turns your Windows 10 phone into a PC 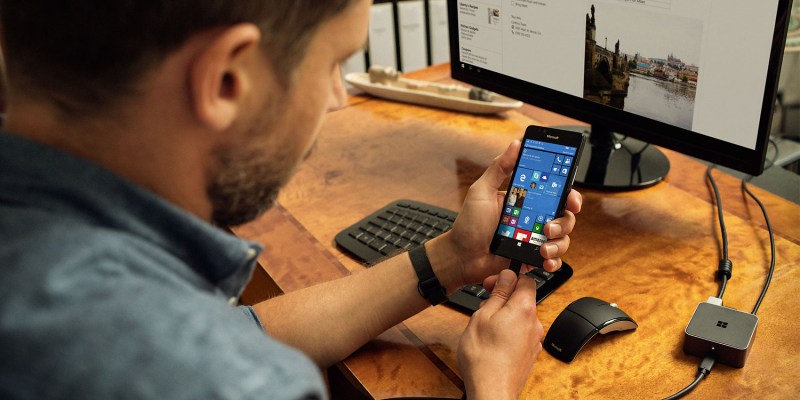 Microsoft also debuted the Display Dock today. This accessory extends your Windows 10 phone into a PC-like experience, though Microsoft did not share a price.

The feature that makes this possible is called Continuum. In short, if you connect an external display, mouse, and keyboard to your phone, you can use it like a basic PC.

The Display Dock features a USB Type-C connector for the phone, a DisplayPort for an external monitor, and three traditional USB ports for input devices like mice and keyboards. Windows 10 Mobile’s apps and user interface scale up to the larger display. 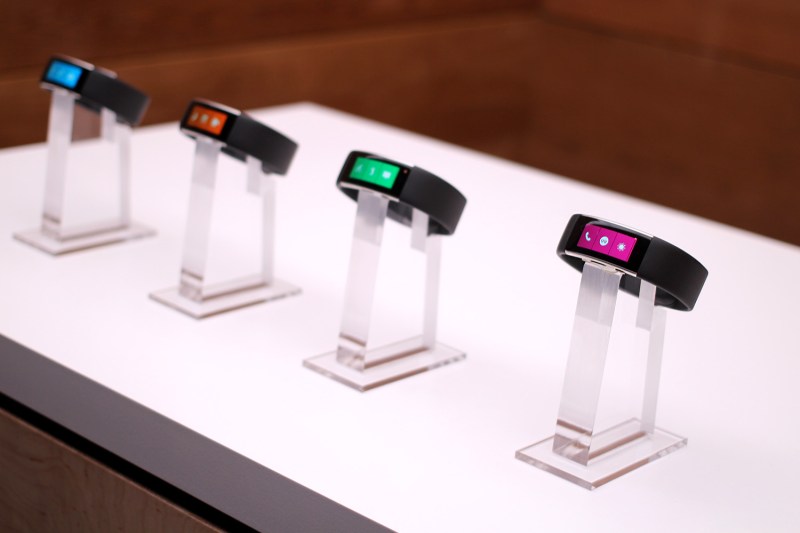 Today Microsoft unveiled its second go at a fitness wearable: the Microsoft Band 2. The smart bracelet launches October 30 and will retail for $249.

The Band 2 features a curved display and additional sensors, and is expected to be available in more countries on launch day than its predecessor. The redesigned display is now apparently more touch-sensitive, and features built-in GPS, UV monitoring, sleep tracking, and calorie tracking, as well as notifications for calls, texts, and email updates. It also now comes with a barometer.

Windows 10 is now installed on over 110 million devices 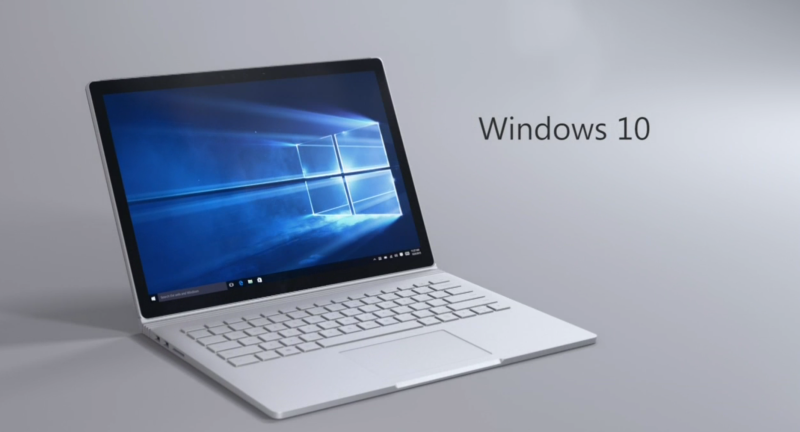 Of course, what would any tech event be without the release of new company stats?

Microsoft announced Windows 10 is now installed on over 110 million devices. It took the latest and greatest operating system from Microsoft just 10 weeks to enter the 9-digit range.