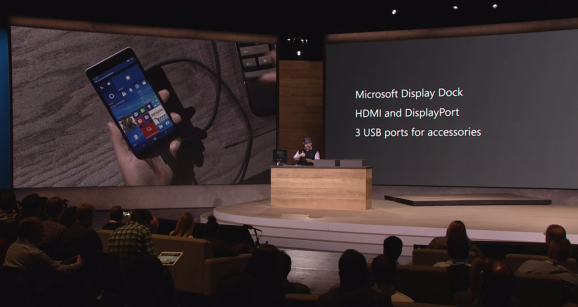 At its Windows 10 hardware event today in New York City, Microsoft unveiled the Display Dock. This accessory extends your Windows 10 phone into a PC-like experience, though it reportedly will cost $99.

The feature that makes this possible is called Continuum. In short, if you connect an external display, mouse, and keyboard to your phone, you can use it like a basic PC.

Continuum even supports PC features like Alt-Tab, for switching between apps. You can still use the phone while the desktop user interface is displayed on the external monitor. 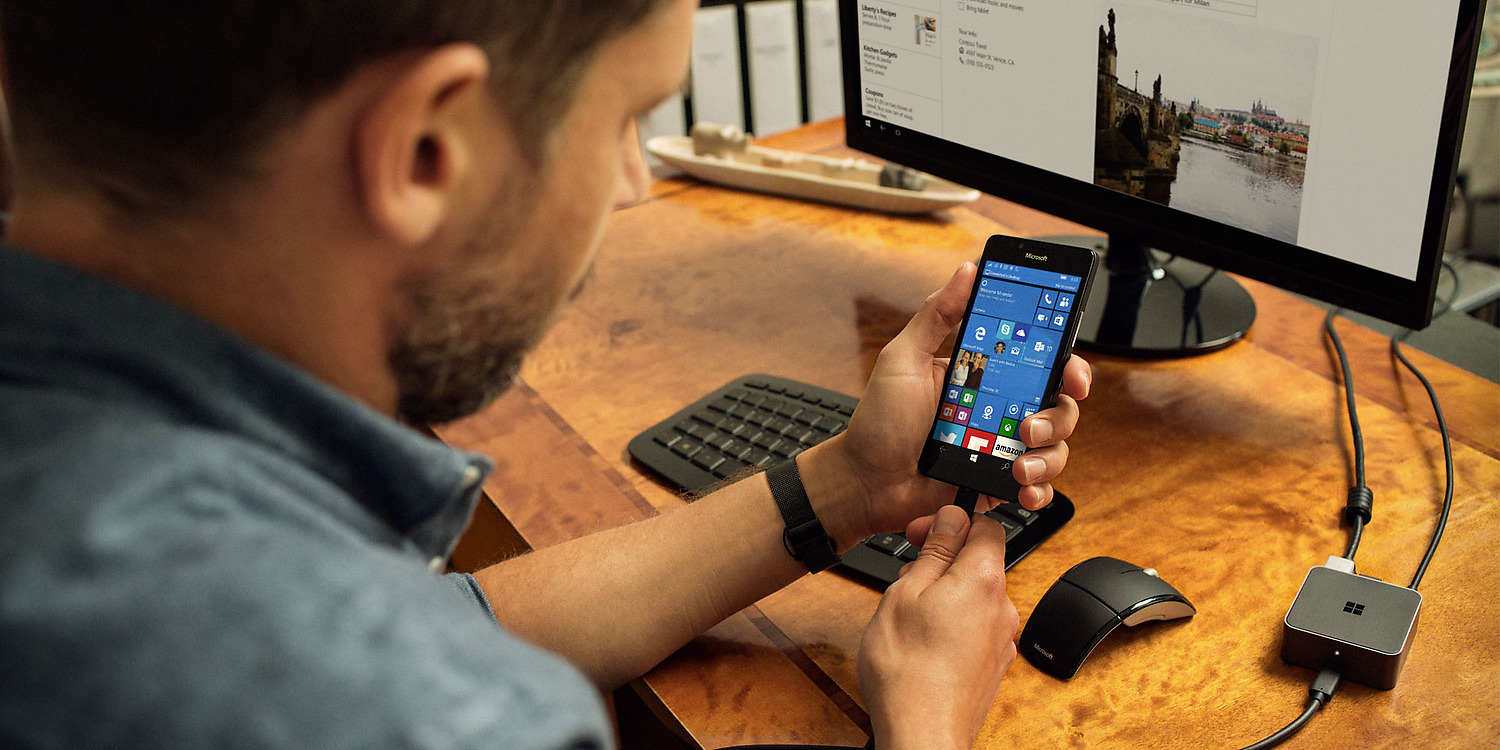 The Display Dock features a USB Type-C connector for the phone, a DisplayPort for an external monitor, and three traditional USB ports for input devices like mice and keyboards. Windows 10 Mobile’s apps and user interface scale up to the larger display.

Microsoft is aiming to have 1 billion devices running Windows 10 “in two to three years,” though that includes not just PCs, but smartphones, consoles, and other devices as well. While PCs are naturally Microsoft’s biggest strength, the company is trying once again to tackle mobile by bridging the gap between smartphones, phablets, and tablets.

Update on October 12: We finally have availability details and a price.

“The Microsoft Display Dock will begin a global rollout timed to the sales start of Lumia 950 and Lumia 950 XL and will be available through microsoftstore.com, Microsoft retail stores, partner operators, authorized resellers and select partner retailers,” a Microsoft spokesperson told VentureBeat. “It is estimated to retail for $99 USD, excluding taxes.”