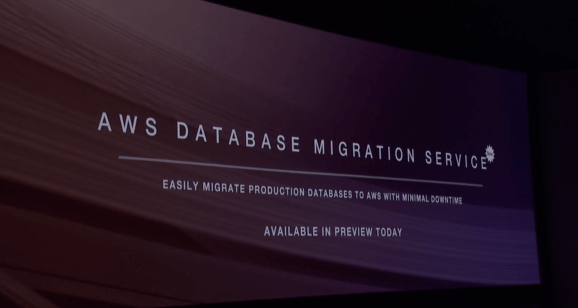 There’s now a Database Migration Service that allows companies to easily move databases to AWS that takes 10 to 15 minutes to set up. The promise here is to run the same databases in the cloud at a lower cost.

But databases are complicated pieces of software. To make things simpler, AWS today introduced a free Schema Conversion Tool that automatically changes up schema and database code so that existing databases can work with the ones available on Amazon’s public cloud.

If the service doesn’t have a good solution, it will let users know about it, along with some potentially useful information. A company’s database admin can take it from there.

“We think we’ll be able to address about 80 percent of those automatically,” AWS senior vice president Andy Jassy said at the AWS re:Invent conference in Las Vegas today.

“You don’t have to worry about the creator of MySQL,” Jassy said.

A blog post on the MariaDB engine is here.

You can run a MariaDB database on top of other public clouds, like Google Cloud Platform and Microsoft Engine, but neither one has a dedicated MariaDB engine.