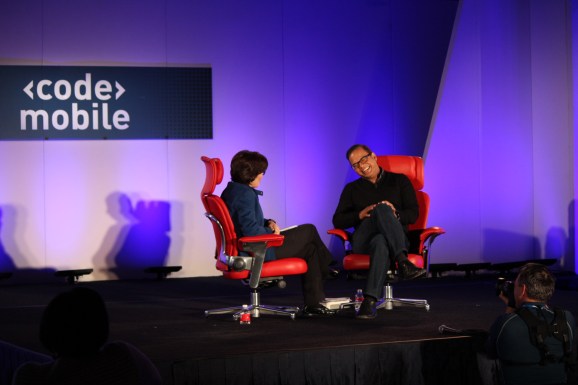 At some point this summer, Google said, there was a tipping point: Now the majority of web searches happen on mobile devices.

Singhal said more than half of the 100 billion Google searches a month take place on mobile — that is, smartphones.

The rapid movement of search to mobile is heavily affecting the way companies advertise around search, as well as how Google tracks advertising performance.

He also spoke about Google’s new Accelerated Mobile Pages initiative, in which Google caches publishers’ web pages on its servers in order to serve them to mobile devices faster.

Singhal oversees Google’s search team, which he said is working on new forms of search for mobile devices — such as Google Now voice search.

CORRECTION: An earlier version of this story said that 1 billion searches take place on Google each month. Actually it’s 100 billion. We regret the error.