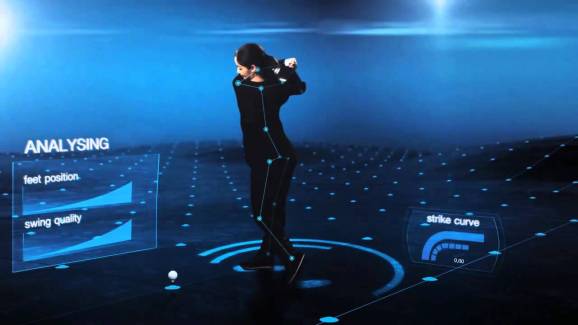 Sony has completed the acquisition of Softkinetic Systems, the maker of body-sensing and image-recognition technology.

Softkinetic, based in Brussels, Belgium, has been developing “time-of-flight” range image sensors for years in the hopes of creating the next-generation user interface for computers, game machines, and mobile devices. Its goal has been elusive, but cousins of its technology are used in the Wii video game console and Microsoft’s Kinect body sensors for the Xbox 360 and Xbox One game consoles.

Softkinetic’s technology works by resolving the distance to an object by sending out light in all directions. The light reflects from the object and bounces back to the image sensors. The system and software for the sensor then figure out how much time it takes for the light to bounce back. Then it calculates the distance and shape of the object that the light hit. In doing so, it can map a 3D space. .

Softkinetic will now be a subsidiary of Sony, which has also created motion-sensing and gesture-control technology over the years. The companies said that Sony will focus on combining Softkinetic’s time-of-flight range image sensor with its own technologies to design next-generation image sensors and solutions for broad sensing-related applications. The companies didn’t say what the purchase price was, but Sony said there will be no material financial impact on its results for the fiscal year ending March 31, 2016.

Michel Tombroff is the longtime chief executive of Softkinetic. The company has 77 employees, and its primary business is the development and licensing of sensors, software, and sensor modules.

“We are very excited to be part of Sony, the world’s largest sensor manufacturer,” Tombroff said in a statement. “Sony is the perfect partner for Softkinetic, and we look forward to leverage Sony’s formidable assets to further drive the 3D vision market.” 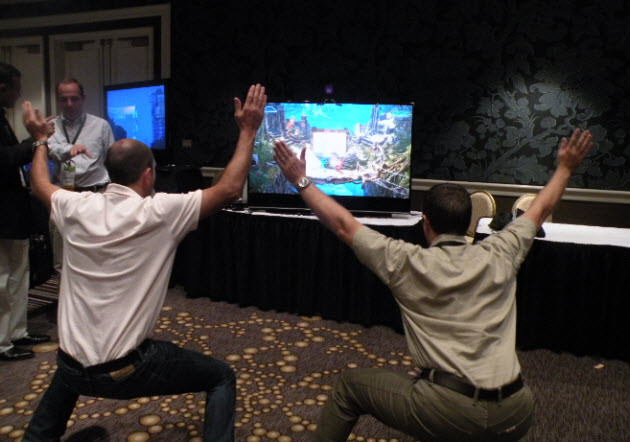 Above: Softkinetic has been showing of body-recognition tech since 2009.